“More than 20 percent of about 100 neighbors also complain of similar physical disorders. They said their symptoms become less severe when the windmills stop due to mechanical troubles and other reasons.” 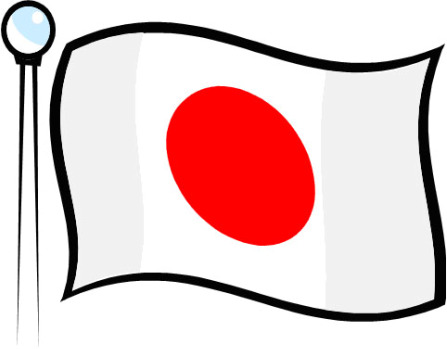 “Wind Power Has Its Own Environmental Problems”

Wind power generation is expected to be a clean and environmentally friendly natural energy source, but a new kind of environmental problem has surfaced as infrasonic waves caused by windmills are suspected of causing health problems for some people.

Kondo’s neighborhood is about 350 meters away from a group of windmills.

More than 20 percent of about 100 neighbors also complain of similar physical disorders. They said their symptoms become less severe when the windmills stop due to mechanical troubles and other reasons.

Currently, the relationship between such physical disorders and the windmills is not clear. But infrasonic waves generated by the windmills’ rotors is suspected to be the cause.

The sound waves oscillate once to 20 times a second, a frequency too low to be heard by human ears.

Similar complaints also have been reported in Aichi, Ehime and Hyogo prefectures, but it is not known whether these are connected to naturally occuring noise.

Operators of such windmills are very concerned about what measures should be taken. One of them said, “Even if we measure sounds from the windmills, no numerical differences are found from those in the natural environment.”

Extrapolating the causal relationship is difficult for a number of reasons:

» Effects are changed by psychological factors. For example, unpleasant sounds make people more uncomfortable than pleasant sounds, even at the same volume.

» The causal relationship between the physical disorders and the sounds has not been clarified.

In 2004, the Environment Ministry set guidelines for local governments on dealing with problems caused by infrasonic noise.

The guidelines were issued mainly because of reports of damage at factories and construction sites caused by infrasonic noise at the frequency of 20 hertz to 200 hertz.

The infrasonic noise from windmills is not covered by the guideline as the frequency is lower.

Windmills are not covered by the Noise Regulation Law, which regulates noise levels at factories and construction sites, or by the Law for Assessment of Environmental Impacts, which stipulates that effects to surrounding areas should be assessed prior to the start of a large development project.

No research papers have been published, either at home or abroad, that analyze the relationship between infrasonic noise and human health.

Fumitaka Shiomi, 85, a doctor in Wakayama Prefecture who has studied infrasonic noise problems for 30 years, said: “There is health damage caused by infrasonic noise. Unless measures are taken immediately, a serious problem will occur.”

But Tomohiro Shishime, chief of the Environment Ministry’s Air Environment Division, said, “First, we’ll examine the real situation.” The ministry is at the stage of asking local governments to collect complaints.

Izumi Ushiyama, dean of Ashikaga Institute of Technology, which is promoting the use of windmills, said, “While listening to opinions of both business operators and residents, we’ll search for a solution.”

Wind power generation also poses a danger to birds, which are often struck and killed by the spinning vanes of the windmills. The Environment Ministry confirmed 13 such bird strikes in which white-tailed eagles, a rare species, were killed since fiscal 2003.

More white-tailed eagles have been killed in bird strikes by windmills than by running trains. A golden eagle was found dead near a wind power facility in Iwate Prefecture last year-the first death of a rare species confirmed near the facility.

Yukihiro Kominami, deputy chief of the nature conservation office at the Wild Bird Society of Japan, said that those cases are just the tip of the iceberg. “We have to find out the problem of the locations as soon as possible, or we will see the damage to the bird population continuing,” he said.

Some people argue that a windmill twirling around on a column dozens of meters high spoils the scenery in the area.

Residents in Nagano Prefecture organized to oppose the building of a wind farm there. The prefectural government then made a map showing the effects on nature and scenery of the proposed windmills. An official in charge said “We want the businesses to assess environmental issues and to explain them well to local residents, using this map.”

There is a growing consensus among experts that wind power generation projects should be subject to the environment impact assessment law. The ministry plans to consider the idea, including the possibility of amending the law, at the Central Environmental Council.

“Wind power generation has been a business success, costing less than solar power generation,” said Tetsuya Iida, head of the Institute for Sustainable Energy Policies, a nonprofit environmental organization. “There must be a path for residents and nature to coexist. The central government must consider establishing a framework to support finding that way.”