"A thumping headache, like someone belted me over the head with a plank of wood." (Australia)

·
“‘When the wind is blowing north I got a thumping headache, like someone belted me over the head with a plank of wood and I didn’t know whether to go to the hospital or what to do. You couldn’t really work.’  It was only after the 57-year-old couple travelled to their other property, in Donald, in northern Victoria, and instantly felt well again, that they wondered whether the turbines were churning away at their health.” 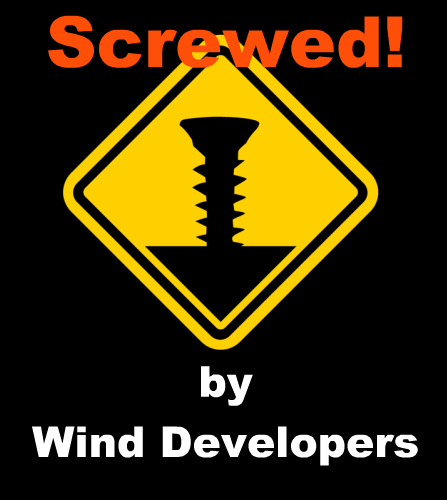 For 35 years, Noel and Janine Dean lived on a small western Victorian farm, where they raised crops, cattle and three children.

They planned to spend the rest of their lives on that lush, green plot of land, but that would change three years ago, when an executive driving a red BMW approached the gates of their property, wound down his window and asked: “You got anything against wind farms?”

“As long as they’re not noisy I don’t,” replied Mr Dean, who had no objection to his Waubra neighbours—most of them struggling farmers—earning tens of thousands of dollars a year leasing their pastures to Spanish-based renewable energy company Acciona.

Three months ago the first of 128 turbines started turning and almost instantly Mr Dean became sick. He started waking with headaches, initially dull but, over time, sharp and debilitating.

“I was waking up two days in a row with headaches, I’d have to take Panadol but they’d be gone by dinner time,” he said. “When the wind is blowing north I got a thumping headache, like someone belted me over the head with a plank of wood and I didn’t know whether to go to the hospital or what to do. You couldn’t really work.”

His wife also began experiencing an inexplicable malaise. At first she put her nausea, sleeplessness and uneasiness down to a new diet. Then she thought it might be menopause. It was only after the 57-year-old couple travelled to their other property, in Donald, in northern Victoria, and instantly felt well again, that they wondered whether the turbines were churning away at their health.

Now the couple have packed up and moved permanently to nearby Ballarat. They want the energy companies and policy-makers to stop and consider the possible health effects of wind farms before meandering lines of turbines start popping up across the countryside to meet the government’s 2020 renewable energy target endorsed by the Senate this week. In Waubra alone, a further 60 turbines are flagged for instalment.

US doctor Nina Pierpont has coined the term “wind-turbine syndrome” for a raft of symptoms, including insomnia, headaches, dizziness, nausea and depression, experienced by people living in close proximity to wind farms. The problems are said to be caused by constant exposure to low-frequency vibrations and inaudible sound pressure, as well as the constant flicker of light generated by the spinning blades.

To better understand the noises and vibrations being generated by the wind farm, Mr Dean purchased a decibel, or sound pressure, reader. In consultation with Graeme Hood, an engineer with the University of Ballarat, Mr Dean conducted tests over several days in his bedroom.

When he measured the sound pressure for audible noise the wind turbines registered a mere 20 decibels, equivalent to the sound of a whisper or the rustle of leaves. But when Mr Dean set the reader on another frequency, measuring audible and inaudible noises, he said the sound pressure from the turbines registered between 70 and 80 decibels, akin to being within proximity of a vacuum cleaner or power drill.

Now Mr Hood is undertaking a series of control tests of his own to determine more clearly how much sound pressure the wind turbines are creating in Waubra. “There is a possibility they (the turbines) are generating frequencies below audible tones,” Mr Hood said. “Many people say that if you can’t hear it, you’re not affected by it, but other people say things like infrasound—or inaudible noise—can resonate in body cavities and cause other types of problems.”

It is a notion that Acciona, the energy company behind the Waubra wind farm, firmly rejects. In a statement to The Weekend Australian, a spokesman said: “There is no clear, consistent scientific data, nor a peer-reviewed expert scientific consensus, to confirm a causal association between modern wind turbines, low-frequency noise and health concerns. That is the position of Acciona Energy in response to a resident’s allegation of ill health said to be associated with claimed low-frequency noise, or infrasound, generated by the company’s Waubra wind farm.”

Federal Environment Minister Peter Garrett last month released a wind farm policy statement to help energy companies navigate the layers of state and federal legislation relating to energy levels. As chair of the Environment Protection and Heritage Council, Mr Garrett will also work with state and territory governments to develop a set of guidelines for wind farms for consideration next year. His office was not able to say yesterday whether the council has considered regulating the level of low-frequency, sub-audible noise generated by wind farms as well as the audible noise.

In Waubra, it is not just the Deans who are experiencing worrying symptoms since the turbines began spinning. Chef Trish Godfrey ploughed her superannuation into a 4ha block at Waubra nine years ago. Like the Deans, she was paid a visit by the same executive who asked her if she would oppose a wind farm.

“We anticipated that there would be about 15 turbines around us, and that we could plant trees to screen them. All of the farmers around us wanted the wind farm and we didn’t want to argue,” she said.

Now, as Ms Godfrey prepares food for delivery from her kitchen inside her dream home, she looks out on 65 turbines that surround her on all flanks. She is convinced her health is suffering. “It feels like I have a head-cold coming the whole time. It’s like motion sickness that never goes away. Some days it’s worse than others. I am a very energetic person and by mid-afternoon all I want to do is sleep,” she said.

Ms Godfrey is devastated that the value of her property—now, as she describes, in the eye of an industrial estate—would have dropped through the floor. “We have no quality of life and who would want to buy our house now? What was to be our superannuation has now gone,” she said, sobbing.

Neighbour Maggie Reid, whose blood pressure has soared in the past three months, said the wind farm has been a sorely divisive venture for the community.

“It’s split the community into the haves and the have-nots. You try to raise your concerns and all you hear is, ‘You’re just jealous you don’t have them,'” Ms Reid said.


Comments Off on "A thumping headache, like someone belted me over the head with a plank of wood." (Australia)