"I couldn’t understand why I was suddenly feeling very unwell." (United Kingdom) 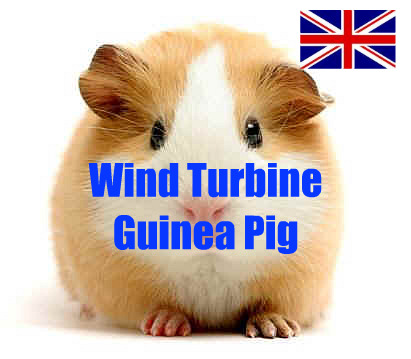 There seems to be a great deal of controversy about the effect of wind turbine noises on human health.  I can assure everyone who needs to know, that some people like myself have found it impossible to live near them.

I had lived on our family farm for 27 years. I was living in the community where I grew up and where some of my family still live.  We had invested a great deal of our time into our home, and had even built a retirement home for ourselves, the place where I wished to spend the rest of my life.

However, in 2001, three massive wind turbines were erected within a mile of our home.  I wasn’t very concerned about them, at the start.  Having been in the best of health, thankfully, for most of my life, I couldn’t understand why I was suddenly feeling very unwell for no apparent reason.  Racing pulse, heart palpitations, a strange churning in my head, a feeling of nausea, a terrible unease and a need to escape. Sleep became difficult too.  I visited my doctor on several occasions, but she found nothing.

It took me about ten months to realise that there was a connection between my illness and the low-frequency noise emitting from the wind turbines.  At first I realised that, when I was away from home, I suddenly felt “normal” again, which was a wonderful feeling, believe me.

I had suffered from tinnitus before this time and had been examined by a consultant at Glangwili Hospital. He gave me hearing tests and declared that I could hear very well, indeed especially in the low frequency range. Then I realised that when the turbines had their back towards me was when I felt most unwell.  I kept a diary of my illness, and I wrote to my MP.

I did not want to leave my home, but eventually, after talking to another woman who had suffered the same symptoms as me, living near other turbines, I eventually had to face the fact the wretched things were there to stay and that we would have to move.

Now, 18 months later, after the trauma of leaving my home, I am again, thankfully, in the best of health.

Low-frequency sound sufferers exist. I also suffer from the low sound emitted by aeroplanes.  Before I can actually hear them I “feel” them approaching, then I hear them and then I “feel” them retreating.  Like everyone else I spoke to living near wind turbines, I could not hear any noise at all in the conventional way, not any sound at all.

I have no axe to grind in this argument, I simply left.  But these wind turbines should not be built so near to people’s homes.
·


Comments Off on "I couldn’t understand why I was suddenly feeling very unwell." (United Kingdom)