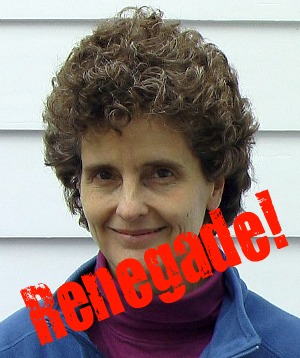 Member for Ripon Joe Helper says he has no respect for their campaign tactics. The Member for Ballarat East Geoff Howard says their aggressive approach and angry faces don’t help their cause.

In some political circles, their name is met with eye rolling and accusations of being “ﬂat-earthers”. Many of them are middle-aged or older, and are traditionally from conservative groups – farmers, small landholders, tree-changers.

But, around country kitchen tables, in shearing sheds and over paddock fences, they are increasingly at the centre of one of the most divisive issues to hit rural and regional Australia.

The Landscape Guardians are a loose collective of groups (they claim up to 70) across Australia with an expressed interest in ﬁghting the spread of wind farms.

They mirror similar groups overseas. In the UK more than 230 campaign groups across the country are active in putting plans to generate more than a quarter of Britain’s electricity in jeopardy, according to a recent report.

And while governments and the wind industry are adamant there is no proof wind energy can make you sick, a new and often militant form of activism is growing across the green hills and valleys of rural Australia.

Spa Country Landscape Guardians, formed in 2007 to oppose the 19-turbine Smeaton wind farm, say they won their battle because their opponents did not have “the belly for a ﬁght”.

“But if you don’t stick up for your rights, what else is there?” he asks.

“My family has been in this district for 150 years now, and Jim’s also.

“This is a very old and established area. If you don’t ﬁght for your rights, you get polluted by something that’s really useless. It just seemed so wrong.”

Both men say the three-year battle to keep their district turbine-free split the community and seemed unwinnable for much of the time. But they say they eventually had 96 per cent of residents within a ﬁve kilometre radius supporting them, with another 2000 supporters from across regional Victoria.

Richard Evans, Leighton’s son, says farmers are not normally aggressive in support of a cause.

“It’s very hard to get farmers to react,” he says.

The three men are seated around the kitchen table at Mr Elsworth’s property.

Shire of Moorabool mayor at Toohey was scathing in his response, saying the timing was nothing more than a bid by the state Labor Government to win Green votes.

A resident who opposed one of the projects but who declined to be named said countless hours attending hearings and commissioning noise consultants were a waste of time and money.

The Smeaton farmers, on the other hand, say they won because of their guerilla-style campaign.

Mr Elsworth says you can’t ﬁght government and business by following the system.

“If you go to VCAT (the Victorian Civil Administrative Tribunal) you get done,” he says.

The group kept no list of its members. Property owners were asked to erect signs along local roads decrying the project.

Talkback radio was monitored and responded to, and newspaper websites were blitzed.

A community information session by wind farm proponents was hijacked when the Landscape Guardians released 300 yellow balloons with seed pods attached, and ran their own anti-wind farm display.

Members were not beyond calling politicians or senior wind farm executives directly, or bailing them up at meetings.

“We had no leadership,” says Mr Elsworth. “We always had different spokespeople. We’ve tried never to divulge our support, our numbers.”

In May, 2009, publicly-listed company Origin Energy announced it had purchased Wind Power Pty Ltd, including its portfolio of wind development sites across Victoria.

“We informed Origin we would start a state-wide campaign against their company,” Mr Elsworth explains. The men call the recent local wind farm approvals “bloody disappointing”. “I just see fellow Victorians getting done over by a mob of dills,” Mr Elsworth says. Leighton Evans says their ﬁght was never conducted on a political basis.


Comments Off on “Renegade Doctor!” (Australia)