“Watts with the wind” 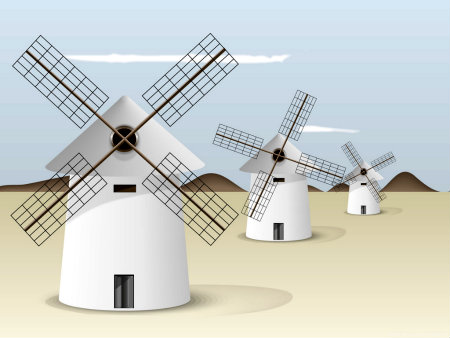 “The issue with wind power is that for every watt of power you install you must also install a watt of of reliable power. In other words you pay twice and you can’t rely on delivery of what you purchased” (D. Robinson).

Much has been written about Wind Power in Ontario [Canada], but I could find no studies of actual production figures anywhere. The Independent Electricity System Operator (IESO) figures are easily available and easily imported into a modern database—making these numbers easy to study. The original purpose of this study was to see if I could verify any of the claims I heard about Wind Power Generation. Many of these claims said that we could replace coal power in Ontario, others said it was uneconomic, others said it was unreliable.

Now, rather than making statements like “wind power is unreliable,” we can state clearly how much power is produced and when it is produced. We can also clearly see the “drop-outs,” when the power grid receives little or no wind power.

The graphs produced within clearly show that Wind Power cannot replace Hydro, Nuclear, Coal or Gas Turbine Power. These arguments can easily be extended to solar power by analogy. Further, it becomes clear that for every watt of Green Power of installed capacity—we must supply a corresponding watt from traditional sources. This power must be up and running at the time the power is required—a cold start of a coal plant or a nuclear plant could take several hours. Gas fired plants start up more quickly—but they are not instantaneous. Green Power, as provided by Wind Generation, can replace nothing—it becomes an additional burden on the system and the taxpayer.

I have attempted to prepare the information for a general audience, so I have assumed that no special knowledge of statistics and error analysis is available to any reader. To make the information accessible to as many people as possible, the analysis has been written and organized so that a minimal level of science and mathematical education should be sufficient. A high school graduate who studied maths and science should find that sufficient. There is nothing more sophisticated than an “average” presented in this paper.


Comments Off on “Watts with the wind”