.
Editor’s note:  WTS.com has long recommended against suing the wind developers and town boards, urging instead civil disobedience.  But times are changing, and the chances of a big lawsuit being successful are looking more promising, indeed.

One of our readers put us on to this article in today’s Wall Street Journal.  This may be the route to take.  A truly large lawsuit.  It seems to us that with a high-powered law firm, and several million dollars invested in the lawsuit (invested by the law firm), there’s a better than even chance of winning against Big Wind and against town boards—like the Falmouth, Mass., town board.

The problem with lawsuits heretofore has been that people couldn’t afford them.  According to this article, below, they’re now affordable—if you can persuade the law firm to seize the opportunity.  Up till now, lawsuits have involved small-time attorneys on a shoestring budget.  Big mistake!  If you’re going to take the legal route, you’re going to need a big ass law firm with a budget in the several millions, at least.  In part to hire expert witnesses, both to testify in person and to write the lengthy reports and rebuttals that will be required of them (which takes them hundreds of hours to write).  The law firms will also want to subpoena all sorts of documents, including email, from the wind companies and town boards.  This is time and money.

WTS.com can say this with assurance.  Dr. Nina Pierpont, who is often asked to be an expert witness and yet routinely declines, would likely agree to be an expert witness in a big-ass suit—a suit that’s well funded and being handled by a major firm that’s prepared to “go the distance” with evidence, and whose attorneys have the training and brains to do a first-class job.

Think about it.  If you need persuading, read this article recently posted on our site.  Focus on the bald-faced lies by the wind industry.  Does that make your blood boil?  Especially if you’re one of the victims interviewed in the article?  Read the rejoinder (Comment #1) by Chicago-based real estate appraiser, Mike McCann.  Why couldn’t a serious law firm, with a well bankrolled lawsuit, prevail against this industry sleaze?  Lying and deceit so fundamentally stupid, blatant, and frankly corny, one would expect it of an 8-year-old, not an adult, for God’s sake!
. 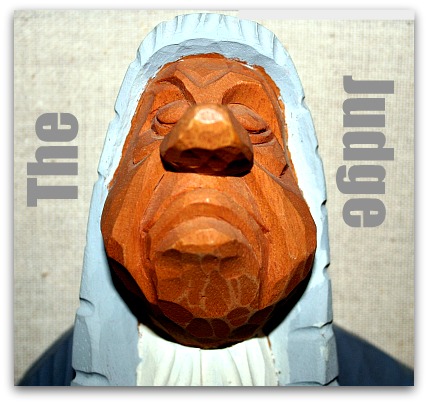 .
“Funds Spring Up to Invest in High-Stakes Litigation”

Lawyers-turned-financiers are laying plans to profit from what they hope will be the new hot investment: high-stakes U.S. lawsuits.

At least three start-up businesses are entering the fledgling “alternative litigation funding” market this year, creating funds that will invest at least a few million dollars in a case in exchange for a share of the lawsuit’s winnings, which can be in the several-million-dollar or even billion-dollar range.

One of the newcomers is John P. “Sean” Coffey, a former plaintiff lawyer at Bernstein Litowitz Berger & Grossmann LLP and a former lead trial lawyer for investors in the case against Wall Street banks arising from the collapse of the former telecom company WorldCom Inc.

After helping WorldCom investors recover more than $50 million from the pockets of former WorldCom officers and directors, Mr. Coffey unsuccessfully sought the 2010 Democratic nomination for New York state attorney general. Now, on the 31st floor of a midtown Manhattan office building, he is focusing on maximizing returns for investors from high-stakes commercial litigation via a commercial-claim investor called BlackRobe Capital Partners LLC. BlackRobe is currently exploring ways to raise capital.

The idea has critics, who worry about a possible rise in frivolous lawsuits and increased pressure on defendants to settle. But some forms of third-party litigation funding have been around for decades. Search the Web for “lawsuit loans,” and you’ll find hundreds of companies offering cash advances, generally of up to $10,000, to people with personal-injury claims to help them offset living expenses while their claims are pending. There have also been occasional “syndicated lawsuits,” allowing investors to pay a plaintiff’s legal costs and gamble on receiving part of a monetary judgment or settlement.

The new breed of profit-seeker sees a huge, untapped market for betting on high-stakes commercial claims. After all, companies will spend about $15.5 billion this year on U.S. commercial litigation and an additional $2.6 billion on intellectual-property litigation, according to estimates by BTI Consulting Group Inc., a Wellesley, Mass., research firm that surveyed 300 large companies in 2011.

Backers say litigation funding will help to increase the number of legitimate claims that reach the legal system. Potential users of capital include small companies seeking to level the playing field against bigger opponents and publicly traded companies seeking off-balance-sheet financing for their litigation. “We have and will continue to entertain the use of third-party funding under the appropriate circumstances,” says Tom Sager, general counsel of chemical maker DuPont Co., who cites the rising cost of litigation in the U.S.

The business is gaining cautious backing from some partners within major U.S. law firms, including Latham & Watkins LLP, Patton Boggs LLP and Cadwalader, Wickersham & Taft LLP. The funders provide lawyers with potential referrals of new clients. They also provide an “extra measure of security that the legal fees are going to be paid without incident,” notes Barry R. Ostrager, a senior partner at Simpson Thacher & Bartlett LLP, whose standard rate is more than $1,000 an hour. In 2009, he introduced client Gray Development Group to a litigation-financing firm for funding of its July 2010 suit against a Chicago developer. Gray won the case.

“The added capital allowed us to upgrade the legal team without betting the company’s entire future on the outcome of one lawsuit,” says Bruce Gray, chairman of Gray Development, one of the largest apartment developers in Arizona.

Critics have philosophical concerns. John Beisner, a Skadden, Arps, Slate, Meagher & Flom LLP partner, told a House subcommittee in May that litigation funding threatens to increase frivolous claims and exacerbate litigation abuse by making “unlimited amounts of money available to litigants and attorneys.” He spoke on behalf of the U.S. Chamber of Commerce.

“Investors are thinking, what’s the one thing you can always count on being around? It’s litigation. Let’s try to profit from that!” Mr. Beisner adds. “Is that what our litigation system is supposed to be about?”

Others worry that defendants might feel unfairly pressured to settle. The funders tend to bet on patent or antitrust cases for the biggest profit, but “the potential downsides for the defendants are huge,” says Joanna Shepherd-Bailey, an associate professor at Emory University School of Law. She cites a possibility of treble damages and preliminary injunctions as examples of “negative side effects that can ruin a company.”

In the past, common law prohibited third-party financing of a lawsuit, as well as the acquisition of an interest in a lawsuit’s winnings. Currently, laws vary from state to state, Prof. Shepherd-Bailey says, and no U.S. court has yet considered the legality of third-party finance of commercial claims.

At the moment, BlackRobe is using space at the New York office of law firm Patton Boggs. It expects to move in the next few months, Mr. Coffey says.

Down the hall, rival Fulbrook Management LLC is subleasing from Patton Boggs. Founded in March by a former Latham senior partner, Fulbrook says it looks for cases with a potential recovery of $25 million or more on investments of $1 million to $10 million. It promises to provide “professional and commercial support for claims” it backs, says founder Selvyn Seidel. It plans to raise “a pool of capital that will be a serious fund” soon, he adds.


Comments Off on Now, you can sue Big Wind! Maybe.