The bigger they are, the more LFN (Denmark) 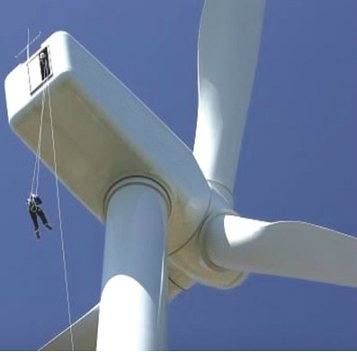 As wind turbines get larger, worries have emerged that the turbine noise would move down in frequency and that the low-frequency noise would cause annoyance for the neighbors. The noise emission from 48 wind turbines with nominal electric power up to 3.6 MW is analyzed and discussed.

The relative amount of low-frequency noise is higher for large turbines (2.3–3.6 MW) than for small turbines (2 MW), and the difference is statistically significant. The difference can also be expressed as a downward shift of the spectrum of approximately one-third of an octave.

A further shift of similar size is suggested for future turbines in the 10 MW range.

Due to the air absorption, the higher low-frequency content becomes even more pronounced when sound pressure levels in relevant neighbor distances are considered.

Even when A-weighted levels are considered, a substantial part of the noise is at low frequencies and, for several of the investigated large turbines, the one-third octave band with the highest level is at or below 250 Hz.

It is thus beyond any doubt that the low-frequency part of the spectrum plays an important role in the noise at the neighbors.

·
Editor’s note:  A close reading of this article shows that it invokes some outdated assumptions to reach its conclusions—rendering those conclusions flawed.  As with the following:

The turbines do emit infrasound (sound below 20 Hz), but levels are low when human sensitivity to these frequencies is accounted for. Even close to the turbines, the infrasonic sound pressure level is much below the normal hearing threshold, and infrasound is thus not considered as a problem with turbines of the investigated size and construction.

In the main, however, Møller and Pedersen are to be commended for heading in the right direction.