Why are governments silent about wind turbine noise?

Noise pollution: Why the silence? 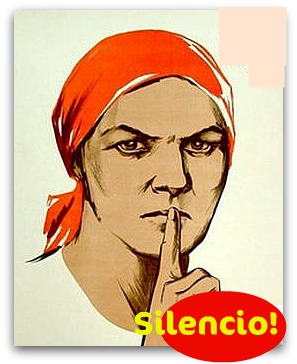 This image was not in the original article—Editor

No other pollutant ruins nearly as many lives in Britain and other industrialised countries as noise—and it is the only one known to drive sufferers to murder—yet few receive so little public attention. Green pressure groups, so vocal on so many environmental threats, are almost universally silent about it. Virtually no governments, anywhere in the world, seem to be prepared to give the case for comprehensive action much of a hearing.

Yet two thirds of Europeans—450 million people—are exposed every day to noise levels that the World Health Organisation (WHO) says are unacceptable. In Britain, more than half a million people appear to move home every year to escape the din. Ten years ago, a survey found that 12 million of us were disturbed by traffic, 3.5 million by passing aircraft, and 11 million by noisy neighbours. This is bound to have got worse: household noise complaints have risen five-fold over the past two decades.

Of course, we have been surrounded by sound since before birth—the womb is quite a noisy place—and noise pollution is as old as civilisation. Two and a half thousand years ago, Buddhist scriptures recorded the “10 great noises” of contemporary cities as “elephants, horses, chariots, drums, tabors, lutes, songs, cymbols, gongs and people crying ‘Eat ye, and drink!.’”  Just over 100 years ago, a “plague of city noises” described in New York was not far different: “horse-drawn vehicles, pedlars, musicians, animals and bells”.

Within a few decades, this changed; the 10 most annoying noises identified in a New York survey in 1929 all emanated from machines, and since then the automated cacophony has escalated. Particularly disturbing—as a new book by one of Britain’s leading environmental campaigners, John Stewart, points out—is the low-frequency noise produced by aircraft, wind turbines and many household appliances such as washing machines and air conditioners. “The rise and rise of low-frequency noise,” he writes in Why Noise Matters, “is part of the reason for the growing number of noise complaints.”

But only part. More people say they hate piped music in shops, restaurants and public buildings than like it. Noisy neighbours occasionally provoke their victims to kill them. And while some endure—or even seem to enjoy—noise, about one in 10 people are particularly sensitive to it.

Hearing and health suffer. One in every eight American youngsters, aged six to 19, has been found to have noise-related hearing loss, while Stewart predicts: “Within a decade or two, the iPod in the ear could be replaced with the hearing aid.” Learning can be affected. A study in a Manhattan school found that children in classrooms beside a busy train track recorded reading scores 11 months behind their counterparts on the quiet side of the building. When measures were taken to reduce the noise, they caught up.

Noise also raises blood pressure and increases heart rates, especially at night, leading to cardiovascular and other diseases, as well as affecting sleep. The WHO calculated this year that Europeans collectively lose at least a million years of healthy living as a result.

Wildlife, which relies on sound to communicate, is affected too. It’s most obvious in the oceans, where underwater noise is estimated to have doubled each decade over the past 50 years—shipping has grown, oil and gas prospectors use loud blasts from “airguns” to scope the sea bed, and navies increasingly rely on sonar. Whole populations of whales and dolphins—which often use much the same frequencies—are potentially threatened, and fish catches have fallen. And noise on land disrupts intricate ecosystems of sound, where different species divide the acoustic spectrum between them so that they do not interfere with each other’s communication.

Many of the solutions are known: traffic noise could be cut by 70 per cent; shipping could be made much quieter; good insulation in homes could reduce neighbour noise; and piped music could be simply turned off. Indeed, on Tuesday, the Noise Abatement Society will hand out awards to pioneering British councils. But, Stewart reports, only two governments—China and Hong Kong—have undertaken comprehensive programmes.

In Britain, if anything, political interest has waned. The Labour government repeatedly promised to publish a consultation document on a national noise strategy, but never did so. Three years ago, the Lords passed a Bill to restrict piped music, but it was not taken up in the Commons. And the EU’s record is little better: it has neither carried out a comprehensive assessment of what the hazard costs people and society, nor set targets for its reduction—as it has with, for example, air pollution. One way or another, it is time to make a lot more noise about noise.


Comments Off on Why are governments silent about wind turbine noise?