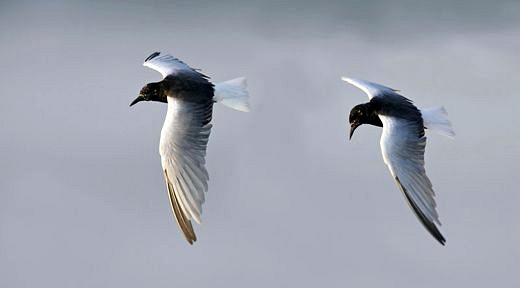 I have fished Padre Island for 53 years and have been the only licensed fishing guide and naturalist providing tours on the National Seashore for the past 22 years. On average I am down island about 128 days per year. I am the founder of the Big Shell Beach Cleanup and have been its primary organizer for the past 17 years. During that time, 2.3 million pounds of debris has been removed by this volunteer effort. In 2010, I was chosen as one of the six Heroes of Conservation by Field & Stream Magazine. I received the first ever Lifetime Conservation Award from the Coastal Conservation Association and this year was the popular choice winner of the Making a Difference Award competition sponsored by Sports Fishing Magazine.

Hopefully this qualifies me to comment on the natural resources of the Coastal Bend. 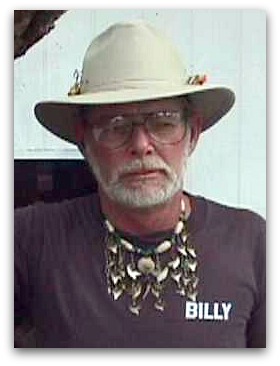 In early September I encountered what I roughly estimated were 750,000 black terns on Padre Island National Seashore. This represents only a fraction of the native and migratory birds on the island. Padre is recognized as a Globally Important Bird Area by the American Bird Conservancy and a site of hemispheric importance by the Western Hemisphere Shorebird Reserve Network.

Following that sighting of black terns I spent the next seven days and a night down island. The number of birds I counted fluctuated greatly. One day I’d see 300 to 400 terns and on another day I estimated 350,000 birds. This was not a migration in or out of the area. On the contrary, the birds were coming and going to feed on incoming schools of dusky anchovies that wander near shore and offshore this time of year. When these huge shoals of anchovies are five or 10 miles offshore the birds follow, but they don’t return to shore when they’re not feeding. They simply sleep on the water to remain near their prey. All pelagic and shore birds that eat fish are attracted to schools of anchovies, menhaden and other such foraging species.

If hundreds of wind turbines are erected in the Gulf of Mexico within proximity of Padre Island, then baitfish will be drawn instinctively to the protective structure in the same way they are drawn to oil and gas platforms. And in turn the birds will follow.

But unlike oil and gas platforms, when the birds are drawn to feed or rest on these massive structures, they will be in peril.

Installing a bank of wind turbines reaching 700 feet above the water’s surface spread over 60,000 acres five to 10 miles off the Padre Island beach would be like chumming the birds into the killing blades.

I have a 25-foot boat that I regularly take offshore during migration season. I see wood warblers, hummingbirds, ducks, peregrine falcons, Hudson godwits and egrets migrating within 700 feet above the surface of the sea. There is no way to accurately record the number of birds that will be killed by these turbines. The Padre Island National Seashore’s list of other concerns includes the possibility of turbines interfering with the homing instincts of sea turtles, thereby jeopardizing decades of effort by Donna Shaver.

Why in the name of God would anyone who cares anything about the environment possibly pick this location for such a gigantic wind farm?

I live in a rather harsh and very real world. And I’ve learned some things. When you pull a trigger you can’t stop the bullet. It’s gone. Like an extinct species, there is no amount of “what-ifs” or “if we had just done something” that will bring them back.

But there is still time in this case. If we stand up for what we know is right and organize we can stop these Cuisinarts of the sky from coming.

As a native son of Texas and a lifelong resident of the Coastal Bend, I consider the beauty of our sunrises over the Gulf and abundance of wildlife not only a blessing but a birthright to behold. These are the things that residents and visitors alike treasure. And these are the things we have been entrusted to keep for our children and grandchildren.

Wind farms don’t make aesthetic sense, environmental sense or economic sense for the Coastal Bend. The fact that they have to be subsidized by our tax dollars should be an indication that they might not be in our best interest.And most of all I’m terribly offended by people willing to destroy my view of the Gulf horizon while unnecessarily killing thousands of birds for their own profit. Let’s keep our Texas wild, say no to these profiteers and stop the madness.