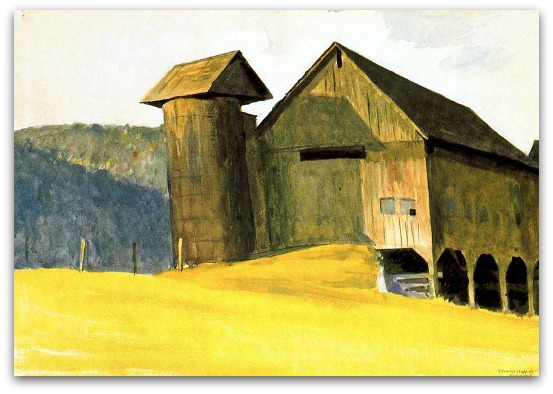 Painting by Edward Hopper, with appreciation

Green Mountain Power (GMP) is offering to buy the Don & Shirley Nelson’s hillside farm at the asking price, to prove that real estate values do not decline due to noisy, 460-ft tall wind turbines on 2,000 ft high ridge lines, and to get the Nelson’s invited guests off the Nelson’s land so GMPs dynamite blasters can proceed with the partial destruction of Lowell Mountain. 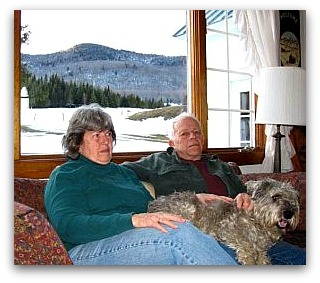 This is a public relations disaster for Vermont’s wind energy oligarchy, that will be heard all over the world during Vermont’s foliage season.

GMP’s wind turbine facility, calling itself Kingdom Community Wind, is much larger than Vermonters had in mind when they agreed to wind power. They had in mind facilities more in line with Vermont notions of “small is beautiful” and complying with State Act 250.

They had in mind not ruining ridge lines with 21 strobe lights, cutting hundreds of trees without permission, filling in wetlands, building roads to haul up rotor blades that are 180 ft long, and building 21 wind turbine monsters on environmentally-pristine, 2,000 ft high ridgelines. The wind turbines make lots of noise, especially low frequency noise and infrasound, which are exceptionally harmful to people—noise that is, for all intents and purposes, ignored during “expedited” public hearings.

GMP is building this project not for Vermonters, but for its parent company in Quebec which will reap the financial benefits. The high costs of the expensive, variable wind energy will all be rolled into jobs-destroying higher electric rates for Vermont households.

Wind energy subsidized with an equivalent of 50% of the capital cost:  9.6 cents/kWh.

That is just what working Vermonters “need”: paying for flood damage with higher gas taxes, a miserable economy, rising prices of goods and services, higher electric rates, and an irrationally-exuberant, renewables-vendor-inspired Vermont Energy Plan with 90% renewables to outdo the Germans (who are going for 50% by 2050).

The real kicker is that several recent, independent studies, based on real time, 1/4-hour grid operation data sets, performed in the US (Colorado and Texas) and the Netherlands have shown that wind energy does not reduce CO2 emissions, because gas-fired, quick-ramping gas turbine balancing plants are needed to operate at partial-load to be able to quickly ramp up when wind energy ebbs, and to quickly ramp down when wind energy surges.

It would be much wiser and more economical to shift subsidies away from expensive renewables that produce just a little of variable, intermittent energy. Those renewables would not be needed if we used those funds for increased energy efficiency, because”energy efficiency” 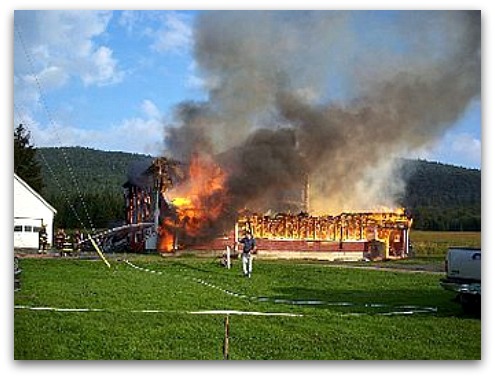 “I saw those flames go out the door with no smoke and I said: ‘The barn’s on fire!’ And I couldn’t believe what I was seeing.”

Nelson had slept past his normal dawn rising. Soon after he poured coffee, he saw his red barn erupt in flames.

“It didn’t go bang. It went ‘woooom!’ And then ‘wooom!’ like that. And the first one, it forced the flames right through the cracks in the roofing.”

Balls of flame leveled the barn within 30 minutes. State police couldn’t determine a cause. Nelson thinks his barn was torched. And he thinks his opposition to the wind project might have been why.