Wind energy is an oxymoron

The case for terrestrial energy (aka nuclear power)

Ever wonder why sailing ships no longer ply the oceans with goods and passengers? It’s a question wind energy advocates might ask themselves. They ignore the fact that the wind doesn’t blow consistently and that its intermittent nature makes wind an undependable source of power and restricts wind generators from consistently reaching their potential.

The relative effectiveness of a generation facility to produce electricity is called its capacity factor (CF). It is the ratio of what a generating plant produces compared to what it could produce at full capacity. The annual average CF for wind turbines located offshore is about 40 percent, but that falls to about 25 percent during the summer, when the winds are weakest. For wind turbines located onshore, the annual average CF is about 30 percent and can drop to 13 percent in the summer.

Proponents of wind power argue it is a good choice because, among other things, it reduces greenhouse gases. They compare industrial wind energy with power plants fueled by oil, coal and natural gas that generate tons of carbon dioxide. However, they fail to recognize that because of the unpredictable nature of wind, carbon-fueled plants will continue to underpin the load. This is particularly true in the summer, when the winds are at their lowest and the demand for power is highest. 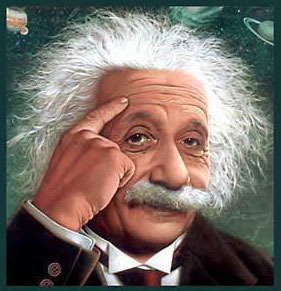 Proponents of wind almost never compare industrial wind to nuclear power, probably because in every aspect of electricity generation, nuclear beats wind by a long shot. The following are informative comparisons.

Capacity factors. The capacity factor of the 104 nuclear reactors operating in the United States is 90 percent. In other words, nuclear facilities crank out electricity around the clock, 365 days of the year, at pretty near their total capacity. Compare that to the results of a study from a group of wind power advocates at the University of Delaware that modeled data from offshore meteorological stations from Maine to the Florida Keys. Their results show that a large offshore turbine array would attain a 90 percent capacity factor only 2.2 days a year, and that 20,000 five-megawatt turbines would be needed to equal the full generating capacity of those 104 reactors. Even 1,200 turbines would not supply electricity as dependably as a new reactor like the one proposed at Calvert Cliffs.

Greenhouse gas reduction. Neither wind turbines nor nuclear reactors emit carbon dioxide. But because wind turbines are minimally productive more than half the time, fossil fuel power plants will be needed as backups and will contribute to greenhouse gases. Note that no coal-fired facility has been closed due to the installation of wind turbines.

Electricity rates and costs. The proponents of wind use the high cost of building nuclear reactors to argue that the electricity they produce will be costly. They’re wrong because they fail to account for the low efficiency of wind; for the need for carbon-fired backup plants to compensate; for the much shorter working lives of wind turbines; and for the enormous subsidies, grants, tax incentives and tax breaks for wind from federal, state, and local governments. In fact, the expensive wind turbines, especially offshore, would never be built without these subsidies that in some cases pay for 50 percent of the project’s cost.

After coal, nuclear is the least costly generator of electricity for the ratepayer. After solar, wind is the most expensive.

Gov. Martin O’Malley has introduced legislation that will require Maryland’s public utilities to commit to long-term contracts to purchase offshore-wind-generated electricity to guarantee a market for offshore wind, even though it will increase costs to ratepayers. In Massachusetts, millions of ratepayers can expect a 2 percent hike in their electric bills due to the planned Cape Wind project.

Environmental impacts. The proposed Calvert Cliffs 3 nuclear reactor would be sited on about 350 acres. The 1,200 offshore wind turbines needed to produce the same amount of energy would require 74,000 acres. On shore, 2,400 turbines would be needed and would require 8,500 acres. This is a lot of land or water and a big impact on the rich mountain ecosystems and habitats or ocean ecosystems about which we know little.

There are numerous reasons why nuclear energy should be seriously pursued. But the question here is: Should inefficient industrial wind be pushed blindly, given its potential for greatly increasing our energy bills, requiring up to 50 percent taxpayer investment, and causing enormous environmental damage? 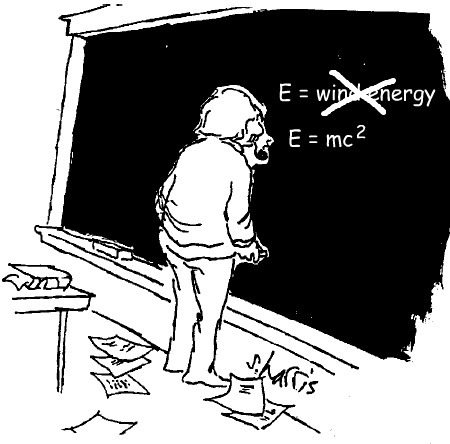 (With editorial liberties by WTS.com)

·
Ajax Eastman has served on the board of the Maryland Environmental Trust, as past president of the Maryland Conservation Council, co-chairman of the Maryland Wildlands Committee, and on numerous other state boards and commissions. This article is distributed by Bay Journal News Service.


Comments Off on Wind energy is an oxymoron