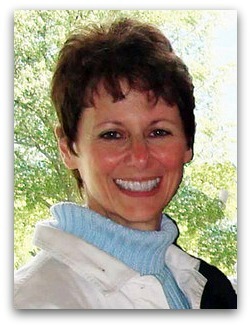 ·
Congressional lawmakers arguing over how best to rein in spending, have set their sights on eliminating ethanol subsidies and oil and gas tax breaks while leaving renewable policies in place for now.

Our recommendation to Congress: Eliminate all of the energy subsidies. Let the economics of a free(er) market prevail. In particular, pay close attention to wind energy which has consistently failed to deliver on any of its promises.

Fourteen years ago, energy expert Robert Bradley wrote, “Wind power has proven itself to be a perpetual ‘infant industry,’ with its competitive viability always somewhere on the horizon.”

This week General Electric’s eco-magination VP, Mark Vachon, said this: “Without clean-energy mandates or tax subsidies, wind struggles to compete with cheap natural gas. And there’s uncertainty about those subsidies, particularly in the USA, where Congress is looking to manage budget deficits.”

The American Wind Energy Association insists wind is now a mainstream energy resource, but blames the 50 percent drop in USA installations between 2009 and 2010 on a lack of long-term, predictable federal policies.

Billions in public dollars have poured into the wind industry since the Carter Administration, and more is obligated every year for the next decade. Yet for all the promises made, we have little to show for the money spent.

Promise #1: Meeting USA Electricity Needs. A 1976 study by the Department of Energy (DOE) estimated that wind power could supply nearly 20% of all US electricity by 1995. By the end of 1995, wind represented only one-tenth of 1% of the US market. Today, wind delivers about 2% of the US electricity market. DOE now claims we will reach 20% wind power by 2030. Moving the goal post does not address the logistical and cost barriers to reaching the 20% goal. These barriers are significant; it’s unlikely the scenario will ever be realized.

Promise #2: Reducing Cost. In the mid-1980’s, wind power sold at around 25 cents per kilowatt hour. By 1995 prices dropped dramatically but were still double the cost of gas-fired generation, even after allowing for the production tax credit (1.5 cents per kwh in 1995). Today, wind pricing is even higher, despite continued federal support (figure 22, 2010 Annual Wind Market Report). Promises of technology improvements that could drive down costs have not translated into price improvements.

Wind’s intermittency still means that high upfront capital costs are spread over fewer hours of operation, which places upward pressure on the price of the energy sold. Cost pressures are also tied to policies on renewables. Aggressive renewable policies have placed developers in strong negotiating positions relative to energy buyers. They know full well that state regulators will approve their demands and pass through the higher costs to ratepayers (footnote 50, 2010 Annual Wind Market Report). And with power purchase agreements now a requirement in order to attract investor financing, above-market energy prices are locked in for extended terms ranging between 10-20 years.

Promise #4: Job creation. Over 85% of the nearly $6 billion in Section 1603 grants paid out in 2009 and 2010 went to wind energy projects. Yet by the end of 2010, the American Wind Energy Association reported jobs declined from 85,000 to 75,000. When installations dropped in 2010, it was no surprise that jobs dropped as well. And since growing the manufacturing base is predicated on installing more wind turbines, it’s hard to see where job growth is sustainable.

After 30 years of paying the way for this infant industry, apparently American taxpayers have still not done enough to create a market for its product.

Call Congress. Remind your representatives that wind energy has yet to deliver on any of its promises. And history has shown we have no reason to believe things will change.

Eliminate all wind energy subsidies and let’s finally move on to solutions that can deliver.


Comments Off on Wind energy’s “trail of broken promises” (USA)