·
Nina Pierpont, MD, PhD, coined the name “Wind Turbine Syndrome” (WTS).  She wrote the definitive study.  Johns Hopkins MD, Princeton MA & PhD (Population Biology & Behavioral Ecology), Yale BA (Biology), a 300-page book that took years to research and write, a book refereed (peer reviewed) by a half dozen major medical school faculty and university scientists, a book that includes 60 pages of tables laying out the precise symptoms suffered by the Stepnells (see video, above), a book that explains in clinical detail the role of the (inner ear) vestibular organs in causing this industrial disease, and then re-explains the whole clinical picture in layman’s language (for non-clinicians)—a book that has been trashed by Big Wind and its government enablers around the world.

Except for one inconvenient truth.  People like Carl & Samantha Stepnell and their children suffer.  People are suffering egregiously wherever wind turbines are spinning.

The chief problem is the blade passing the tower.  So long as those blades sweep past the tower, there will be low frequency noise (much of it infrasound) and vibration.  And it can travel miles.  Through anything.  Air, water, rock, soil—yes, including your super well-insulated house, where it resonates within certain rooms.

No, Virginia, there is no clever engineering “fix” to stop this noise, much of it unheard—yet felt, as the Stepnells explain in the video.

Seven years of explaining Wind Turbine Syndrome to (mostly dense) media and the world at large.  After seven years, she felt she had served her time in the salt mines of this industrial plague.  (How many interviews did she give?  How many times did she testify?  How many letters did she write?  Frankly, she lost count.)

If you live in a community being stalked by Big Wind and you’re reading these words, there’s a strong likelihood you won’t believe either these words or this video.  And that’s okay—and that’s another reason Pierpont retired.  She got tired of trying to convince people like you that WTS is real and, for many, a living hell.  (Read the hundreds of articles posted under Resources.  Pour yourself a strong drink before you do.)

And that it gets worse over time.  That is, you don’t “get used” to WTS.  She explains why in her book.  However, since wishful thinking and industry blather trump science, there are many who don’t believe her or fail to pay attention when she points this out.

In any case, give those turbines six months to a year after they’re up and running in your backyard.  Then try to wrap your mind around the fact that the headaches vertigo tinnitus nausea intense pressure (head ears chest) weird chest vibrations nighttime panic awakenings, along with depression, visual problems and, above all, forgetfulness and lack of concentration plus your kids’ cratering school grades and their unaccountable withdrawal behavior—begin wrapping your mind around the fact that all this is textbook WTS.

No, it’s not because you’re getting senile or getting older or “getting forgetful.” 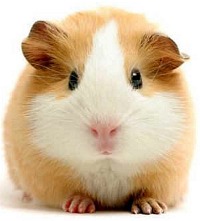 Incidentally, buy a copy of her book; it’s all there.  In plain, straightforward English.  No big words.  And if English ain’t your language, you’ve got eight others to choose from.