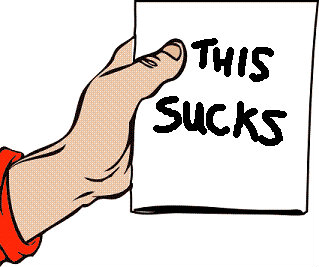 “Not Everyone Happy With Ocean Gate Wind Turbines”

The small community of Ocean Gate now has two wind turbines to cut electric costs through green energy. It’s taken the town several years but both are up and running—generating power. While hundreds showed up for the celebration outside town hall a few years back, not everyone is smiling.

Some of the people who did originally attend the ribbon cutting, complete with the band and state officials, are now angry over several issues that they say, is hurting their quality of life. 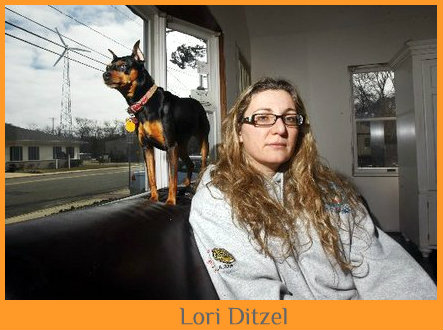 When Lori Ditzel moved to the borough five years ago, she and her husband felt they found their dream home. That dream has become a nightmare thanks to the turbines which have a constant scraping and swooshing sound. Ditzel’s house is approximately 200 feet from the first turbine that was erected about three years ago. The unit powers the municipal complex. The second, just put up last week is a few blocks away, is providing energy to the water treatment plant and firehouse.

While Ditzel says she’s totally for green energy, she had voiced her concerns about the noise to Mayor Paul Kennedy and the council. She says that fell on “deaf ears.” Ditzel explains “this is totally unacceptable. They are constantly ignoring us at the council meetings. They are brushing us off. In fact, one councilman said to me that he used to live near a highway and it’s something to get used to. I didn’t move next to a highway! They have encroached on my property and my rights.”

THE SITUATION KEEPS GETTING WORSE

The situation has gotten progressively worse over the last year. After Ditzel and her husband Chris had the front door to their home replaced, their whole house re-sheet rocked and even put blinds up in every window, the noise and a strobing effect continues daily. The couple has a one year old who constantly wakes up in the middle of the night. Ditzel says “every time the blades stop spinning, it sounds like a car crash. It’s terrible.”

The strobing effect occurs each time the sun goes to a certain point. It lasts for about 45 minutes and can be maddening, according to Ditzel.

While most of the neighbors agree there’s no way the officials would remove the turbines, they are hoping to compromise and have them shut down at night. A study was conducted about two years ago by the Ocean County Health Department which showed the sounds coming out of the turbine were in legal decibel level standards—at least for the daytime. They are still waiting for representatives to come back for additional testing.

Now both Lori and Chris Ditzel are trying to sell their home. They approached a realtor, the same one that sold them their house originally, who pretty much replied “good luck.” They are concerned about the property values on the home and know they won’t be able to get even close to what they paid for it. Ditzel says when she brought that concern to Mayor Kennedy, he replied “no, actually it would help the value of your home.” She’s not buying it.

So far, there are nine noise complaints that have been filed and the group of residents on Ocean Gate Avenue and the surrounding streets have taken their concerns directly to the state.

Several residents contacted me about their plight. Most of their stories are the same as Lori Ditzel’s, who at this point, is stuck in a house she no longer calls a dream.