“We have only just begun to fight” (Wind Turbine Syndrome victims)

Editor’s note:  This note was written today by Sue Hobart of Falmouth (MA) and circulated to a number of her friends.

Clearly, government officials and corporate wind energy shills are very happy with the effects of this Big Wind scam, which has shattered many lives in so many circumstances—mine among them.

Yet they cover their asses, with no remorse.

I cannot go to the Falmouth (MA) Board of Health meetings, or any more meetings.  It’s completely futile and draining all the good that’s left from this poor, wrecked life of mine.

The “hate” this has instilled into my soul is going to take a long time to exorcise.  It no longer matters if they leave the turbines on of shut them off.  This life is broken.

How many more do they get to break before the big lawsuits begin? 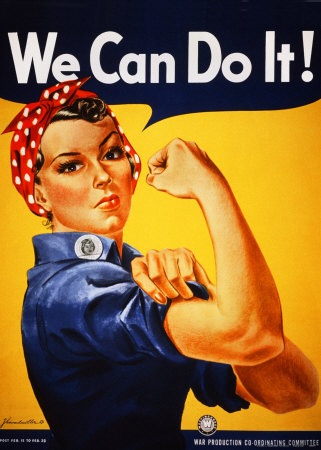 You don’t know me (probably most of you here don’t) but I’m a fellow wind warrior from up in Maine.  There are a couple of Maine acoustics experts who happen to be friends of mine, so I know quite a bit about your ‘story’.

Please, sweetheart—don’t give up hope.  I’ve watched as many have reached ‘burn out’ and a break from the fight is critical.  That’s why soldiers have ‘leave’.  No one can battle non-stop.  We all need respite and down-time in which to rejuvenate.

But know this—there are legions gearing up all around the world who are in your corner.  People who feel just like you feel, and who’ve decided they aren’t going to take it anymore.

They aren’t willing to be guinea pigs, or collateral damage. They will not allow themselves to be taken advantage of. They won’t sacrifice their health or quality of life or their ethics for something which is based on lies and supported by a few in power who falsely believe that the ignorant masses will continue to be malleable and docile.

Please take a break from this and pay attention to YOU and to what gives you happiness and peace.  But then . . . please come back.  Come back with more ‘pissed off’ than ‘dejected’.  The ‘pissed off’ will win the day.  I truly believe that.

Every autumn, on warm days, hornets alight on the southern exterior face of my old homestead.  Just like the Japanese beetles do . . . but those ‘ladybugs’ are seen as benign.  The hornets, on the other hand, inspire fear.  They seem powerful. Lethal.

One September afternoon, when my daughter Josie-Earl was in first grade, she got off the school bus and ran towards the front door.  Before she reached her destination I heard her let out a wail, and she darted off the porch and ran back to the cherry tree, which stood in the middle of the front lawn.

I opened the door to see what the matter was.  Tired from a long day at school, and crying, she told me she didn’t dare come inside because of all the hornets buzzing around.  There were a lot, for sure.  But they were (mostly) benign . . . and she couldn’t stay outside until dark, when the hornets returned to their homes.  So . . .

I went outside and sat under the tree with her.  I told Josie that I’d been afraid of a lot of things in my life.  But I’d also learned that bullies—bullies such as abusive ex-husbands and hornets—fed off fear.  And the only thing that takes away a bully’s power is to NOT be afraid—or at least, to not show your fear.  To NOT let them ‘control the scene’.  To stand up to them! Show them they won’t—canNOT—win.  And I told Josie that God or Mother Nature or whoever was in charge of such things, gave us adrenalin for a reason.  I told her that a blood-curdling scream worked wonders at pumping us full of piss-and-vinegar and that I bet that—if she screamed at the top of her lungs—she’d find the courage to run right through that bunch of mean old hornets and straight through the kitchen door (where a yummy after-school snack awaited).

Like a couple of idiots (there’s a reason we live in the middle of the woods) we inhaled a lungful of moxie and exhaled a couple of bellows designed to make the maddest of hornets quiver in fear.  Holding her hand, we ran—screaming—up onto the porch and into the kitchen.

Before we reached our destination, Josie was giggling.  She not only felt infused with courage and satisfaction at conquering her fear . . . she felt quite foolish.  Which is okay.  We have to be able to laugh at ourselves, so it doesn’t hurt so much when others laugh at us.

I guess my point is—there is power in fear.  Fear grows anger, and anger grows courage.  No one can charge into battle without courage, but it is rooted in being afraid and in being mad.  When there are injustices—we are empowered.  And those with the most power are those who win wars.

Please take a well-deserved break, but don’t feel defeated.  There are bucket-loads of us here who have your back.  We’re here for you and won’t quit until we’ve brought empathy and common sense back into the picture.

Take care, Sue.  And thank you for having the courage to speak out. 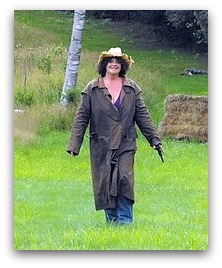 Our frigate takes fire,
The other asks if we demand quarter?
If our colors are struck and the fighting done?

Now I laugh content, for I hear the voice of my little captain,
We have not struck, he composedly cries, we have just begun our part of the fighting.

Only three guns are in use,
One is directed by the captain himself against the enemy’s mainmast,
Two well serv’d with grape and canister silence his musketry and clear his decks.