What has no ears, three legs, and hooves turned backwards? (Australia)

“Add them all together—the eagle death, the bad eggs, the deformed lambs, the headaches, the forgetfulness, the family feuds—and it is difficult to envisage a more apprehensive or dysfunctional town.” 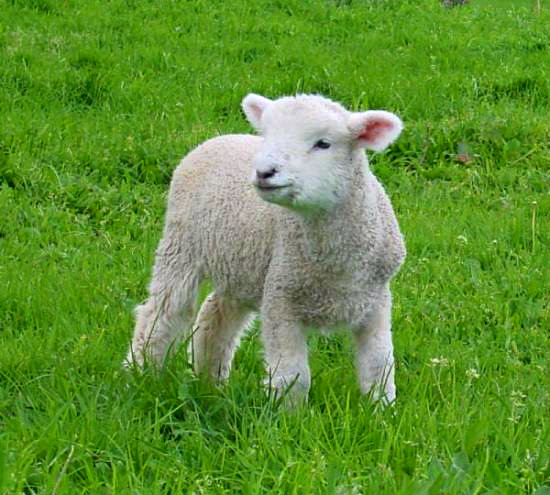 “Questions Blowing in the Wind”

From the low mountain ridge, 3km in the distance, the roar of wind turbines bears down on the Waterloo village main street like a runaway truck that never arrives.

At night, the soundscape changes with the prevailing winds. Sometimes the distant rumble could easily be mistaken for waves rolling on to ocean sands. But given the heightened anxieties along this dysfunctional street, 120km northeast of Adelaide, the mind can play tricks.

Is the squeeze of ear pressure significant or simply a brewing head cold? Is broken sleep the result of unfamiliar surroundings or something more sinister?

But what is beyond doubt is that in Waterloo, after 18 months of operation of the wind farm, residents are voting with their feet at great personal financial and emotional cost. Domestic and farm animals are reportedly showing signs of distress and the discovery this week of a dead wedge-tailed eagle at the base of the northern wind turbine tower may confirm the worst for environmentalists. 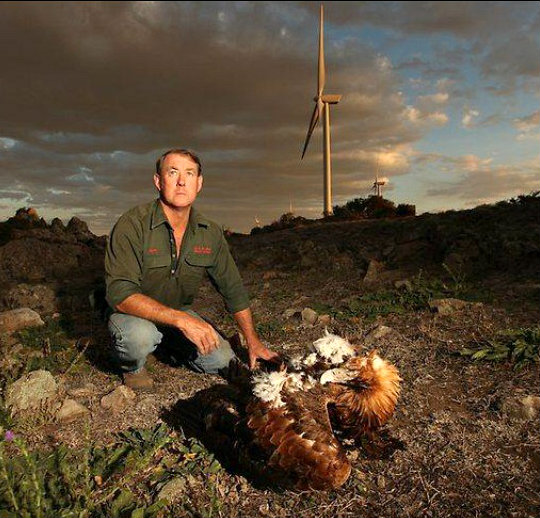 Experts say the eagle, a sub-adult with a broken wing and crushed skull, appears to have died quickly. Many locals say the impact of wind turbines on immediate residents is more drawn out.

Roger Kruse is a descendant of one of Waterloo’s original settler families. In March last year he went to a liquidation auction to buy a $180 lawnmower in neighbouring Saddleworth, but ended up buying the property for $233,000 as a bolthole to escape the noise in Waterloo.

Kruse says he gets ear popping and head squeezing from the wind turbines and finds it difficult to sleep. “The wind turbines are the only thing we talk about around here any more,” he says. “There is nothing else to say, you just can’t escape unless you go away.”

Kruse says he is forced to use the Saddleworth property often enough to make the purchase worthwhile.

Other residents, such as the Marciniak siblings, Andreas, Wanda and Johannes—who each moved to Waterloo to retire and live debt free—are not so wealthy, or lucky. Andreas and Johannes claim the wind turbines have worsened existing medical conditions and they have fled to live in caravans away from town.

“When the company first said it was going to put them in I was all for it,” Andreas says. “I have got solar panels, hot water, it is a very green house. We thought they (wind turbines) were good for everybody.”

He spoke out publicly in support of the Waterloo project but says “once there is a problem no one has come to speak to any of us. I have written letters till they come out of my ears and all I get back is the reply they are following the guidelines set by the EPA (Environment Protection Authority).

“Something is happening here. It’s not the noise, it is something else penetrating my house. I am waking up saturated, scared, my heart is pounding.”

His sister Wanda says she is watching her health, relationship and life collapse and just wants wind energy company TRUenergy to move her transportable home somewhere else.

“People say these people (complainers) have found out the farmers are getting money and now they want some,” Wanda says. “This is disgusting. We didn’t even know these things, that farmers were getting money. I don’t want money, I want to get relocated.”

But this week, Daws was more concerned about his chickens which, after years of faithful service, had started to lay yolkless eggs. The chooks are now off the lay completely.

Daws has kept examples of the yolkless eggs to demonstrate. He cracked open two for the cameras and, sure enough, out flowed white with no yolk.

Ironically, yolkless eggs are known as “wind eggs” and there are a number of plausible explanations. According to Broad Leys Publishing, which specialises in books for poultry keepers and organic gardeners, “wind eggs” are fairly common when a pullet is first coming into lay.

“Wind eggs can also occur in older hens if they are subject to sudden shock,” the Broad Leys website says. Daws’s chickens do not have youth on their side.

Andreas claims his chickens, too, had produced yolkless eggs in Waterloo but returned to normal laying habits when removed from the influence of the turbines.

Yolkless chickens aren’t the only animal concern in Waterloo. One long-term sheep farmer reports a three-fold spike in birth defects since the turbines started operating. This year, lambs have been born with no ears, three legs and hoofs turned backwards.

But the farmer, who does not want to be identified, says he’s not ready to blame the windmills.

“If it continues we will have to call out the experts,” he says.

“It could be genetics from inbreeding or chemical residues or something else.”

But add them all together—the eagle death, the bad eggs, the deformed lambs, the headaches, the forgetfulness, the family feuds—and it is difficult to envisage a more apprehensive or dysfunctional town.

Whatever is causing the symptoms, the suffering in Waterloo is acute and a stark example of the community challenges faced in the push into wind energy that still enjoys a great deal of support from the South Australian government.

It highlights questions about the rights of neighbours and the need to properly understand health concerns that are now being raised across the world.

TRUenergy, which purchased the Waterloo wind farm from Roaring 40s last year and has plans to expand, says it is doing its best to be a good community citizen. According to TRUenergy’s Waterloo community liaison officer, Michael Head, and the company’s Melbourne-based head of corporate relations, Sarah Stent, community relations are progressing well. The company says there are many local residents who are happy but not willing to speak publicly.

There is a community liaison group but only three of the group’s more than 25 members live near the wind turbines.

Head’s office is in the foothills below the range on which the wind turbines are perched. He does not live in Waterloo and is prepared to accept assurances from outside the town that local community divisions are long-standing.

Head says the company has worked hard to fix issues of poor television reception and denies there are widespread complaints from the local community.

The company rejects the findings of a recent survey that says more than half of local resident respondents reported having been very or moderately negatively affected by the wind turbines.

For Kruse, the Marciniaks and other local families, the explanation is obvious. All say that when they ring TRUenergy to complain using their land or mobile lines the calls go to message bank and are never returned. When they use an unfamiliar line to call, the telephone is picked up.

They say it exemplifies the pattern of screening in which they believe the company favours advice from people who tell it what it wants to hear, something the company denies.

This includes the use of postcode surveys in which “locals” may live more than 20km away and never see a wind turbine.

From Melbourne or Adelaide it is seen as good enough.

“It is not our view that the majority of the population is opposed to the wind farm nor dissatisfied with our approach to community engagement,” says Stent. “Community engagement for us is not a battle ‘to be won.’”

The company’s December community newsletter says “Talking with the community is very important to us as it helps us gain an understanding of your opinions and concerns.”

Stent says that the company will “continue to engage with the community both in Waterloo and the wider mid north so that residents can form their opinion on wind energy based on relevant, factual information”.