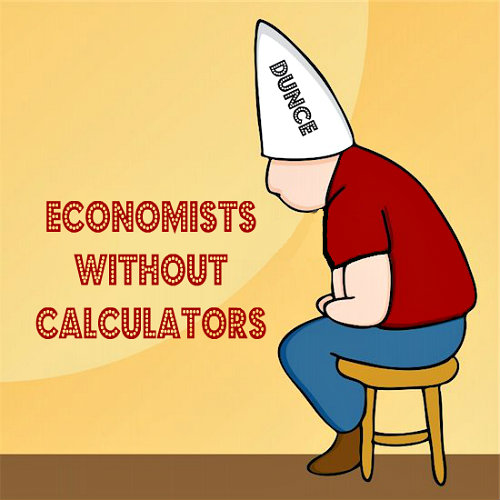 Last week, just before the opening of the U.N.’s Earth Summit meeting in Rio de Janeiro, the New York Times ran an op-ed that decried the rapid rise in carbon dioxide emissions during the two decades since a similar meeting was held in Rio.

The authors of the article — Christian Azar, a professor at Sweden’s Chalmers University of Technology, and two economists from the Environmental Defense Fund, Thomas Sterner and Gernot Wagner — claimed that the world needs to “kick its addiction to fossil fuels” and that renewable energy provides the road to salvation because “the seeds of an environmental revolution are being sown.”

The authors’ solution was a familiar one: a carbon tax and/or a cap on carbon dioxide emissions. Never mind that the failure of the meeting at Rio shows, yet again, that a global carbon tax or emissions cap stands absolutely no chance of being implemented. Further, let’s ignore the claim that we have an “addiction” to hydrocarbons, which remain the cheapest, most abundant, most reliable source of energy for billions of people all over the world.

Instead, let’s consider the issue that Azar, Sterner, and Wagner — along with nearly every other proponent of “green” energy — refuse to consider: scale. A simple bit of math shows that even with the rapid expansion that solar-energy and wind-energy capacity have had in the past few years, those two sources cannot even meet incremental global demand for electricity, much less make a dent in the world’s overall demand for hydrocarbons.

How much solar capacity would be needed to produce 450 terawatt-hours? Well, Germany has more installed solar-energy capacity than any other country, with some 25,000 megawatts of installed photovoltaic panels. In 2011, those panels produced 18 terawatt-hours of electricity. Thus, just to keep pace with the growth in global electricity demand, the world would have to install about 25 times as much photovoltaic capacity as Germany’s total installed base, and it would have to do so again every year.

The scale problem is equally obvious when it comes to wind.

At the end of 2011, the U.S. had 47,000 megawatts of installed wind-energy capacity. (Only China, with 62,000 megawatts, had more.) In 2011, all the wind turbines in the U.S. together produced about 120 terawatt-hours of electricity. Thus, just to keep pace with the growth in global electricity demand by using wind energy, we would have to install about 3.75 times the total current installed wind capacity in the U.S. every year. That means that global wind-energy capacity would have to increase by about 176,000 megawatts each and every year.

That would be an enormous challenge, given that between 2010 and 2011, global wind-energy capacity increased by just 41,000 megawatts. That’s a record increase, and one that advocates of renewable energy are quick to laud. But those same advocates refuse to acknowledge the energy sprawl inherent in wind energy, nor will they admit the growing backlash against the wind industry.

Let’s consider the extent of the energy sprawl if wind energy were to supply that 450 terawatt-hours per year of incremental electricity demand.

The power density of wind energy is roughly two watts per square meter, or about five megawatts per square mile. That means that by the end of 2011, the U.S. had covered a land area of about 9,400 square miles, just slightly smaller than the state of Maryland, with wind turbines. Therefore, to keep up with the growth in global electricity demand by using wind energy alone, the global wind industry will need to cover a land area of some 35,000 square miles — about the size of Indiana — with wind turbines. And it will have to do so every year from now through 2035.

That metric’s still hard to grasp, so let me put it another way: In order to merely keep up with the growth of global electricity use, the wind industry would have to cover 96 square miles every day with wind turbines. That’s an area about the size of four Manhattans.

Glib economists might suggest that such a feat could be achieved, but that ignores another key question: Where will we put all those turbines?

If you think offshore wind is the answer, the costs will easily be double those on land. But placing more turbines offshore is meeting stiff resistance, and putting them on land isn’t easy either. The backlash against wind energy is global, and it’s growing. Europe alone has more than 500 anti-wind groups. In the U.K., where fights are raging against industrial wind projects in Wales, Scotland, and elsewhere, some 285 anti-wind groups have been formed. In May 2011, the BBC reported that some 1,500 protesters descended on the Welsh assembly, demanding that a massive wind project planned for central Wales be halted.

One of the biggest issues for wind projects is noise. Numerous studies have demonstrated the deleterious health effects caused by the low-frequency noise and infrasound generated by large wind turbines. The Canadian province of Ontario has been Ground Zero for the fight. According to Beth Harrington, a volunteer spokesperson for several Ontario-based environmental groups, about 40 families in Ontario have been forced out of their homes due to wind-turbine noise.

In January the Ontario Federation of Agriculture, the province’s biggest farm organization, called for a moratorium on new wind-project developments, saying that the push for wind energy had “become untenable” and that “rural residents’ health and nuisance complaints must be immediately and fairly addressed.” Last July, Ontario’s Environmental Review Tribunal examined the noise issues related to large-scale wind projects and concluded that “the debate should not be simplified to one about whether wind turbines can cause harm to humans. The evidence presented to the Tribunal demonstrates that they can, if facilities are placed too close to residents. The debate has now evolved to one of degree.”

Several countries are establishing minimum setbacks to keep wind turbines from being built too close to residential areas. In February, John Kelly, a member of Ireland’s Seanad, introduced a bill that will require large new wind turbines to be at least 1.5 kilometers from any residence. In mid-2011, the Australian state of Victoria responded to the public uproar over wind-project siting by announcing that it would enforce a two-kilometer (1.25-mile) setback between wind turbines and homes. Earlier this month, in the U.K., the Lincolnshire county council imposed an identical setback from homes, and the council’s leader, Martin Hill, told a local newspaper that “enough is enough . . . Not only are these things spoiling our beautiful countryside for future generations, they could also seriously damage our tourism industry. Who wants to spend their holiday looking at a 400-foot turbine?”

Hill went on to ask “who wants to live next door” to a wind project. “People enjoy living in Lincolnshire because we have a great way of life, not because the landscape’s blighted by wind farms.”

Here in the U.S., about 140 anti-wind groups have been formed. And an analysis of public records and newspaper clippings shows that more than three dozen cities in eight states have passed ordinances that either ban or restrict construction of large-scale wind projects. Indeed, people in rural areas around the world are complaining about being “blighted by wind farms.” That can be seen by looking at newspaper stories from Missouri, Oregon, New York, Minnesota, Taiwan, Ireland, and New Zealand.

There’s a wealth of easily web-searchable information on the wind-turbine noise problem, including this long report from the Australian Senate. If Azar, Sterner, and Wagner wanted an individual account of the problem, they could have read about Samantha and Carl Stepnell, who were forced to abandon their home in rural Australia due to infrasound produced by a large wind project built near their 4,200-acre farm.

Alas, rural landowners appear to be of little concern to the economists from the Environmental Defense Fund and their Swedish co-author. Instead, they claim that the “solar and wind revolution is just beginning.” Had they bothered to use a calculator, they could have seen that their “revolution” is a thoroughly inadequate response to a global issue.

Op-ed writers are welcome to their own opinions, but not their own facts. It’s well past time for a real debate — using actual numbers — about global energy policy. But the chance for that debate is only harmed by glib claims about an “environmental revolution” that can occur only if we make energy much more expensive.
.

—Robert Bryce is a senior fellow at the Manhattan Institute.