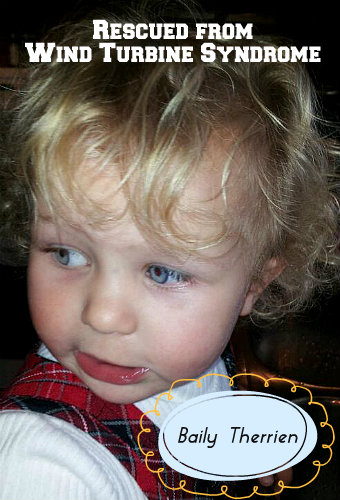 If Wind Turbine Syndrome (WTS) had a poster child, surely it would be 2-year-old Baily Therrien (Vermont).

A quick review.  For several years (three? four?) Baily’s mom & dad have been pleading with the State of Vermont to put a stop to the industrial wind turbines that are tormenting them and their two children with WTS.

Vermont, of course, in its corporate-spun cocoon, turned a deaf ear—and continues to.  The news media gave the Therriens some slap and tickle notice, and then went on to more pressing, titillating news.

Four years of pleading accomplished exactly zero results; the Therriens were being “hung out to twist in the wind,” as the morbid saying goes.

Till readers of this website rode to the rescue! 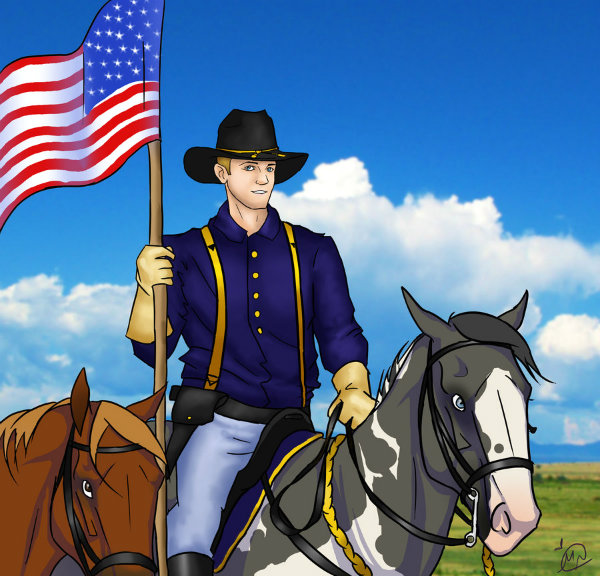 Better yet, the Therriens now have all that money in hand.  To say that Luann & Steve Therrien are “over the moon” with appreciation would be an understatement.

The story gets better.  Earlier this week, the Executive Director of Vermonters for a Clean Environment, Annette Smith, launched an additional fund-raiser, and so far it’s approaching $1,000, I am told.

Back to our poster child.  The other day, Luann filed this report with the Vermont public agency responsible for logging (and immediately ignoring) complaints about WTS.  (These would be the same “non-complaints” referred to by the American Wind Energy Association when contacted by an ABC News correspondent last week.)

The American Wind Energy Association (AWEA), which represents the industry, said that wind power was “an inexhaustible resource,” which did not harm the environment and provided a “direct health benefit by reducing air pollution and related health impacts, including asthma.”

Spokeswoman Lindsay North, who did not comment on the Falmouth cases, said health complaints were “rare.”

“Rare” huh, Lindsay?   How about “denied” and the whole issue buried under platitude and “clean energy” bullshit.

(Bullshit, except it wounds people like Baily Therrien—and that of course makes it far worse than bullshit.) 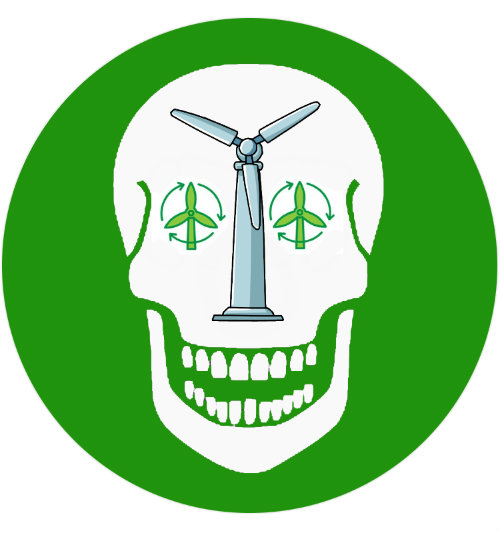 Why?  You really don’t need to ask that question, do you?  No, you do not!

Have been awake for awhile, and repeatedly, by my baby girl Baily, who will be 2 in January.

Does this seem odd to anyone other than me?

Note to Luann:  Vermont won’t reply.  You know that.  This is corporate and government-sponsored abuse, including child abuse.

The good news, Luann, is that readers of this site responded.  An international response, as you discovered when all those checks arrived in the mail this week.

People of conscience and people who are still human beings apologize to you and your family.

Luann, we’re happy—really happy!—that Baily and Seager won’t be terrorized by these damn turbines any longer.  Nor will you and Steve.  We’re sorry you must abandon your beloved home in the woods.

Let us all pray, “Dear God, may Baily forget—may she never carry the emotional scars, the PTSD—of her experience with ‘clean, green, renewable’ wind energy.” 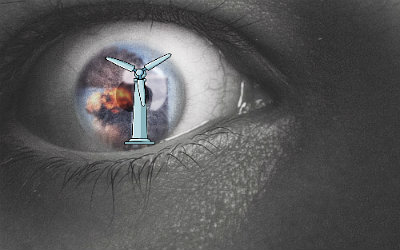