“Clean wind is clean only until it enters the blades. After that it is dirty wind.” 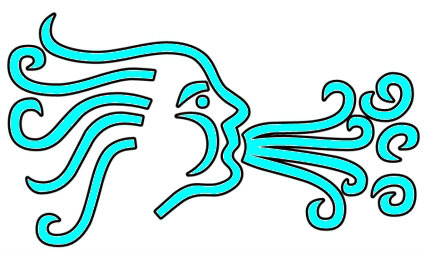 Editor’s note:  Wind energy is billed as “clean” by its promoters—as in the slogan “clean, green, renewable.”  The truth of the matter is wind turbines are major “noise polluters.”

Noise polluters is the proper way of framing the issue with wind turbines.  An honest discussion about wind energy that is based on evidence from operating projects would have to say that “clean wind” is “clean” only until it enters the blades.  After that it is “dirty” wind.  The interaction between in-flowing air and the blades of the wind turbines changes the wind from something that is healthy and refreshing to something that causes people and animals to become sick. How can any machine that changes wind from healthy to unhealthy claim to be “Green” or “Clean?”

When nuclear energy was first promoted it, too, was promoted as a safe, clean way to produce electricity.  Even if there had been no risks associated with radiation, there were consequences to the environment which included heating of the water used to cool the reactors, which altered fishing and other natural habitats.

With wind energy production, the turbine blade alters the air moving across it.  The consequences of this change are complex and not always intuitive.  New studies are giving rise to concerns about warming of areas around large arrays of turbines.  In addition, the pressure changes that appear as large wakes propagating at the speed of the wind and also noise emissions which propagate at the speed of sound have been shown to be detrimental to weather radar and have produced radar “blind” spots in communities with big projects.

Both sources of modulating pressure have effects on people, agricultural animals, wildlife, and structures—effects that were not properly accounted for during the design of the machines or mitigated by evidence-based safety margins when siting projects. Given that wind energy is only produced during periods with sufficient upper level winds, there is still a need for backup electric production, with the result that the anticipated benefit of less pollution from coal and gas-fired utilities has not occurred.

In sum, wind turbines are neither “clean” nor “green.”

“Noise polluters” is an appropriate way to refer to wind turbines and those who operate them with adversely affected neighbors complaining.

Acoustically speaking, wind turbines are “dirty”:  they create noise pollution, also known as unwanted sound.  We know this from reports by affected neighbors.  It is worth noting that the wind coming into the turbines is not always even and smooth; the fuel, as it were, is “dirty,” and the wind turbine acoustic output is also “dirty.”

Just like a gasoline or diesel engine stumbling, thumping, and backfiring on dirty fuel, a wind turbine is noisier when running in turbulent or shearing winds.  Turbulent and shearing winds are the norm in many areas where wind turbines have been located.

However, the wind turbine test standard IEC 61400-11 prevents a full accounting of wind turbine acoustic emissions by (1) requiring testing be done only under very smooth airflow conditions (shear <0.2), and (2) requiring A-weighting which filters out low-frequency emissions from analysis, and (3) requiring time averaging which hides dynamic modulations.

People often ask me, “What is a safe distance for a wind turbine?”  I appreciate the question because it indicates the questioner has some concept that there can be noise pollution problems for people (and animals) near wind turbines. After reading the reports from Australia, and especially since April 2011, when Steve Ambrose and I got clobbered by the wind turbine noise & pressure emissions in Falmouth, Massachusetts, I have been replying that I know of no safe distance from wind turbines at this time.  Ambrose & I suggested in our reports that we experienced a dose-response relationship between the wind turbine pulsations and adverse health effects, with a time onset and a time to recovery, and recovery related to our being many miles away or the wind turbine being off.