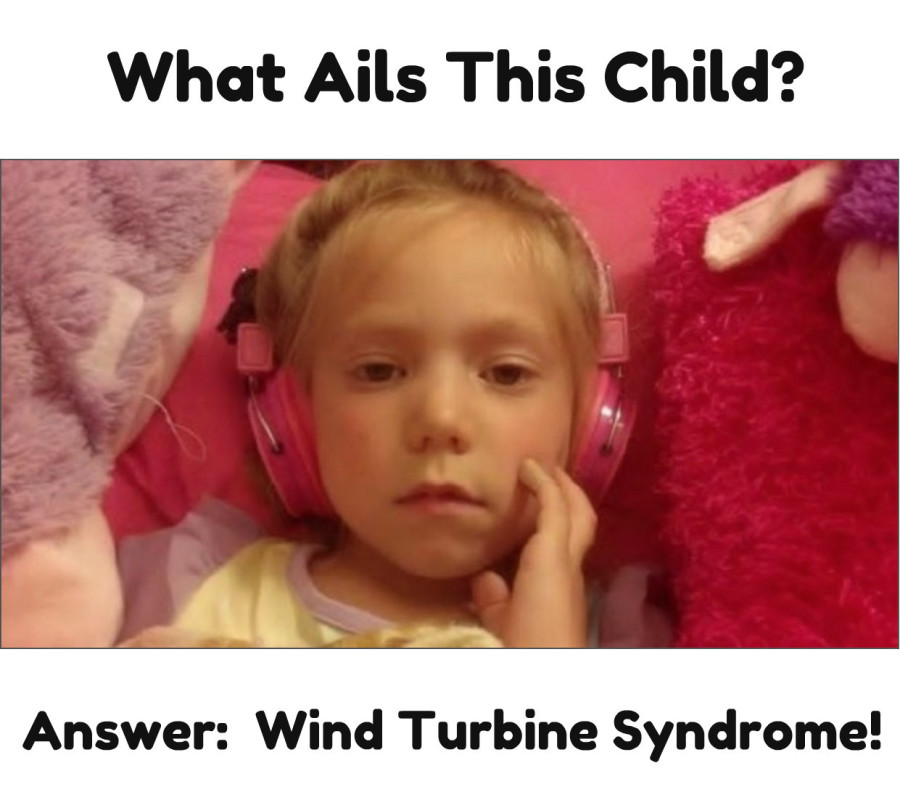 Editor’s note:  This article was sent to us by a man in the Midwest, who knows this girl’s family.  The girl’s father, Ted Hartke, “is an engineer and surveyor,” wrote my friend.  “He was initially in favor of the California Ridge windfarm.  You already know what happened next.” 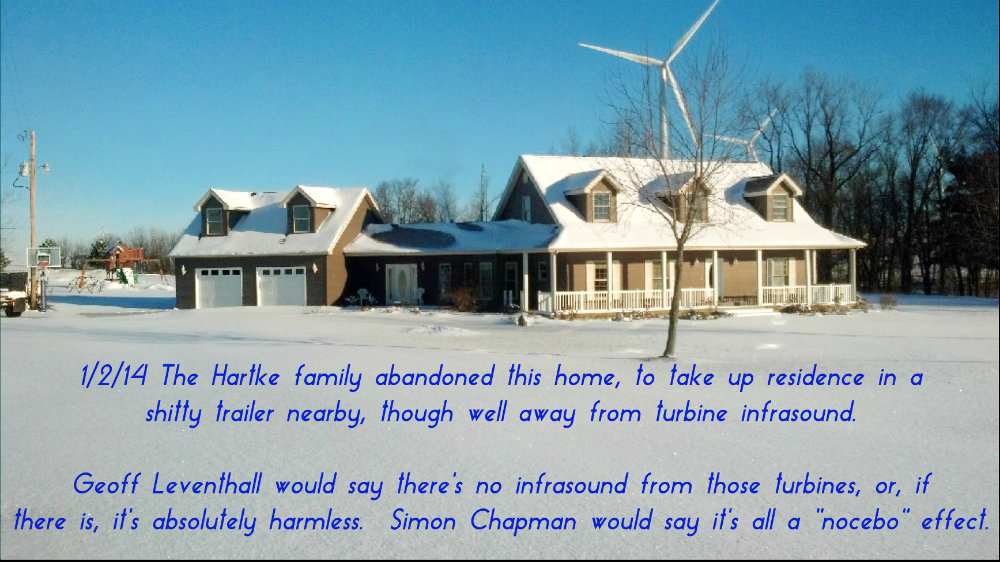 We’d like to dedicate this story and the plight of  6-year-old Sophia (yes, that’s her name) to Australia’s Professor Simon Chapman and the U.K.’s Dr. Geoff Leventhall.

Sophia, my sweetheart, both these brilliant professors ridicule what you’re suffering from.  It’s called ‘Wind Turbine Syndrome.’  Both men say it’s nonsense.  Mr. Chapman says people like you become ill because you envy your neighbors who have wind turbine leases.  (Really, Sophia!  Are you really truly envious of them?  You can tell me, confidentially.)  Whereas Mr. Leventhall seems to think  you don’t understand that wind turbines don’t produce infrasound of any significance.  And, even if they did, he’d assure you it couldn’t bother you in the least, my love!”

(It’s clear what Sophia’s problem is.  She doesn’t have a PhD degree.  Nor does she “consult” for wind energy companies.  Nor does she get herself quoted by world media, ridiculing people with symptoms like hers.  If she did have a PhD and did consult for wind companies, she’d know in a flash that she’s making all this up, and being hysterical, and probably needs to be told by her mom to stop this naughty behavior RIGHT NOW!  Then of course get sent to her room.) 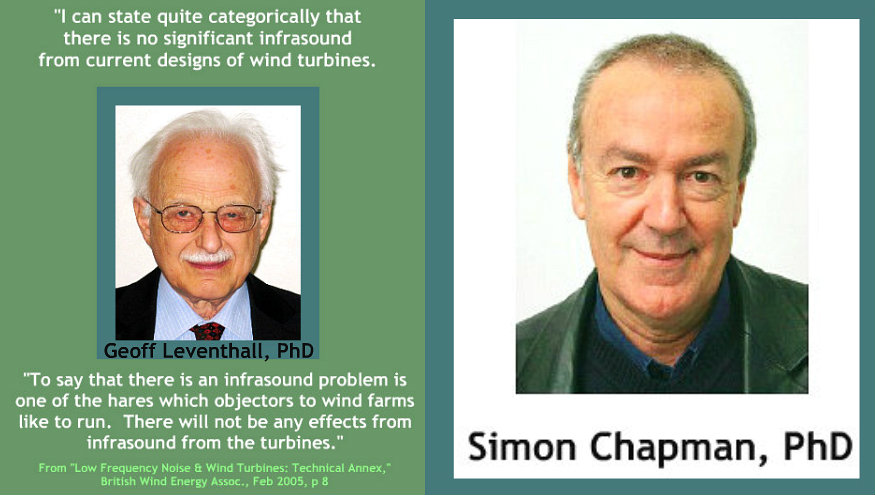 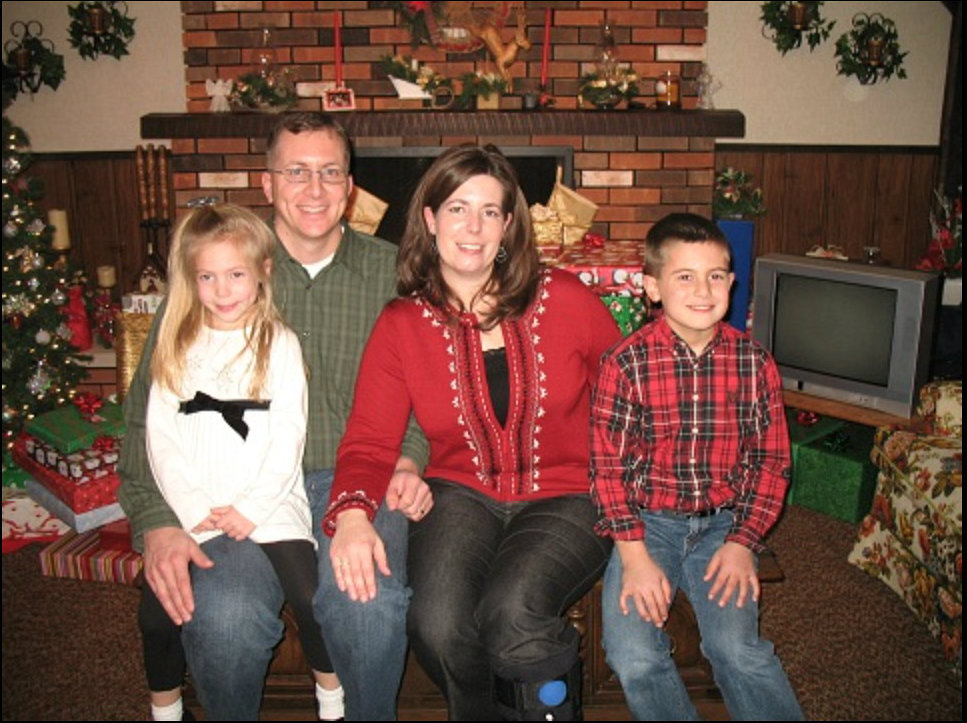 This is a snapshot of the Hartkes, Christmas 2012, at the start of their wind turbine noise hell. (Merry Christmas from the wind developers and their enablers!)

Click here to read more about their horror story, and view more photos.  The following was written, I believe, by Mr. Hartke.

This six-year-old girl is wearing her Hello Kitty headphones to bed in July 2013 because the wind turbines operating on the adjacent farm property are making too much noise.

The closest wind turbines are 1665’ and 2225’ away, they are 495’ tall GE 1.6 MW nameplate capacity, and they are owned & operated by InvEnergy in Vermilion County, Illinois.

This scenario was repeated for so many nights during each week that, within six months after this photo was taken, the parents and both children abandoned their home and moved into a doublewide trailer eight miles away — to get away from the nighttime noise.

Now, she regularly asks her parents, “When can we move back into our old house?” and “I want to have a normal life and get to have my old bedroom back again because I don’t like living here because there’s not enough room for my stuff and there’s no place to keep my things.”  Her parents have gently reminded both kids that they love them very much and that their health is away more important than having material things such as a nice big house with all the toys and things.

Good parents know when they have to set priorities, and this family is making the right decision to inform the public so that other families do not have to suffer the grief and life-changing setbacks caused by improper wind turbine siting.

Are there children who live in your county?  Are there any families who live near wind projects proposed for their rural community?  Have you seen the letter from the Armstrong Grade School Superintendent?

If not, please take a few minutes to learn more by visiting www.fairwindenergy.org and www.edgarcountywatchdogs.com and  search “Vermilion” to see what can happen to your friends or family when wind turbine siting is overlooked and decisions are made by ill-informed government bureaucrats.