"Some of the turbine effects have to be experienced to be believed." (New Brunswick, Canada)

“‘When people talk about noise from turbines, it is really hard to explain what turbine noise is like.  Many of the residents are struggling to understand how the government could allow these turbines to be put so close to people’s homes.’  Todd said many of the homeowners complaining about the wind turbines live between 3000 to 3500 feet away from the 1.5-megawatt units.  Todd said if wind turbine setbacks were increased, the negative effects on nearby landowners would be greatly reduced, if not eliminated.” 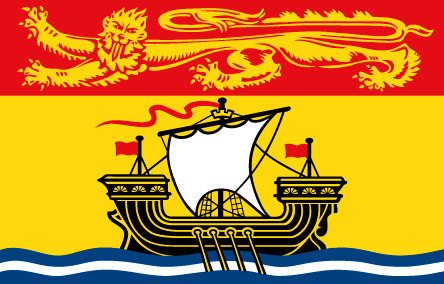 “Wind power can generate headaches for nearby residents”

Wind turbines located too close to homes and humans can pose a health hazard, a Mars Hill area resident warned New Denmark homeowners during as REACT (Reacts Efforts Against Construction of Turbines in New Denmark) sponsored meeting held in the community recently.  Sam Porter, co-chairperson of REACT ND, said his group was formed because of residential concerns about the possibility of large wind turbines erected beside their New Denmark homes and farms. A group of farmers have joined forces with Prowind Canada to study the possibility of constructing a 60-megawatt wind farm in the community.

“We spent countless hours gathering information and looking at reports and studies. Our concern is the health implications. What we asking the government to do is extend the setback from the present 500 meters to two kilometres. These studies are being done by doctors,  And many have recommend a minimum setback at two kilometres.”

About 100 people attended the meeting to listen to Wendy Todd, who described herself as a housewife and mother who lives near several of the 28 turbines that make up the First Wind project on and around Mars Hill. She gave a lengthy and sometimes emotional description of life underneath the wind turbines.

“We tried to do everything the right way. When the developer first came to town most of the town thought, What a great idea. We attended the public meetings and listened to information that was given, we thought we had all the answers. The project was approved and went through the DEP (Maine Department of Environmental Protection). The project went on-line in March two years ago and we have been dealing with the problems ever since.”

Todd said as soon as the wind turbines came on-line the complaints started coming in. Landowners were told the turbines would not produce any noises, perhaps a gentle “whoosh” on several days of the year.

“The printed document said we would hear nothing at the bottom of the mountain. Other issues were never mentioned at all, like shadow strobes.  We would told our property values would go up.”

Todd said landowners complained to the First Wind developers, but they provide no response. Complaints to the town of Mars Hill yielded little help, and the Maine DEP is now involved to see if the project meets the compliance. The frustrated landowners have contacted lawyers and are launching legal action.

“Right now the project is running about 50 per cent capacity. We have days the turbines don’t run at all in the summertime, but on the days the turbine are off, you drop everything you are doing to go outside to remember what life was like before the turbines,” Todd stated. “I want to make sure you know how this project has affected so many families.”

Todd said some of the turbine effects have to be experienced to be believed. She talked about shadow flicker, the strobe-like effect of mile-long shadows rolling across the landscape when the sun is either rising or falling before the turbines.

“When people talk about noise from turbines, it is really hard to explain what turbine noise is like. I am hoping that each person’s perspective will help you understand.”

Todd read numerous experiences of her friends and neighbours, about their issues with the wind turbines. Homeowners complained about excessive noise, shadow flicker, negative effects on pets and livestock, complaints that wildlife have moved out after the turbine installation, the landscape changes.

“Many of the residents are struggling to understand how the government could allow these turbines to be put so close to people’s homes, and how it is disturbing the watershed and forests. Each turbine pad is a little over two acres, and the amount of concrete in each slab is anywhere from 15 to 290 feet deep, and the anchors can go up to 40 feet deep, so these turbines won’t topple.”

The landowner said the “gentle whooshing sound” heard on a nice sunny day in June is the optimal condition. She quoted numerous studies that show why the noise from turbines is so disruptive to people in their homes.

“That basically, I hate to say this, is what you people have to look forward to. All of these people were under the impression that what they were inviting into their back yards was a good thing, that it was green, that it was renewable, they are doing something wonderful for our planet, for our children and our grandchildren.  When you discover the truth and what you have to sacrifice, it won’t be so wonderful anymore.”

Todd said many of the homeowners complaining about the wind turbines live between 3000 to 3500 feet away from the 1.5-megawatt units. The New Demark project would use proposed turbines that could be two to three megawatts in size.

“You need to be concerned about the noise levels from units that size,” she stated. “Once the turbines pick up speed, they pick up aerodynamic noise. As they near capacity, the blades pick up noise from the tower, and inside a house you will hear a rhythmic thumping.”

Todd said landowners must also be concerned about ice buildup during the winter months. The DEP shut down the two turbines on top of the ski hill during icy conditions because of safety concerns.

“There are reports of huge chunks of ice hitting the ground. The turbines are supposed to shut down if there is any ice buildup. But if there is a gradual ice buildup, the turbine will not shut down,” she told residents.

Todd said if wind turbine setbacks were increased, the negative effects on nearby landowners would be greatly reduced, if not eliminated.

“I would recommend they you have more public hearings and bring in expert testimony to talk about these problems,” she said.

Porter told the audience that numerous groups of residents have formed in Canada and around the world in an effort to have new safety and environmental regulations enforced around wind turbines.

“We are not unique in this venture. We are not generating information out of our minds, this is all documentation that can be cited.”

The co-chairman said the group has contacted numerous wind experts to compile data, and he asked everyone in the room to take time to examine the data and make up their own minds.

“If you have questions, talk to a doctor and professional people about some of the problems that have been cited with the establishment of wind turbines. I can’t make that decision for you, but I can tell you one thing, once they come here they are here to stay.”

Porter said residents who want a larger setback need to make their voices heard to MLAs and politicians.

“You make the judgment on your own. But it is critical to act now,” he concluded.


Comments Off on "Some of the turbine effects have to be experienced to be believed." (New Brunswick, Canada)