"I am most worried about my youngest son Wyatt, 3 years old." (Ontario, Canada)

Spring 2009 diary of a a young mother in Ontario, Canada.  Click here to read more entries on her blog, “My next door neighbour is a wind turbine.” 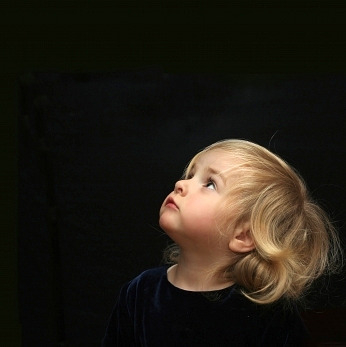 With appreciation to Kristen McClure, Therapist

“Wyatt has been demonstrating some concerning symptoms. For example, Wyatt will become very upset with me for reasons such as not bringing his Teddy or his milk to him when asked.  The fact is, he is holding the item, as I brought it to him a few minutes before, and not only does he have no recollection, I have to point out to him that it is in his hand at that moment.  This is very upsetting. I have tried to schedule an appointment with our local Pediatricians and the soonest appointment I could get in April was for July 6th, 2009, so all we can do is wait to have him tested/examined” (emphasis added).

“I have noticed that my memory and even ability to continue with a task has been negatively affected to the extreme. This concerns me, as I have always been able to retain large amounts of information and multi-task extremely affectively. I now find that I need to write things down, and in fact at times have found myself wondering what I was about to do or say as it completely leaves my mind.

“Recently we were away for a three-day camping weekend and I was thrilled that we were all able to sleep through the night, and even by the second day began to feel rested and more like ourselves. The headache that I had been suffering went away by the second morning of being gone; however, within 1 day of being home, the headache returned.”

From a Letter to the Editor:  “Have you visited the wind turbines out near Dealtown (Blenheim, Highway 3)? They are truly amazing, beautiful and futuristic….Green energy is the way of the future, but at what cost?

“My family and I live close to the existing wind turbines, and are suffering because of it. Promised to be quiet and unobtrusive, the wind turbines are in fact the opposite. Sleep disturbances, headaches, ear ringing, nausea and fatigue are a handful of the symptoms we are experiencing. We have expressed our concerns to Kruger Energy and to the municipality of Chatham-Kent. They say they are working towards investigation and solutions; however, there are other proposed wind farms going ahead in the meantime.

“There is a large amount of information on the Web regarding Wind Turbine Syndrome (WTS), and activists trying to appeal to governments to stop erecting wind farms until the effects on people and animals are further studied. As I think about the years and years, and the many illnesses and deaths that had to occur before government finally started acting on the effects of tobacco, I can’t help but wonder how many people will needlessly suffer in the name of creating ‘green’ energy and bringing dollars into the community.

“I am most worried about the unknown effects of these metal giants on our beautiful children’s growing, forming minds and bodies. I hope the community and its representatives will be pro-active and slow down the wind farm installations. Let’s study what we have now and keep in mind that almost any good thing in excess can become a negative. How many wind turbines are too many? The answer:  One, if it is too close to homes and affecting the health of our children, friends and neighbors.”

“As the leaves fell off of the trees, and the stronger winds of winter came, we found the turbines to be more and more disturbing. We can hear them often, even when we are inside of our home. Sometimes it is a sort of hum, and other times we can hear the ‘woosh, woosh’ of the blades. It is a bit like living at an airport, where the plane never takes off.

“When outside trying to enjoy our property it is of course even louder. As we have several acres and my husband is a hunter, he found the windmills very disruptive and loud during hunting season. The shadow cast across the property is also very disturbing and gives one a ‘jumpy’ feeling as the shadow ‘runs’ across the corner of your eye when you are outside.

“These turbines are anything but silent, and when the wind blows from the west (the prevailing wind in this area), the windmills face our home and are at their loudest.”

“My husband has experienced problems sleeping for several months now. When he is awakened in the night by the sound of the turbines or another noise, the sound gets into his head and he is unable to return to sleep. He has recently tried sleeping with a loud radio or television on, and that seems to be helping a bit.  However, I can not sleep with a radio or TV on, so we are forced to sleep in different rooms.

“I myself have had some issues over this past winter [2009] as well, and only recently realized that they are likely also the result of improper rest. All of my life I have been able fall asleep immediately, stay asleep and wake up feeling very rested. When awakened during the night, I could easily fall back to sleep, even when my children were just babies and needed me several times in the night. I have always been a ‘pop my eyes open and start the day’ type of person. I rarely experienced a headache, unless I was ill with a cold or flu.

“Over these past winter months [2009] I have found that I wake up feeling groggy and un-rested. Some days to such a degree that when trying to get out of bed I actually feared that we had some type of CO [carbon monoxide] leak or something in the house, as my eyes felt so heavy and my body so tired.

“I have also experienced a few rare nights where I was awakened by something and could not fall back to sleep, as I could hear the turbines and they also kept me awake. In fact, last night the wind was quite strong and I listened to the turbines from about 1 am to 3:30 am. To understand, think of trying to sleep and a dog barking continuously outside and keeping you awake.  It is a similar feeling of annoyance and disturbance.

“I have had more headaches and ill-feeling days this past winter [2009] than I can remember ever having in my lifetime.

“Further, I at times wake up and feel a bit dizzy, as if I have been on a rollercoaster or spinning quickly in circles. It is difficult to describe but, when I shut my eyes, it is a bit like I am spinning. Sometimes, like this morning, it feels almost as if the room is vibrating when I awake in the morning.  It takes a minute to realize that it is really my insides ‘vibrating.’ This is very difficult to explain, but I believe it is my body falling into sync with the ‘woosh, woosh’ vibration of the windmills” (emphasis added).

“I have also noticed that my wrists become very sore over the course of the night, and when I awake it feels as if pressure has been applied to them and my wrists are sore and achy, while my hands are a bit numb and achy.

“About 6 weeks ago, I made the connection that, although I am not lying awake most nights, it is likely that I am not reaching a proper REM [Rapid Eye Movement] state of sleep during the night. I feel this could be the cause of my issues as well—headaches, nausea, feeling drained and tired all of the time, moodiness, not my usual self, mysterious aches and pains that seem to have no cause.”