·
“It was another restless night in a long string of interrupted sleep. Amaranth’s Leo Mendonca didn’t feel quite right, like something was wrong, but he didn’t know what, or why. 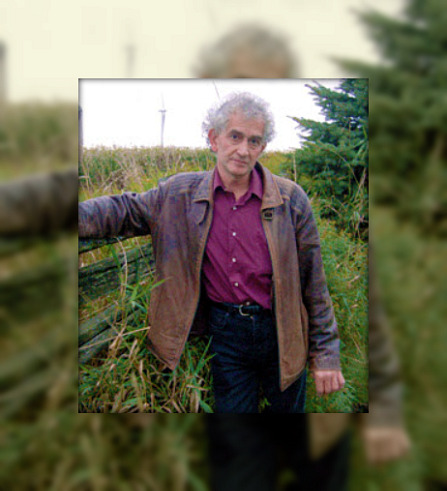 “When he got out of bed, he was struck by a wave of nausea. He made his way out to the kitchen of the 8th Line home for a drink of water, but that didn’t calm his stomach.

“Thinking some fresh air may do the trick, he headed out to the garden. There, he looked up and saw what he now believes is the source of his troubles . . . an industrial-sized wind turbine about 600 metres away, and many more within sight.

“‘I couldn’t function or leave the house,’ he says, suggesting the feeling that overwhelmed him that May morning had been building for months. ‘I gave up. I had a breakdown. . . . I was afraid to be alone.’”

Editor’s note:  Dear Leo, see Your Guide to Wind Turbine Syndrome.com for a pathophysiological explanation of what’s happening to you.  Be sure to show this to your doctor.  Tell him (her) to buy Pierpont’s book when it comes out.  Dr. Pierpont explains it all in painstaking detail—yes, including your panic, anxiety, breakdown, and nausea.  You, too, need to read the book.  At least you will learn what’s going on.  You’ve got textbook WTS.

CanWEA pretends it doesn’t know what’s going on (“It’s difficult to get a man to understand something when his salary depends upon his not understanding it”—Upton Sinclair), and this reporter seems clueless.  But you don’t need to be.

It was another restless night in a long string of interrupted sleep. Amaranth’s Leo Mendonca didn’t feel quite right, like something was wrong, but he didn’t know what, or why.

When he got out of bed, he was struck by a wave of nausea. He made his way out to the kitchen of the 8th Line home for a drink of water, but that didn’t calm his stomach.

Thinking some fresh air may do the trick, he headed out to the garden. There, he looked up and saw what he now believes is the source of his troubles . . . an industrial-sized wind turbine about 600 metres away, and many more within sight.

“I couldn’t function or leave the house,” he says, suggesting the feeling that overwhelmed him that May morning had been building for months. “I gave up. I had a breakdown. . . . I was afraid to be alone.”

Part of that fear, he acknowledges, stemmed from not knowing what was causing him to feel as he did. At the time, he didn’t know others living near turbines reported similar experiences.

The more anecdotal tales he hears, the more he’s convinced the turbines are to blame for the persistent level of anxiety he feels, as do his wife, Margarida, and daughter, Christina, 21.

Theirs is one of 17 households to lodge a noise, sleep disturbance or loss of enjoyment complaint against the Melancthon EcoPower Centre since 2006.

The majority of neighbours — there are about 300 — haven’t expressed any concern about how the turbines are impacting their life, if at all.

Strong opinions abound in the debate about whether industrial wind turbines actually affect the health of those living nearby. The wind energy industry will have you believe a direct link hasn’t been drawn between health symptoms and turbines, and therefore there isn’t one.

Yet people continue to report a litany of symptoms — from headaches and nausea to sleeplessness, irritation, a ringing in the ears and more — they say started when the turbines were turned on.

So what does the science say? There appears to be no definitive answers on either side of the discussion. Nonetheless, Robert Hornung, president of the Canadian Wind Energy Association (CanWEA) believes the argument is lopsided in his industry’s favour.

“We say it’s quite conclusively demonstrated in the peer-reviewed scientific literature that there’s no causal linkage that’s been found between sounds from wind turbines and human health,” he states.

“We do have to take these concerns seriously and I don’t think we are doubting the integrity of people who are saying they are experiencing these symptoms.

“What we are saying is that they are drawing a linkage between those symptoms and the turbines, and . . . we haven’t been able to find anything that would indicate what could be a causal basis for that linkage.”

Direct medical line or not — nobody The Banner spoke with has documentation to unequivocally correlate their reported symptoms to turbines — a small percentage of people living near turbines around the world have reported symptoms similar to those experienced by some locally.

“Each day is a struggle with excessive stress, anxiety, depression, headaches, and ear and stomach problems,” says Roger Oliviera, who lives on Seventh Line in Melancthon.

“I rarely get a full night’s sleep, and have become dependent on prescribed sleeping pills to fall asleep. The sound comes right through my walls, I can no longer open my windows.”

He says his symptoms became “very clear and persistent” about a month after turbines became active. His house is surrounded on all four sides, on adjacent properties. The closest turbine is about 480 metres away and the farthest about 600 metres.

He too has filed complaints against the wind farm, which he firmly believes is to blame for his sleeplessness and anxiety.

“I think when you look at people and the chronologies they’ve put together in terms of when they’re being affected by the noise . . . the physical evidence is there. I don’t doubt them, don’t doubt them for a minute,” Amaranth Mayor Don MacIver says of health complaints from some of the turbine’s neighbours.

MacIver is an atmospheric scientist with Environment Canada — he does not speak on behalf of his employer — and recipient of a Nobel Peace Prize for his participation in the team of scientists who contributed to the climate change documentary An Inconvenient Truth.

“There’s no direct linkage in terms of ‘all the turbines are turning at full power and therefore they get the maximum exposure.’ . . . It’s so intermittent, that it’s driving them nuts,” the mayor says. “It’s not as if it’s a continuous hum from a refrigerator and you get used to it, or a water pump. It’s intermittent spiking that is causing them tremendous disruption in their lives and their sleep patterns.”

Amaranth is home to 22 industrial wind turbines — part of Canadian Hydro Development’s (CHD) Melancthon EcoPower Centre, which has 133 turbines in all. The rest are in Melancthon.

CHD has a 20-year contract with the province to supply 199.5 MW of electricity annually — enough to supply more than 70,000 households with power.

“Many of the few complaints that we’ve had relate simply to the noise level and not necessarily to health effects,” Scott Hossie, CHD’s Ontario environmental manager, says of the wind farm.

“We should differentiate, someone who has a concern about noise, it isn’t by necessity a health issue. When it comes to sound coming from the turbines, different people have different expectations about the sound level that is acceptable at their home or at their property line.”

Since 2006, the MOE has received about 400 noise and loss of enjoyment of property complaints related to the Melancthon EcoPower Centre, from 17 households.

“The quality of sound does, absolutely does, cause some annoyance — there’s no doubt about that — and stress for certain people,” acknowledges Dr. Nicola Mercer, medical officer of health for Wellington-Dufferin-Guelph Public Health (WDGPH). “That annoyance and stress affects people differently. Some people can live near wind farms and not report any stress or sleep disturbances or annoyances related to the wind farms.”

It’s difficult to directly connect any particular influencing factor to sleep disturbance, Mercer adds, which makes it hard for people to prove a relationship, if there is one, between their symptoms and the turbines. The issue has been studied many times, in other countries, without those particular dots being connected, the doctor notes.

MacIver isn’t satisfied with the studies that have been done to-date, particularly when it comes to low frequency noise and the effect on people with prolonged exposure.

His municipality is one of many across Ontario that have repeatedly asked the provincial government to take a thorough look at potential health impacts before any more wind farms are allowed to go up.

Traditional wind farms consist of hundreds of turbines constructed on a single property. MacIver describes the ones going up in Ontario as “pimples on the landscape.”

“When you design a wind farm . . . that’s spread out all over the place, you’re increasing exposure to people. . . . Now the effects are starting to come out much more,” he says. “The bottom line conclusion is quite simple — people and turbines don’t mix.”


Comments Off on Textbook Wind Turbine Syndrome in Ontario (Canada)