"The sound of turbines roars through his house like a freight train at top speed." (Willow Creek, Oregon) 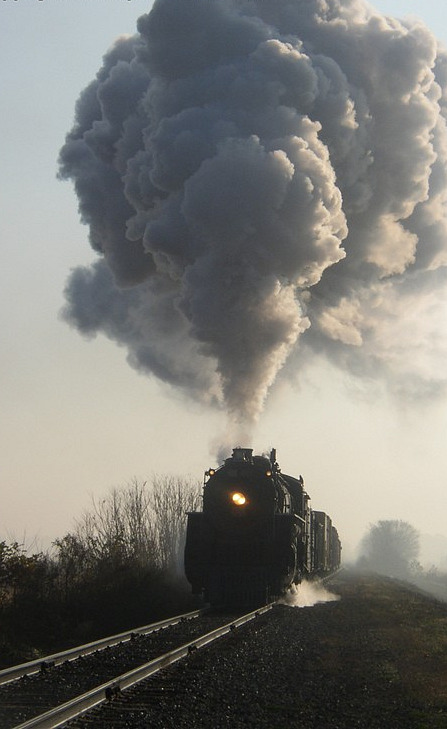 Photo by Larry Goss, with appreciation (this photo did not appear with the original article)

“Loud as the wind”

Dan Williams has a home on a bluff above Willow Creek, about 10 miles south of the Columbia River. Two years ago, he could look out his windows, or sit on his deck, and see one of the best views in the world. Rolling hills stretched in all directions and, below, Willow Creek gently meandered between green pastures.

Now Williams is ready to pack up and move. When he looks out his window, he sees a forest of wind towers. Behind his home, about a half mile away, another six turbines sit idle. Williams fears the day they start rotating, because, often, the sound of turbines already roars through his house like a freight train at top speed.

“It’s like a jet airplane that never takes off,” said Sherry Eaton, another neighbor of the Willow Creek project. Eaton and her husband, Michael, are in despair over the wind project, which they say has ruined their chances for a peaceful life in the valley.

Michael Eaton suffered a brain injury in Vietnam—he was blown off of a 155 mm Howitzer—that damaged the nerve that runs from his ear to his brain. Since then, he has lived with vertigo, he said, and any kind of vibration tends to upset his sense of balance. Since the turbines started up, he said, his condition has become unbearable.

“I can take some meds to help me, but I don’t think I can live on them,” he said.

Noise from the towers also makes it difficult to sleep, the Eatons said.

But that’s not all. The Eatons and their neighbors also fear they suffer from Wind Turbine Syndrome, a term coined by the New York scientist Nina Pierpont to describe a group of troubling symptoms, such as anxiety, sleeplessness, and memory problems, that seem to happen to those who live close to wind turbines.

The group of neighbors—the most vocal of which have been Williams, the Eatons, and Dennis and Lorrie Wade – became concerned about the wind project even before it started up. The turbines seemed too close, they felt, to fall within Oregon noise standards for wind projects.

According to an Oregon administrative rule, wind farms are allowed to generate 10 adjusted decibels (dBA) above the accepted ambient level of 26 dBA. That’s a total of 36 dBA, about the same sound level as a quiet conversation.

On November 3 of last year, Michael Eaton wrote a letter to Morrow County Planning Director Carla McLane, asking her to revoke the project’s conditional use permit “until the noise ordinance issue is resolved.” The Willow Creek wind farm’s own computer-generated model for decibel output, he wrote, clearly showed that the turbines would exceed the standard.

In turn, McLane wrote a letter asking Invenergy, the company that owns the wind project, to show evidence that Willow Creek Wind was in compliance with the noise standard.

Invenergy responded with another copy of their noise model—the turbines had not yet started—which they said showed that the decibel level at the homes on Willow Creek would be below 36 dBA.

“Regardless, Willow Creek understands that the project may need to measure ambient and facility noise…if requested by the county to further demonstrate compliance,” the accompanying letter read.

Meanwhile, the turbines started spinning, and the Willow Creek neighbors began to record the noise with handheld decibel readers. Even though they had expected to hear the turbines, they said, they were still surprised at how loud they actually were. Williams, because he was only a half mile away from the project, was also bothered by the flickering that the turbine blades made on the walls of his home during sunset. Williams is also concerned about the value of his land—he’s had no luck selling a few lots that sit close to the turbines.

The results of the neighbors’ decibel reading seemed to confirm that the wind project was making too much noise. They got readings of 40, 50, and 60 decibel levels. They began to feel the other affects of the turbines, they said, plus vibrations that made them feel jittery.

On Jan. 7, the group met with the Morrow County Court. They presented their decibel readings and asked the court to revoke the project’s conditional use permit until the issue was resolved.

“At this time Morrow County must ask Invenergy, particularly the Willow Wind project, to provide on the ground evidence that the noise standard is being met,” McLane wrote. “A modified noise study by a properly licensed professional needs to be completed.”

In an interview, McLane added that the county was in a tough situation; the Department of Environmental Quality is the state agency responsible for noise, but the state legislature has defunded the DEQ noise program.

“So it was left to the counties to enforce state rules,” she said. “Most counties don’t have the technical expertise or the necessary equipment.”

As to the specific case of the Willow Creek neighbors, McLane would say very little.

“We are working to determine what our actions should be,” she said.

Morrow County Judge Terry Tallman said he empathized with the neighbors’ plight, but felt unsure about how to respond.

“They’re citizens of Morrow County,” Tallman said, “at the same time, we want to see development. We feel like we’re in the middle, so to speak.”

Tallman added that Invenergy was “not doing a very good job” of talking to the county about the matter.

Susan Dennison, Invenergy’s communications manager, said that the company takes complaints very seriously, but she could not say when or how the noise study would be completed.

“We’ve talked about doing a sound study,” she said. “I don’t know if that’s been decided.”

She could not say what the company would do if the noise study revealed the turbines were too loud—the company’s engineers and maintenance workers would deal with that, she said.

According to the wind project’s unique tax agreement with the county, Willow Creek Wind will pay $395,296 per year to the county in taxes after its initial $25 million investment, which will be taxed in the usual manner, for the next 15 years. The company has also pledged to give the Ione school district $40,000 per year for five years.

So the wind project is good for Morrow County. That must the reason, Williams surmised, that the county has “dragged its feet” in defending the Willow Creek neighbors.

“How hard is this to do?” Williams asked. “How long are they going to drag this out before they acknowledge that they (Invenergy) are not in compliance?”

The Eatons and Williams insisted they aren’t against wind towers; they’re all for green energy, they said, just not so close to their homes.

“If they had just used a little foresight and moved these back a little farther…,” Michael Eaton said wistfully, “but they didn’t.”

Editor’s note:  The following video was made of the Eaton home by KATU Television, Portland, Oregon, before the turbines were turned on.


Comments Off on "The sound of turbines roars through his house like a freight train at top speed." (Willow Creek, Oregon)