"We can't live in our house anymore." (Ripley, Ontario)

“Last December he [Glen Wild] and his wife moved out of the house while tests were conducted. They returned a month later, but there was no improvement. In fact, he developed more symptoms. He said his doctor told him to leave the house.  ‘Once we leave the farm we recover quickly,’ he said.  ‘I’m not a scientist. I don’t know what is going on. The only thing we can tell you is that when we’re not there we feel fine and when we’re there we get sick,’ he said.” 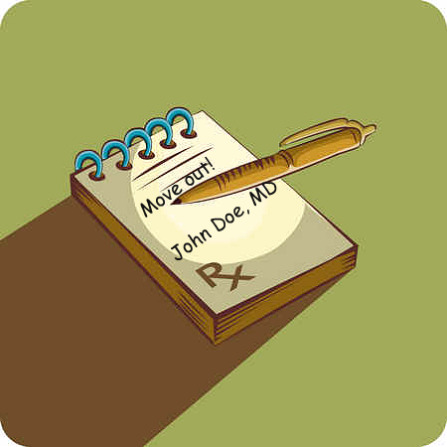 With appreciation to SuperStock.com.  (The original drawing has been altered.)

“Wind farm neighbours say they had to move”

Two Ripley families say they’ve moved out of their homes because of what they say is the negative health effects of living too close to wind turbines.

“We can’t live in our house anymore. We bought a house and moved to Kincardine. My son and daughter-in-law and two-year-old who live on a different farm . . . the wind company is paying for them to stay in Kincardine,” said Glen Wild, one of a half-dozen speakers at a public information session on the dangers of living too close to wind turbines.

“We wanted to do some public education and make people aware of the adverse health effects of wind turbines coming into their community and locating too close to their homes and at noise levels that are too high,” said Lorrie Gillis, one of the organizers of a meeting last Saturday in Maxwell.

Industry spokesperson Sean Whittaker said during an interview from his home in Ottawa that there are 68,000 wind turbines operating around the world and complaints about them are few and far between. He said the industry takes complaints seriously but adds they must be kept in perspective.

Wild says it would be unfair to sell his farm to anyone else, even if he could. He’s waiting for the owners of the wind farm to either fix the problem or buy him out.

“They keep doing tests and keep telling us they are going to fix it. Being small country guys we’ve believed in them since 2007, but we’re getting a little bit discouraged.”

Wild said he suffers from very high blood pressure, sore feet and irritability. His two jack russell terriers began shedding a couple of handfuls of fur every day shortly after the nearby wind farm came on line late in 2007.

Whittaker said there’s no cause and effect relationship between audible sound produced by turbines and adverse health effects.

“The annoyance of the sound can cause you stress. My neighbour has a loud air conditioner and it drives me crazy. That stress can make me sick. But that’s not something that is unique to wind. If someone doesn’t like something you can’t tell them how they feel,” said Whittaker, vice president of policy for the Canadian Wind Energy Association.

“If they are annoyed by it that’s one thing, but it’s different from a health impact or feeling physical harm,” he added.

Wild told about 80 people who attended the meeting in Maxwell he began to feel itchy all over and thought his home had become infested with some kind of bugs and called an exterminator, but they found nothing.

Last December he and his wife moved out of the house while tests were conducted. They returned a month later, but there was no improvement. In fact, he developed more symptoms. He said his doctor told him to leave the house.

“Once we leave the farm we recover quickly,” he said.

Wild said there are a dozen turbines within a mile of his home. There’s also a transformer station about a half mile away and above ground transmission lines 92 feet from the front of his home.

Wild said he doesn’t know exactly what is causing his poor health.

“I can’t tell you. I’m not a scientist. I don’t know what is going on. The only thing we can tell you is that when we’re not there we feel fine and when we’re there we get sick,” he said.

Whittaker said the setbacks currently in place in Ontario are among the most stringent in the world.

“The distances you find between houses and turbines in Ontario are greater than what you’ll find pretty much anywhere around the world. Germany, Holland and Denmark are 200 to 300 metres away from people’s homes. So we have some of the strictest requirements,” he said.

Wild’s daughter-in-law Melissa Cammaert said she found the meeting quite informative, saying she doesn’t know much about wind turbines.

“I just know what’s happening to me personally and to my daughter . . . the windmill company put us in a motel in Kincardine in April and we’ve been there ever since,” said Cammaert, who is now five-and-a-half months pregnant. She said she suffered severe cramping and headaches before moving to Kincardine. She’s been to the hospital about 10 times.

Among the other speakers at Saturday’s meeting were David White, who lives near a wind turbine farm in Amaranth Township north of Shelburne. He shared information about the effects of high- and low-frequency noise levels on human health and stray voltage. He described research from Europe on the long-term effects of living too close to wind turbines, which include sleep deprivation, irritability, mental illness, depression and possibly a link between noise levels and breast cancer.

Whittaker said several studies have been done that fail to make a connection between low frequency sound and illness.

“That has been studied quite a bit and all research to date indicates that turbines do not produce infrasound at levels near enough to have impacts on humans,” he said.

Maxwell-area resident Gerry Van Dyk said the complaints that he’s hearing about the health effects of wind turbines are the same ones that were common when 60 cycle electricity was introduced to households in rural Ontario 40 years ago.

“I am not worried at all. I have stood within 100 yards of windmills. They don’t make that much noise; their decibel ratings by these people are exaggerated . . . they are taken out of context. These people are just worried about their real estate values,” said Van Dyk who has signed a lease for a wind turbine on his property south of Maxwell.


Comments Off on "We can't live in our house anymore." (Ripley, Ontario)