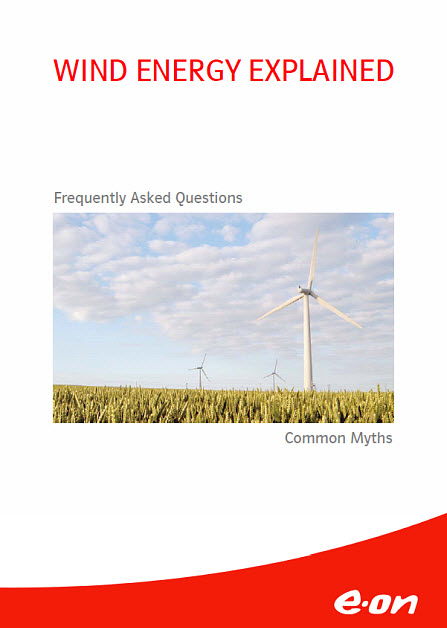 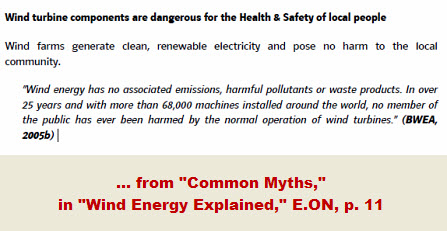 E.ON is a major wind developer in the UK and Europe.  With that as background, consider the following letter sent to WTS.com by a nurse practitioner named Amanda.  (Amanda preferred not to include her surname in public, although WTS.com has her surname and contact information.)—Editor

I empathise with the following [see “We’ve now abandoned our home”]:

“Within three days” of the turbines starting up in June 2006, “we started having noise problems.” So begins the testimony by Mrs. Jane Davis—nurse midwife, child development specialist, and holder of a Masters degree in medical administration.

Jane’s home is 930 meters (0.58 miles, 3000 feet) from the nearest of several turbines. “We get unremitting noise,” she reports. Both audible and, most disturbing of all, low frequency. “What we have all the time is a persistent low frequency hum. It penetrates through the fabric of the house and makes the whole house hum.”

The house continues to hum, though the Davises no longer hear it. They abandoned it to its toxic, Wind Turbine Syndrome-producing noise and vibration—Editor.

I’ve been plagued by a low humming noise in my home, which I couldn’t pinpoint no matter where I went and no matter what I switched off.

I thought it was my refrigerator, boiler, a car in the distance, etc. I thought of everything. I even thought of madness, until my partner heard it, too. Then my mother, and now other people in the community, are beginning to pick up on this.

I hear it especially badly on quiet nights, and it becomes so loud that it seems to rattle my ears. It only really started in the summer [2009] and has never gone away since. 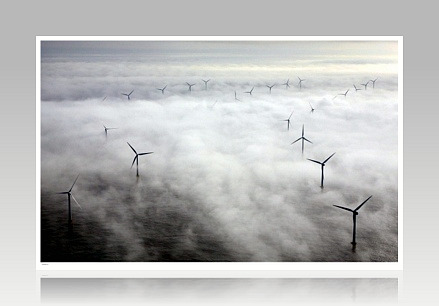 The only thing that’s changed for us?  E.ON has built a huge windfarm in the middle of the Solway Firth (sea)—Robin Rigg windfarm—just off the coast of Cumbria, England. 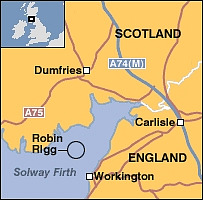 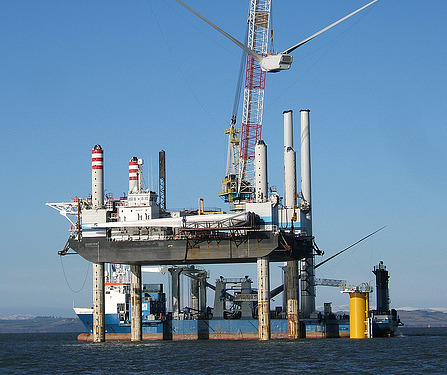 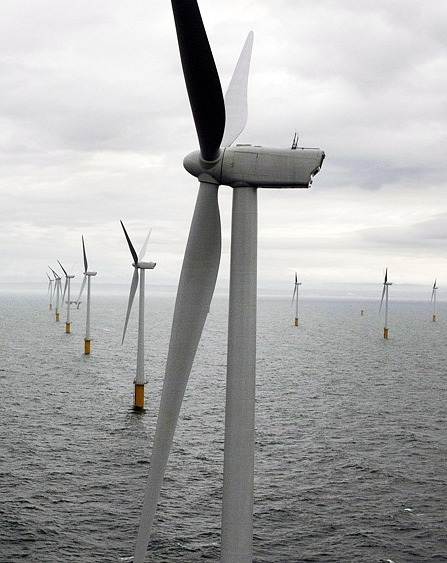 There are also huge turbines inland.  We are surrounded by them.

Help! I really need to sleep, being a nurse practitioner, myself. 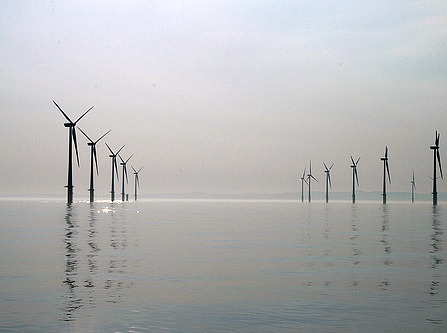 I need a refreshed mind to be able to do my job safely.

Please, let’s get this sorted.

“Wind energy has no associated emissions, harmful pollutants or waste products.  In over 25 years and with more than 68,000 machines installed around the world, no member of the public has ever been harmed by the normal operation of wind turbines.”

Editor’s postscript:  We received this from Shirley Dewick (via Country Guardian) the other day.  (See “I share your concern about the potentially serious effects of wind turbine generated pressure changes at significant distances from the site.”)

Thought you might be interested:  my husband has just returned from a walk on our property here at Bradwell-on-Sea [United Kingdom], and reports that he can clearly hear the Gunfleet Sands turbines working.  There is an onshore breeze, but the nearest turbines are a good 12 miles from us (emphasis added).
·