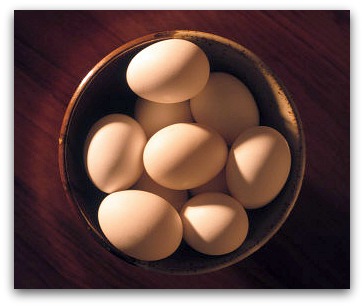 He has written a letter to East County Magazine seeking help from people living near wind farms locally (and in other locations) to document cases of shell-less eggs, dead chickens, or other animals that suffer internal hemmorrhaging.

In fact, shell-less eggs are also known as “wind eggs.” According to Broad Leys Publishing, which specializes in books for poultry owners, a yolk-less wind egg may occur in a young pullet, but “wind eggs can also occur in older hens if they are subject to sudden shock.”

“So far there are several records of dairy cattle in Canada and Australia reducing milk output by as much as 30%,” he wrote.

The Discovery Channel ran a report on massive deaths among bats that suffered lung hemorrhaging when flying near wind turbines.

Goats in Taiwan, verified by the Taiwanese Department of Agriculture, have reportedly died due to stress-induced conditions within 2 km of turbines. “I have had reports of high levels of stillborn lambs and calves (up to 10%) . . . and stillborn horses in Australia and overseas, only after wind farms commenced operations,” he claims.

Wind farms may even be damaging to the family pet, he believes. “A dog was verified by Werribee Veterinary Hospital as dying from multiple organ fibrosis, believed to be stress-induced—and it was also within 2 km of turbines.”

Animals grazing near wind farms have also exhibited fibrosis, or hemorrhaging of major organs, when butchered, he observed. He believes this may explain why some native birds abandon habitat and cease breeding close to wind turbines.

There have also been claims around the world of human health impacts in some communities near wind farms. Dr. Nina Pierpont, a Johns Hopkins University School of Medicine-trained physician and Princeton University PhD, has authored a book titled Wind Turbine Syndrome documenting serious health effects in people living near wind turbines due to low-frequency sound waves. The wind industry has disputed her findings.

He seeks the following data:

1. How close the nearest turbines are to your chickens or slaughtered animals

2. How many turbines are within 5 km

3. Brand and size of the turbines

4. Name of the wind farm

Data may be sent to Hamish.cumming@bigpond.com


Comments Off on Animals, too, suffer from Wind Turbine Syndrome