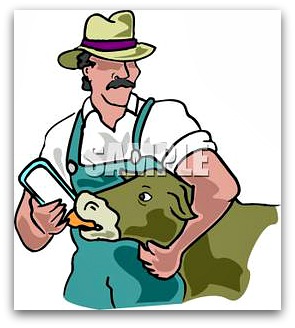 The war between farmers and energy companies has moved into a new phase with the emergence of plans for a massive expansion of wind farms in Queensland.

Some farmers in the South Burnett have already walked away from lucrative payouts from wind farm companies of $140,000 a year because of feared impacts on their health and their business.

While the struggle against coal seam gas, coal mines and underground coal gasification rages in other parts of the state, companies like AGL and Ratch (formerly Transfield) are pushing investment of about $3 billion in wind farm technology and getting support from farmers.

The Energy Users Association this week released a report showing Australia will need to spend about $30 billion on wind farms by 2020 to meet with the Government’s renewable energy targets.

But there is also a backlash based on apparent impacts on the health of those living near similar facilities in South Australia and Victoria, as well as north Queensland.

Colin Walkden lives about 400m from the Windy Hill wind turbine, near Ravenshoe, in north Queensland, and is on medication for depression because of sleep loss allegedly caused by the constant noise from turbines.

“It’s like no other noise you have ever heard,” he said describing it as a strong whooshing sound that persists with a westerly wind. “That’s about 90 per cent of the year.”

South Australian farmer Andy Thomas lives near six turbines at Mt Bryan. In an affidavit in a case against the wind farm, Mr Thomas said the turbine noise was like a jet passing overhead.

“From my home, I can hear five or more turbines at the same time, so it is like having five or more jets overhead at once. At its worst it is like living next to a ball mill of the type used at mines to crush ore,” he said.

AGL is now planning a $1 billion, 115 tower wind farm at Coopers Gap, in the South Burnett, while a second project at Kumbia at the base of the Bunya Mountains for about 50 towers has been stalled by farmer opposition. There is also a $1.5 billion plan for 300 turbines outside Mt Isa and other smaller proposals across the state.

Coopers Gap horse breeder Brian Lyons has rejected advances from AGL, despite a potentially big payout of $12,000 a year for each of the 20 turbines planned on his property.

“It’s quite a good business for some of (the farmers), but I’m only going to live once,” he said.

Despite his rejecting the approach, his neighbours are backing the scheme and it is possible Mr Lyons will still have turbines on his boundary only a short distance from his house.

He said there were at least four wind farm proposals in southern Queensland, with his own community faced with a large new industry that initially they knew very little about.

While the industry maintains the wind farms generate only a small amount of noise, several residents complain it is as loud as a jet engine and that the noise is directional, meaning some residents may not hear it while others will.

“I don’t think a company with noise problems at its last operating wind farm should be treated any different to any other industry in Queensland,” Mr Lyons said.

Local councillor Cheryl Dalton said low-frequency vibration was also an issue. “I don’t understand why consideration hasn’t been given to buying all the affected properties,” she said.

As yet, there is no planning application before the South Burnett Council and there is confusion over whether it or the State Government will be the one who assesses the development.

Kumbia cattle farmer Paul Newman rallied local residents to a community meeting which overwhelmingly rejected a plan by Next Wind for a 53-turbine farm nearby. His compensation offer was worth about $140,000 a year, but he considered the project just as intrusive to his neighbours and the local community as that of a mine or an industrial development.

“Money is not the solution to everything,” he said.

He said that to live in a rural community you had to consider your neighbours and how a future project might hurt them.

AGL did not respond to requests for an interview.