“There is a problem!” Textbook Wind Turbine Syndrome (Australia) 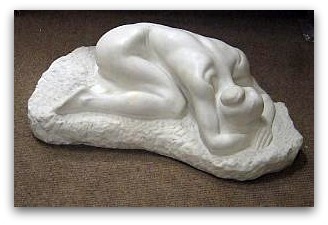 I’d like to thank the (Australian) National Health and Medical Research Council (NHMRC) for organising this scientific forum and for inviting affected people to contribute—to tell their story. This is an important step in furthering our knowledge and understanding of an ongoing problem.

Be in no doubt that I am standing here because there is a problem, not because I am a flat earth, climate change denying, technophobic, anti-windfarm, luddite, NIMBY, and that any one of anger, fear, greed, jealousy, or the holy grail of compensation is a contributing factor to the adverse health we are experiencing. Nor am I an anxious, fearmongering, psychosomatic, hypochondriac. Nor disempowered. Neither is my partner. Nor the people I know in my local community who are experiencing adverse health effects since the Waubra Wind Farm commenced operation. A sweeping statement, I know, but I wanted to get the labelling out of the way.

There are several points regarding the proliferation of these labels:

I just wanted to get that out of the way, so that what you will hear is not framed by preconceptions.

I live in Evansford, with Gunther, my partner. We purposely built our home and studios using sustainable principles and materials, to create an environment we need to fulfil our philosophical bent and to pursue our creative work. We are situated on 6o acres of bushland on a hill on the northern edge of the Waubra Wind Farm, 3.385 kilometres from the nearest cluster of turbines. There are another thirty straddling the valley and hills, to our south, southwest. And the rest of the windfarm beyond that.

We did not object to the Waubra Wind Farm. We thought it would be good for farmers, the local and broader community and the environment. We believed what we had been told.

I have had good health all my life (taken an approach of prevention rather than cure, so have been attentive to diet, exercise etc. I have rarely had need to visit a doctor except more recently for the annual tests. Gunther, likewise, has had good health. He has had the same GP for 25 years, so a well documented record over that time.

The Waubra Windfarm commenced operation roll-out in February 2009 on the southern side and was fully operational by late June 2009.

In May/June 2009 I woke in the night with a rapid heartbeat, shortness of breath, tightness in the chest. I had never experienced that before. It occurred several times over the course of the following month. I did not associate it with the wind turbines at that time. In July I visited my General Practitioner (GP), who noted that my blood pressure was elevated, so I was immediately sent to a cardiologist. Over the next three months all the tests were done—electrocardiogram, halter monitor, exercise stress test, and echo-cardiogram.  Results:  heart is in good health and functioning normally.

Some of the symptoms noted are: sleep disruption, headaches, ear and head pressure, tinnitus, muscular/joint aches, pain; body vibration—tingling, fizzy, prickly feeling—hypertension, cognitive impairment, emotional volatility, depression, amongst others. Myself, my partner and at least thirty people that I can confirm, and quite a few that I have heard of, are experiencing similar health issues, commencing around the same time in mid-2009. They live up to over 4 kilometres from the turbines. Not everyone has exactly the same set of symptoms, nor are they experienced with the same intensity.

Mostly, people did not initially associate their health issues with the turbines. It was only through conversations that we began to realise that something odd was going on—so many people experiencing similar health issues, starting around the same time. We heard about the Deans moving out of their home, began looking on the Internet, and found that there were people all over the world living near windfarms experiencing similar problems. We were introduced to the Deans (and here) and the Godfreys who were very badly affected. We began to keep a health journal, in an effort to see what was happening, check on whether this was what was really happening. We initially jotted down health issues and then documented wind direction, weather conditions and most lately have been noting blood pressure.

I don’t experience all of the symptoms, nor all of the time. It depends on the conjunction of turbines operating, weather conditions and wind direction. Most people have noted that the symptoms do not occur when they are away from the area or when the turbines are not operating, but return when they are in the windfarm area and the turbines are operating. Again, people have noted that the symptoms now, in comparison to when they first started, do not diminish as rapidly, and on return, the onset is quicker and intensity has increased (emphasis added).

Many people locally have noted the effect on their cognitive function.  Some say they feel as if their mind is foggy, vague.  Others that their memory has deteriorated. Certainly I feel as if concentration and focus, my ability to find a word, form a sentence, communicate clearly, my ability to plan, execute and multitask has seriously diminished (emphasis added).

Words, communication and my ability to organise and be organised are the tools of my trade. As a freelance cultural worker I have mostly managed multiple projects simultaneously for over twenty five years. Now there are days that I would be lucky and very happy if I could achieve any one of those tasks. I have had to change the way I work, like many people locally. I have to allow much more time to ensure that I meet a deadline, because I cannot reliably predict when I will be able to work efficiently and effectively.

I continue to experience rapid heartbeat, waking me from sleep, or it occurs at my desk or while gardening. It can last for varying amounts of time. Until recently, the symptoms had not occurred when I was away from the wind farm. However in just the last two months I have had the same experience in the city, both times when I was in very close proximity to air conditioning ducting in a shopping centre and a motor room opposite the room I was staying in a hotel—a very low industrial hum that triggered vibration, accelerated heart rate, tightness in the chest.

Over the two years I have noted, I have become more sensitive to noise.  I have difficulty in distinguishing words in conversations when more than one conversation is occurring. Sinusitis and a cough recur frequently, now, and I seem more prone to colds and viruses in general. Most days I feel exhausted, and all that means for your sense of well-being and simple enjoyment of life.

It’s unusual, the manner of presentation of symptoms with regard to the timing of new hypertension, sleep disturbance, muscle pain, aches, cognitive dysfunction, for two individuals. Both individuals noticed reduction in these symptoms when away from windfarm area. These symptoms returned when back in the area.

“If synonymous with other’s experience, it is worth further investigation.”

We know that our experience is synonymous with others, locally, in Australia and across the world. The effects on some people are so severe it has driven them out of their homes. No one abandons their home without good reason. The Deans, Godfreys, Stepnells have moved out because of the huge impact on their health and their lives. It continues to be an emotional, physical and financial burden. Other people should not have to experience what we have.

All we know is that there are serious health problems associated with wind farms and there needs to be a range of independent studies conducted. That is what we have been, and continue to ask for—thorough, independent research.