“The complexity of measuring wind turbine noise: What 99 percent do not to understand” 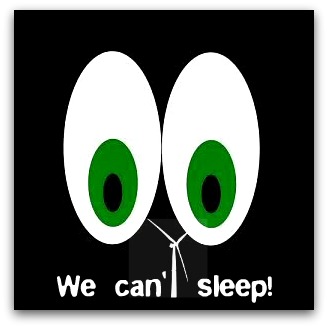 —Reprinted from the website, Fox Islands Wind Neighbors:  The truth about living near Vinalhaven wind turbines

One of the arguments of wind turbine advocates on Vinalhaven, Maine, is that noise is all around us. Just get used to it, they tell the turbine neighbors. The entire community was swept up, at first, by the public relations mantra that “the sound of the turbines would be masked by the wind moving through the trees.”

Controversy ensued as soon as the turbines were switched on in 2009. From that time, a protracted legal battle to measure wind turbine noise violations has engaged neighbors and the local utility that refuses to share its data, forcing neighbors to a costly effort to document turbine noise according to state regulations that they discovered, belatedly, were never designed to accommodate the complexity of wind turbine noise. As a result, neighbors of wind turbines are made victims not just of bad economics, benefiting investors, bad community relations, but also of the State that turns a blind eye to unwilling sacrifices by neighbors.

While critics shrug off these issues, neighbors also victimized by the complexity of acoustics related to wind turbines.

Most technical standards for wind turbine noise misplace an egregious fact: the formula averaging decibels levels (called the A weighted scale) was designed to avoid what wind turbine lobbyists knew to be its Achilles heel: low frequency noise that is barely perceptible to the human ear.

Unless you live with wind turbine noise, it is difficult to appreciate the cost that these industrial machines impose on a rural landscape: it is not just the grinding noise of the turbines or the blade swoosh that plagues neighbors. The worst of it is the low frequencies that are not even captured by current wind turbine standards.

The wind industry knows this and fiercely resists a full cost accounting.