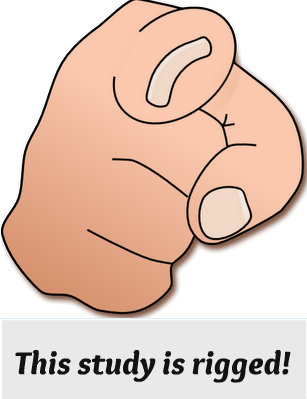 Dr. Robert McMurtry, a prominent member of the Canadian health establishment, joins the victims of industrial wind turbines (IWT’s) in their call for Health Canada to turn over their future wind turbine noise study to the Canadian Institutes of Health Research (CIHR). While the study is being conducted, they demand an immediate moratorium on all pending and proposed IWT projects.

The victims are represented by the North American Platform Against Wind Power (NA-PAW), and the European Platform Against Windfarms (EPAW), which re-group over 600 associations of victims from 26 countries. These federations, and Dr. McMurtry, are dissatisfied with the way the study is to be conducted. Health Canada (HC) being an arm of the Canadian government, they say it offers no guarantee as to impartiality, which is the crucial point in this matter.

Arm’s length studies could be assured with involvement from CIHR, according to Dr. McMurtry.  “Research into adverse health effects is a good idea, but is being addressed by the wrong agency, which is a regulatory branch of Health Canada. A better approach is to assign the task to the Canadian Institutes of Health Research, which reports to Minister Aglukkaq and is more capable of establishing causation, prevalence, and answering other important questions.”

Recently obtained Health Canada Scientific Advisory Board documents reveal that HC has already agreed to not let the results be “causative,” and not become a tally of how many people have been affected. These are the first signs that the study is already being used as a political stratagem, says Sherri Lange, of NA-PAW.  “The study, if conducted by Health Canada, may not provide the clarity and truth that is being demanded by Canadians.”

The victims are also concerned that the best specialists on the matter may not be consulted as they are not listed in the initial list of 25 experts to assist with this study. They also feel that, now that the authorities have finally admitted there could be a health problem, the scientific and clinical “pre-cautionary principle” must be applied and a moratorium must be called immediately.

Dr. McMurtry concurs.  “The admission by Health Minister Aglukkaq that there are substantial gaps in our knowledge reveals the absence of evidence-based guidelines. There is thus the need for a moratorium on further IWT [Industrial Wind Turbine] development until the requisite evidence of safe placement of wind turbines is available.”

“Several families and physicians have reported wind turbine associated heart attacks and even suicides,” notes Ms. Lange.  “When a family has lost home enjoyment and restful sleep, with no chance of recovering them, we have a recipe for despair. We cannot afford to wait another two years and a thousand more turbines till the study is done. The devastation of lives must stop immediately.”

We can’t look to Europe for a solution to the health problem, says Mark Duchamp of EPAW. “Denmark recently conducted a study on the matter, but it was done by a consultant whose main client is the wind industry. As a result, it wasn’t truthful, and monstrous 3 MW turbines continue to be installed too close to homes and workplaces at great risk to public health. Tricks were used in the measurements of low-frequency noise and infrasound, as denounced by Professor Henrik Moeller, a renowned acoustician from the University of Aarlborg.1 Under the circumstances, the world is looking at Canada for, at last, an unbiased study. That must be the work of CIHR.”

The federations demand the participation of the following specialists in the study: