Editor’s note:  The following letter was sent by William K.G. Palmer, P. Eng. (Professional Engineer), to the Premier of the Province of Ontario, Canada.  It is self-explanatory. 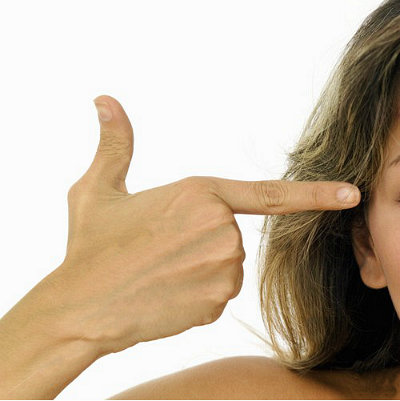 .
“Declaration of Emergency in Municipality of Kincardine, Ontario (Canada)”

I write to you to request your immediate attention to declare an emergency in the Municipality of Kincardine consistent with the “Criteria in Consideration of a Declaration of Emergency” issued as a checklist for municipal heads of council under the Emergency Management Act (copy attached). An emergency is defined as “a situation, or an impending situation caused by … an intentional act … that constitutes a danger of major proportion to life or property.”

Yesterday I participated in a meeting between elected officials of the Municipality of Kincardine (MofK), staff of the Ministry of Environment (MofE), staff of the Enbridge Ontario Wind Project (Enbridge), and members of the Central Bruce Grey Wind Concerns (CBGWC), including a number of residents identifying personal adverse health effects identified since the start up of wind turbines near their homes. I have personally been involved as a Professional Engineer, raising concerns related to this wind project since the original project Environmental Screening Report was issued on April 19th, 2006, with communications to Enbridge, the Mof E, and the MofK since spring 2006. It was very clear last evening that in spite of over 6 years of identification of concerns, the issues have not been addressed, have no immediate prospects of being addressed, and the criteria for Declaration of Emergency have clearly been met, requiring immediate action. This situation arose from an intentional act, the siting of industrial wind turbines too near to the homes of citizens, an act carried out by Enbridge, approved by the Municipality of Kincardine, with the approval reinforced by the Ontario Municipal Board after appeals by citizens, and encouraged by the Province of Ontario.

This letter briefly summarizes how the criteria for declaration of an emergency are met, and why urgent action is required to be taken to address the situation.
.

II. Does the situation pose a danger of major proportions to life or property? Over 20 families have identified adverse health effects. Sworn testimony of a Professional Engineer with training and experience in public risk assessment before the legislative assembly Select Committee hearings into the Green Energy and Green Economy Act, to the Environmental Registry related to regulations from the Renewable Energy Approvals and before an Environmental Review Tribunal has stated that individuals living at approved sites, traveling on pubic roadways, and working on their own property face public safety risk from wind turbine accidents orders of magnitude greater than accepted by other energy generation systems. Incidence of cardiac arrest of citizens living with wind turbines near their homes has shown increases above the norm, noting for example only known incidents from public records, but there may well be more:

a. A gentleman in his 50’s who stood at a public meeting to declare he was suffering no adverse health effects from wind turbines near his home suffered a cardiac arrest and died within one week of his declaration.

b. A young lady in her 30’s who had the nearest wind turbine 463 metres from her home suffered a sudden cardiac arrest and died.

c. A gentlemen in his 60’s who lived with a wind turbine near his home suffered a sudden cardiac arrest while driving and died.

III. Is the situation a threat to the provision of essential services (e.g. energy, potable water …) Presentations by professionals with experience in the electricity supply sector (including previous experience with the IESO, Ontario Hydro, and Ontario Power Generation) have identified how the proliferation of wind turbines to the target penetration identified by the Ontario Power Authority threatens the stability of the electricity generating sector in Ontario. Water wells in the surroundings of the Enbridge array have suffered adverse changes since the driving of piles associated with the erection of wind turbines. Work related to the wind turbine erection created unsealed breaches in the integrity of the separation of deep ground water resources from surface contamination.

IV. Does the situation threaten social order …? One needs look no further than the pages of the local area daily newspaper, the Owen Sound Sun Times to read of calls for social disobedience, or to read of allegations of individuals being threatened with firearms over wind turbines to realize that social order is significantly adversely impacted. The community has been severely and adversely impacted by the divisiveness caused by the wind turbine erections. Public demonstrations are a regular occurrence. Social order has been severely impacted.

V. Is the event attracting significant media and or public interest? A simple “google” search for ALL the words “Owen Sound Sun Times wind turbine” returns 188,000 finds … The Sun Times described wind turbines as THE number one news story in the last year.

VI. Has there been a declaration of emergency by another level of government? Sadly, no government has responded to the urgent nature of this issue, although the Government of Canada has initiated a health effects study, and both the local Huron Bruce Member of Parliament (Ben Lobb) and the Member of Provincial Parliament (Lisa Thompson) have publicly identified their concerns related to wind turbines.
.

I. Might legal action be taken against municipal employees or councilors related to their action during the current crisis? One only has to look at the example of the lawsuit raised against the Ontario Ministry of Labor, the City of Elliot Lake, Eastwood Mall president Robert Nazarian, Eastwood Mall, Inc., and engineering firm M.R. Wright and Associates related to the Algo Mall collapse in Elliott Lake, to realize that if legal action is raised due to the inaction to address identified concerns related to the Enbridge wind power development in the Municipality of Kincardine, the suit would name the Ministry of the Environment, the Municipality of Kincardine, potentially individual members of council, the President and Managers of the Enbridge Ontario wind project, the Grey Bruce Medical Officer of Health, and the Chief Medical Officer of Ontario, all of whom have been apprised in formal submissions from citizens without taking actions to resolve the concerns.

II. Are volunteers assisting? Numerous volunteers are trying to assist the impacted citizens. These volunteers care about their neighbours.
.

I. Does the situation require a response that exceeds, or threatens to exceed the capabilities of the municipality? Over 20 families have identified adverse health impacts. Documentation in the Environmental Noise Assessment submitted by Enbridge in support of the Certificate of Approval issued by the Ministry of the Environment shows that 53 homes are located at distances of under 550 metres from wind turbines – the current setback called for by regulation. 14 homes met the criteria identified at the time of the approval only because the assessment was conducted in the Environmental Noise Assessment in a manner that was not consistent with the regulations in place then, by reducing the contribution of some wind turbines, a proposal suggested by MoE staff, as stated in sworn testimony by the President of the firm which conducted the assessment. Citizens in some of these homes and others, are those who have identified adverse health impacts. Although the citizens individually and the citizens group associated with the citizens have formally requested Enbridge to provide a “safe house” so individuals may escape from the environment of their homes, or to buy their property so they can get on with their lives, Enbridge confirmed at the meeting yesterday that they decline to take this action, based on review with senior officers. If the Municipality of Kincardine which approved the wind power development (in fact at even smaller setbacks) took action to buy out the citizens at fair market value, or even to provide safe houses for those identifying adverse health effects, it would far exceed the financial capabilities of the municipality.

II. Does the situation create sufficient strain on the municipal response capability that areas within the municipality may be impacted by a lack of services?The strain caused by continually attempting to deal with concerns from citizens has already adversely impacted the capability of the municipality as municipal councillors spend an disproportionate amount of time dealing with this issue, leaving other issues unserviced. If many of the over 300 homes within the wind turbine power development petition the Municipal Property Assessment Commission (MPAC) to reduce their property tax assessment because of the impact of wind turbines which are adversely affecting their enjoyment of their property or the salability of their property, the impact on the residual tax base of the rest of the municipality will require a significant increase in taxes just to maintain existing services. Potentially a huge strain on capability is forecast.

III. Is it a consideration that the municipal response may be of such duration that additional personnel and resources may be required to maintain the continuity of operation? At the meeting yesterday, members of council were unaware of the details and impact of the complaint resolution procedure issued by Enbridge as a condition of the Ontario Municipal Board. Requirements that the Municipality might need to enforce the complaint resolution procedure, such as acoustic monitoring, are not resourced.

.
Mr. Premier, I write to you to urge urgent action consistent with the criteria identified here to declare an emergency in the Municipality of Kincardine. Both at the meeting yesterday evening, and at the previous meeting in June, citizens identified extreme distress, and identified threats to their life posed by the placement of wind turbines, even though concerns have been formally identified through all the appropriate channels.

This is indeed an urgent matter, impacting life and death. Your compassion, and responsible action is called for, urgently.