“The Wind Industry’s License to Kill” 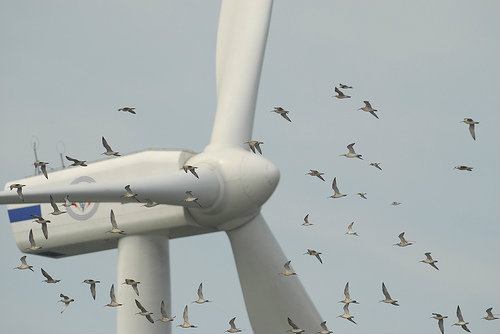 In 2009, the U.S. Fish and Wildlife Service estimated that the domestic wind turbines are killing about 440,000 birds per year. Since then, the wind industry has been riding a rapid growth spurt.

But that growth has slowed dramatically due to a tsunami of cheap natural gas and hefty taxpayer subsidies. Even worse: that cheap gas looks like it will last for many years and Congress has been unwilling to extend the 2.2 cents per kilowatt-hour subsidy for wind operators that expires at the end of this year.

And now, the wind industry is facing yet another massive headache: increasing resistance from environmental groups who are concerned about the effect that unrestrained construction of wind turbines is having on birds and bats. Ninety environmental groups, led by the American Bird Conservancy, have signed onto the “bird-smart wind petition” which has been submitted to the Fish and Wildlife Service.

It’s about time. Over the past two decades, the federal government has prosecuted hundreds of cases against oil and gas producers and electricity producers for violating some of America’s oldest wildlife-protection laws: the Migratory Bird Treaty Act and Eagle Protection Act. But the Obama administration — like the Bush administration before it — has never prosecuted the wind industry despite myriad examples of widespread, unpermitted bird kills by turbines. A violation of either law can result in a fine of $250,000 and/or imprisonment for two years.

But amidst all the hoopla about “clean energy” the wind industry is being allowed to continue its illegal slaughter of some of America’s most precious wildlife. Even more perverse: taxpayers — thanks to billions of dollars given to the wind industry through the production tax credit and federal stimulus package — are subsidizing that slaughter.

Last June, Louis Sahagun, a reporter with the Los Angeles Times, reported that about 70 golden eagles per year are being killed by the wind turbines at Altamont Pass, located about 20 miles east of Oakland. A 2008 study funded by the Alameda County Community Development Agency estimated that about 2,400 raptors, including burrowing owls, American kestrels, and red-tailed hawks — as well as about 7,500 other birds, nearly all of which are protected under the Migratory Bird Treat Act — are being killed every year by the turbines at Altamont.

A pernicious double standard is at work here and it riles Eric Glitzenstein, a Washington, D.C.-based lawyer who wrote the petition to the Fish and Wildlife Service for the American Bird Conservancy. He told me, “It’s absolutely clear that there’s been a mandate from the top” echelons of the federal government not to prosecute the wind industry for violating wildlife laws.

Glitzenstein comes to this issue from the Left. Before forming his own law firm, he worked for Public Citizen, an organization created by Ralph Nader. But when it comes to wind energy, “Many environmental groups have been claiming that too few people are paying attention to the science of climate change, but some of those same groups are ignoring the science that shows wind energy’s negative impacts on bird and bat populations.”

That willful ignorance may be ending. The Center for Biological Diversity, Sierra Club, and Defenders of Wildlife recently filed a lawsuit against officials in Kern County, California, in an effort to block the construction of two proposed wind projects — North Sky River and Jawbone — due to concerns about their impact on local bird populations. The groups oppose the projects because of their proximity to the deadly Pine Tree facility, which the Fish and Wildlife Service believes is killing 1,595 birds, or about 12 birds per megawatt of installed capacity, per year.

The only time a public entity has pressured the wind industry for killing birds occurred in 2010, when California brokered a $2.5 million settlement with NextEra Energy Resources for bird kills at Altamont. The lawyer on that case: former attorney general and current Gov. Jerry Brown, who’s now pushing the Golden State to get 33 percent of its electricity from renewables by 2020.

Despite the toll that wind turbines are taking on wildlife, the wind industry wants to keep its get-out-of-jail-free card. Last May, the Fish and Wildlife Service proposed new guidelines for wind turbine installations. The American Wind Energy Association has responded by calling the proposed rules “unworkable” and “extremely problematic.”

Given that many billions of dollars are at stake, it’s not surprising that the wind industry is eager to downplay its effect on wildlife. And while much of the focus has been on birds, bats are getting whacked, too. Last July, the Pittsburgh Post-Gazette reported that the 420 wind turbines that have been erected in Pennsylvania “killed more than 10,000 bats last year…That’s an average of 25 bats per turbine per year, and the Nature Conservancy predicts that as many as 2,900 turbines will be set up across the state by 2030.” A coalition of environmental groups have mobilized to fight the proposed Shaffer Mountain wind project in Pennsylvania because of its possible effect on the endangered Indiana bat.

Last November, that coalition – which includes Allegheny Plateau Audubon Society, the Allegheny Front Hawk Watch, Sensible Wind Solutions, the Mountain Laurel Chapter of Trout Unlimited — sent a 60-day notice of intent to sue the Fish and Wildlife Service for issuing an opinion that may allow the Shaffer Mountain project to go forward. The letter cited Michael Gannon, a bat expert and professor of biology at Penn State University, who said that “there is an unprecedented risk to Indiana bats at the Shaffer Mountain project site.” He continued, saying the project could “jeopardize the species’ survival and recovery efforts.”

The backlash against the wind industry that’s now coming from the Left, has clearly put the Obama administration in a tight spot. President Obama has repeatedly said he favors renewable energy. But now, even the Sierra Club is saying that mandatory rules are needed for proper wind turbine siting.

In closing, a little historical perspective. Back in the late 1980s and early 1990s, I wrote extensively about the issue of bird kills in open oil pits. At that time, the Fish and Wildlife Service estimated that about 100,000 ducks and 500,000 other migratory birds per year were being killed by the pits, which were trapping and poisoning the birds. The problem was widespread and the agency’s division of law enforcement launched a multi-year, multi-state investigation and enforcement effort. And rightly so. The oil companies were violating the law. They were killing birds without a permit. To get into compliance they had to either put nets over their pits or get rid of them. The Fish and Wildlife Service, working with the Department of Justice, brought charges against the companies under both the Migratory Bird Treaty Act and Eagle Protection Act.

But today, more than two decades later, the Fish and Wildlife Service is turning a blind eye to bird kills by the wind industry, even though that industry is killing nearly the same number of birds per year as the oil and gas sector was back in the 1980s.

Wildlife protection is essential. But the broader – and more important — issue at hand is equitable treatment under the law. Do we have one law for everyone in America? Or are certain politically favored classes exempt from enforcement? That’s the question that needs to be addressed. And unless or until the Obama administration actually prosecutes the wind industry for bird kills, the answer will be obvious. 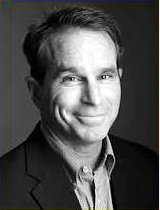 Robert Bryce is the author of Power Hungry: The Myths of “Green” Energy and the Real Fuels of the Future.