“Wind industry big lies, No. 2: Your property values will not be affected…” 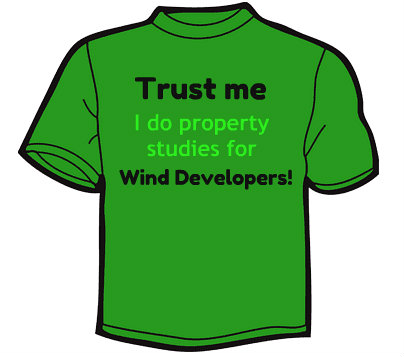 Editor’s note:  We would like to dedicate the article, below, to Derek (“I tell the truth”) Maitland—an Australian journalist who seems impervious to evidence. 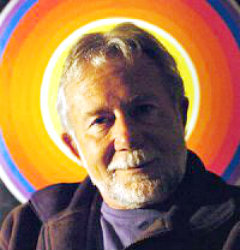 And there’s no direct evidence that they affect house prices, in fact the Royal Institute of Chartered Surveyors says they don’t.”

I suppose how far it qualifies as a lie depends on how you construe that weasel phrase “direct evidence.” Evidence of one kind or another there certainly is aplenty. Here, for example, is a sad letter I received from a gentleman in Northamptonshire. (I’ve redacted some details because he doesn’t want his case jeopardised.)

The Farmer that owns the land adjacent to my property decided about four years ago to host a wind-farm. Despite  the support of the local planning officer, the District Council turned down the application unanimously, with one abstention. The Parish Council had also voted against it. Inevitably, the developer launched an Appeal, which was heard last October/November by The Planning Inspectorate. The Planning Inspector, of course, supported the developer and granted his consent to the application.

This is, as you will well know, the usual pattern. Around 85% of appeal hearings are granted consent by PINS. The turbines are very near (within 500 metres of) six dwellings, two of which are owned by the farmer and his son. My home is one of those within the 500 metre range.

Following the Inspector’s decision, I contacted a local firm of Estate Agents to obtain a valuation of my house before the development took place, plus a surveyor’s estimate of what the value would be once the wind-farm was built. The difference between the two estimates was £100,000 (about 25% of their estimated value of the property).

Armed with this information, I embarked on a correspondence with both The Planning Inspectorate (PINS) and The Department of Energy and Climate Change (DECC). The purpose of my correspondence was to enquire to whom I should apply for compensation for this loss in value to my home. This was a somewhat  acrimonious correspondence, in the course of which DECC claimed that a report issued by the Institute of Chartered Surveyors in 2007 clearly stated that there was no evidence of any devaluation in the value of properties adjoining wind-farms.

There’s not an estate agent dealing with rural properties anywhere in the land that isn’t aware of the issue. “The majority of homebuyers don’t want to live anywhere near a wind farm—it’s as simple as that,” one tells me. And if they don’t broadcast the fact too loudly, he says, it’s for two reasons: first they want to get the highest possible price for their sellers; second because often these same rural agents represent landowners who are making money out of wind farms and they don’t want to upset their clients.

Then of course there was this recent report by the Valuation Office Agency:

The decisions by the Valuation Office Agency (VOA) to move certain houses close to wind farms into lower council tax bands are the first official recognition that the turbines can lower the value of nearby homes.

Although property experts have long acknowledged the harmful effect of wind farms on property prices, the association has until now been dismissed by the wind industry as conjecture.

In one recent case a couple saw the value of their home 650 yards from the Fullabrook wind farm near Braunton, Devon, fall from £400,000 to £300,000 according to a local agent’s estimate.

The couple, who were not attempting to sell their house, told the VOA that the persistent whooshing noise caused by the turbines and the visual intrusion—including a flickering shadow when the sun is directly behind the blades—made their property less valuable.

The VOA accepted their argument and agreed to move the property from council tax band F to band E, amounting to a saving of about £400 a year, the Sunday Times reported.

But this was hardly news to anyone in touch with reality. The blighting effect of wind farms on property prices has been known in Britain since at least 2008 thanks the well-publicised Jane Davis case.

In a landmark case, Jane Davis was told she will get a discount on her council tax because her £170,000 home had been rendered worthless by a turbine 1,000 yards away.

The ruling is effectively an official admission that wind farms, which are accused of spoiling countryside views and producing a deafening roar, have a negative effect on house prices.

In some countries—Denmark, for example—this blighting effect is officially acknowledged, with victims receiving compensation for loss of value caused to their properties by adjacent wind farms.

You might have hoped that this glaringly obvious, frankly indisputable fact would have been acknowledged by the Royal Institution of Chartered Surveyors (RICS), the body which represents and regulates British estate agents. Instead, in 2007, the RICS commissioned the report which has been cited by both RenewableUK and the Department of Energy and Climate Change as “evidence” that wind farms do not damage property prices.

In fact the report says no such thing. But then it probably wasn’t designed that way. What it is, in fact, is a cowardly and disingenuous exercise in fence-sitting. It was commissioned from two researchers at Oxford Brookes University (that’ll be Oxford Poly in old money), one of them an expert in “sustainable development.” About half the short study is mysteriously dedicated to explaining why wind energy is popular and necessary (“the activities of man are responsible for the changes in climate that we are seeing” runs one, pull-out quote). When finally it gets round to trying to answer the question it was set, the report is inconclusive. Yes, there is evidence that the “threat” of a wind farm may have a “significant” impact on property prices. But perhaps, it suggests—though without any evidence—the opposite may also sometimes be true “if the community are actively involved in the process and enjoy some of the benefits through lower, greener, fuel costs.”

However, buried in this slippery and evasive report—in my view a disgrace to the integrity of the RICS—was one killer detail which makes an absolute nonsense of RenewableUK’s claim at the beginning of this post.

Does that sound to you like “no direct evidence” that wind farms “affect property prices”? Thought not.

When I rang the RICS to point out how Maf Smith was representing their 2007 report, a spokesman said: “Well he’s talking nonsense.” However, when I asked whether they were then going to complain about his mispresentation of their position, they said that this was an issue for RenewableUK not for the RICS.

Well can I understand why the RICS might be uncomfortable with this issue. Though not as culpable as RenewableUK on this score their official position on the effect of wind farms on property values is at best misleading, at worst outright dishonest. Wind farms DO deleteriously affect property prices. Full stop. It’s a grotesque cop-out to say, as they do on their website, that “There is no definitive answer to this question.” It’s a lawyerly evasion worth of “Slick Willy” Clinton—not a fair representation of the facts on the ground.

What’s even more despicable, though, is the way that RICS’s jelly-like non-position on this vital issue has been cynically and ruthlessly exploited by the wind lobby. We’ve seen above, how RenewableUK have twisted that cop-out RICS report. Here’s how it has been similarly exploited by the Department of Energy and Climate Change, which claims on its website:

There can be concerns from homeowners that the value of their property might be affected by the presence of a wind farm. A report published in March 2007 by the Royal Institute of Chartered Surveyors and Oxford Brookes University found that house price fluctuations were more likely to be caused by factors other than wind farms despite initial evidence there was an effect. More information is available on a Royal Institute of Chartered Surveyors: Frequently Asked Questions.

This the real scandal of the wind farm scam: the way apparently respectable, official bodies are effectively colluding to hide the true facts from a trusting public. In Britain, by tradition, we are used to taking the various branches of the Establishment at their word. If something called the Royal Institution of Chartered Surveyors tells us that wind farms do not necessarily affect property prices then we may well believe them; if a government department like DECC doctors this claim on its official website, then we’re probably mainly inclined to trust them too; if a trade body like RenewableUK twists that claim by a further degree well, God help us, we’re probably inclined to take them at their word too—because, hey, isn’t there some kind of law requiring these people to tell the truth?