Editor’s note:  The following was written to David Michaud, PhD, Principal Investigator and Project Manager for Canada’s federal inquiry into Wind Turbine Syndrome (WTS).  (Except, no one in Canada seems to call it Wind Turbine Syndrome.  Go figure.)  Barbara Ashbee and her husband are among the numerous Canadians who were forced to leave their home owing to WTS.  They got lucky; they managed to persuade the wind company to buy them out—complete, of course, with a gag clause (non-disclosure agreement) forbidding them to discuss the terms of sale or, I believe, reveal that the reason for the purchase was WTS.  Except, Barb has seemingly broken that gag agreement—and God bless her for doing so!  (I love courageous people!)

“The numbers became shocking and the harm irrefutable” 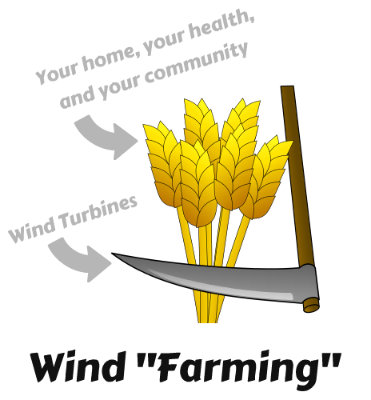 In 2009, my husband and I had our lives turned upside down due to a wind project that started up around our home.  We begged for help from every level of government and public agency, and not one would assist us.

We suffered severe sleep deprivation (from audible and inaudible turbine noise), among other things, and eventually had to hire legal help to get out to save our health.

During and since this time, I attended ministry-sponsored workshops, presented before and submitted comments to the standing committee and the EBR registry on the Green Energy Act, attended meetings at government level, submitted information to provincial and federal health officials, to the senate, to the Premier to the Prime Minister, and so on.  We followed every formal complaint protocol and sent numerous messages, personally and via email, through our Member of Parliament and Member of Provincial Parliament.

You can multiply the above comments by the actions of other families in this province who have done the same. The federal government had the power to intervene and did not.

During our time through this and after we moved, with limited knowledge I researched and inquired as much as I could, trying to understand why so many people were being affected and why no one was helping them. Though a senior provincial ministry employee was claiming my husband and I were the only “complaint” in our project—and we hear the repetitive public message from provincial leaders that there were few if any problems in Ontario—we soon found out that not only had there been already hundreds of complaints, but many homes had been purchased [by the wind developers] and there were families in Huron County who, unable to live in their homes, were being housed in a motel by wind developer, Suncor–Acciona.

It did not take long for other families to come forward and get connected, including those in Clear Creek and Kincardine, Goderich, and so on. The numbers became shocking and the harm irrefutable.

It wasn’t just a case of an odd “unlucky receptor,” as we were called. We also learned of the proliferation of confidentiality agreements, gag clauses, non-disclosures—call them what you will—that are rampant in this industry, from the initial signing of an option to lease, to the final abandonment of a home.

How can people speak when they are under legal constraints not to?

How will you ever be able to grasp the scope of harm when people have been silenced?

How will you know what families have left their homes because of the turbine project, who simply gave up because they received no help?

Since at least 2006, families of 1st generation wind projects have been pleading for help. Many, as I say, have had to leave their homes.

How is it that Health Canada is only just now, in the summer of 2012, investigating what has been happening to citizens across the country for at least 6 years?

If I am reading correctly, you are going to decide to whom you talk in order not to create a situation of bias.  Let’s consider bias for a moment.

You have been in the background for 6 years while multiple families reported serious degradation of their home environment and adverse health issues after the wind projects started operating. Some of them have had to permanently leave their home, some without any compensation whatsoever.

You, as the federal level of government, repeatedly deferred issues back to the province as it was their policy, all the while knowing they were not assisting families or mitigating complaints.

Your panel has 2 NRCan (Natural Resources Canada) representatives on it.

NRCan is a federal government body which, I discovered, has granted at least $250 million in repayable and non-repayable loans to prominent wind corporations, lobbyists and other proponents of wind, some of whom have actually used this money to buy-out aforementioned homes.

How can all of this not be a case for bias?

In fact, one NRCan employee made an anonymous derogatory comment in a public online site about my home’s property value. This was a home we loved and had invested much of our personal finances into.

Please let me know when the property comes up for sale. Since everyone claims that property values will decrease, I will expect a bargain basement price!”

How can this not be a case for bias?

How can this possibly be a sincere and genuine effort when you continue to let wind projects operate, knowing there are families who are suffering ill health and families who have had to abandon their homes?

How can you continue without imposing a moratorium on new projects until the investigation is done?

You have ignored information, overwhelming evidence and offers of help from the most peer-reviewed and published independent researcher in Canada. Why was Carmen Krogh not included on your panel?

Would you agree overall that the health of Canadian citizens holds lower rank than the financial interests of prominent corporations, or is this simply a bias for the wind energy industry?

Would you agree that policy triumphs over the health and welfare of Canadian families, or is this simply a bias toward the wind energy industry?

Public trust in all levels of government has been severely eroded.  We require and we deserve an independent review.  A formal inquiry is necessary so everyone can be heard, not just those whom you choose to hear.

To retain any sense of integrity, ethics and duty to “do no harm,” you must impose a moratorium and mitigate the existing problems, first.  How can you not?  Canadians deserve to live in a healthy environment in their own homes. That fundamental right has been taken away and has been pulverized. 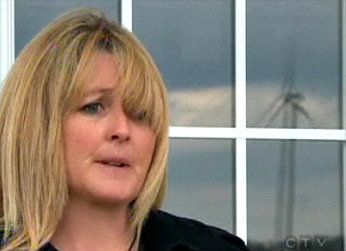