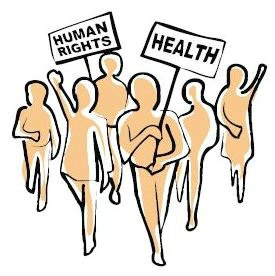 “Falmouth residents:  ‘Take the turbines down!'”

Nearly one hundred Falmouth residents attended a Board of Selectmen meeting last night to peacefully protest and speak out against the ongoing operation of three identical industrial wind turbines in the Falmouth Industrial Park, pleading with selectmen t [sic]

The public was invited to provide comments at Wednesday night’s meeting in Town Hall related to various options that will be presented to voters at town meeting this spring.

Prior to the meeting, dozens of residents held a candle light vigil and prayed that the selectmen would not only hear their voices, but also take immediate action to stop what they described as a nuisance and danger to their health.

Nearly 50 residents voiced their opinion during the public comment session, with almost every comment opposing the future operation of the turbines.

Eric Sockol’s home at 819 Falmouth Highway is just 1,000 feet from Wind 2, a town-owned industrial wind turbine. Sockol passionately urged selectmen to remove the turbines immediately. He said Falmouth has an obligation to protect the health of its citizens, despite any economic consequences that may come from tearing down the turbines.

“Understand there are some issues that are more important than simply economics,” Sockol said.

Richard Bowen’s home also neighbors one of the town-owned turbines. Bowen said that the town had somehow made a great error by installing the turbines and feels town officials are not willing to own up to the mistake. Bowen also urged selectmen to take the turbines down.

“Do the right thing, please, for our sake,” Bowen said.

“I request that you join your fellow residents and neighbors and decide to remove the wind turbines and replace them with people friendly photovoltaic arrays,” Ford said.

Judy Fenwick does not live near the turbines, but she was a member of the working group that was organized by the town to develop options for dealing with the wind turbines. Fenwick told selectmen that after much deliberation she believes that the health of Falmouth residents should be placed above any financial repercussions of removing the turbines.

“I ask that you don’t be counter dependent and that you ask the state for help before you ask the Falmouth taxpayers,” Fenwick urged.

Residents who were unable to make Wednesday night’s meeting can still submit a statement to the Selectmen’s Office by 4:30 p.m. Monday January 28th. Statements can also be emailed to townmanager@falmouthma.org by the deadline.