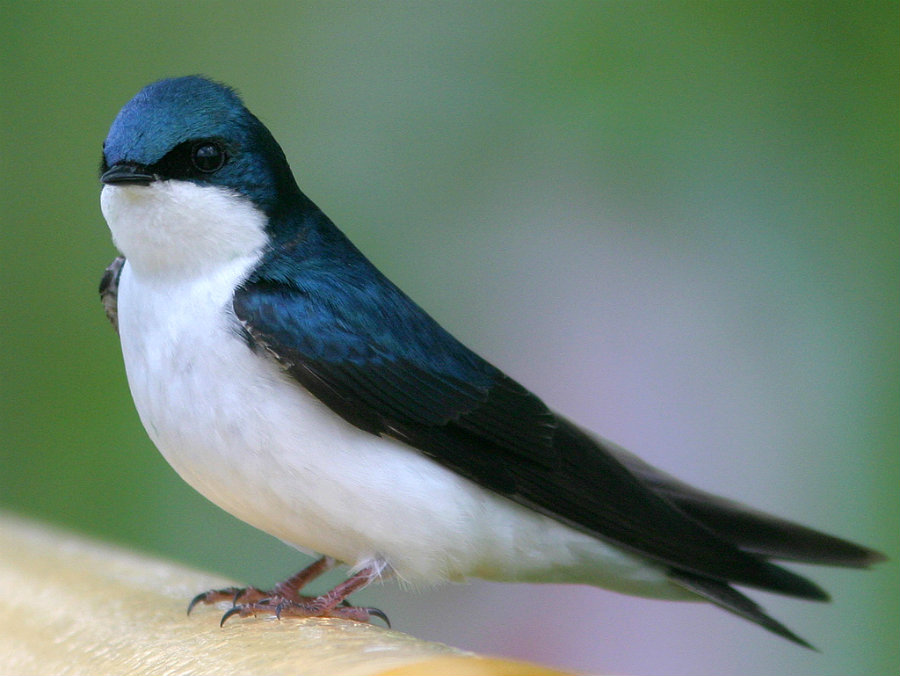 These pictures are emblematic of what happens when birds and turbines share the same environment. They were taken by one of the folks in Fairhaven soon after the turbines went up. There can be no doubt regarding its authenticity because the chain link fence and black bolts are somewhat distinctive due the special construction technique used to anchor the turbines into the granite shelf here. 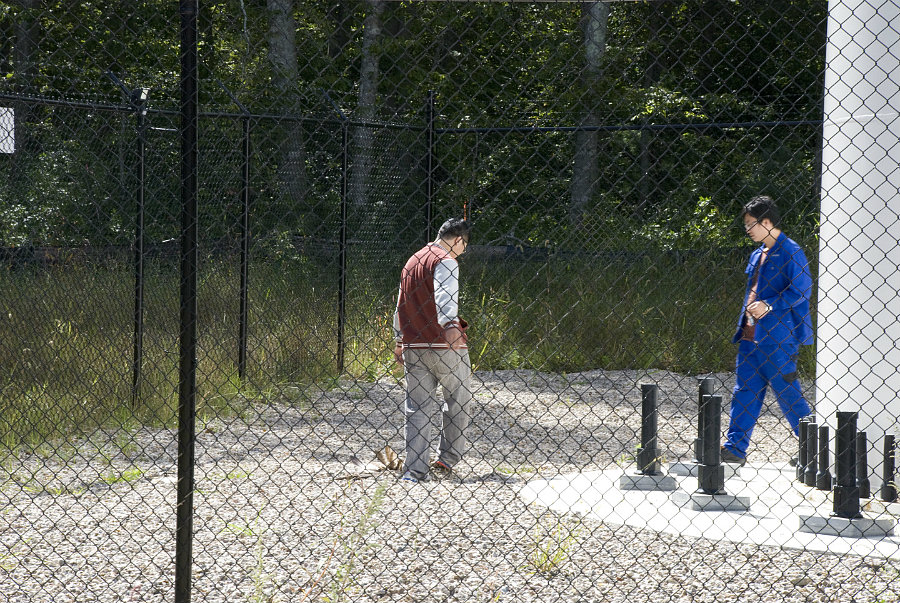 One depicts one of the Chinese engineers from Sinovel (a Chinese manufacturer), kicking dirt over the broken body of a hawk killed by the turbine blade to hide it from view. Turbines of this size may look slow and graceful from a distance, but the actually rotate at a tip speeds approaching 200 mph.

Once the turbines went up, what we observed was a pattern that has resulted in a fairly routine massacre of birds around the marsh. First, the turbine nacelle collects heat throughout the day. Then, as the air cools in the evening, the lingering warmth attracts various swarming insects such as mosquitos. The mosquitos attract bats and smaller predators like swallows and such. They are massacred in batches.

This pattern was so prevalent that someone from the wind developer was sent in the morning to walk the grounds beneath the turbines looking for corpses. Sometimes, the harvest would fill a hefty bag. This was done to hide the carnage because the developer has assured the town that turbines don’t pose a danger to birds. I presume many more were flung into the dense undergrowth, undetected or obliterated by direct hits from the blades. 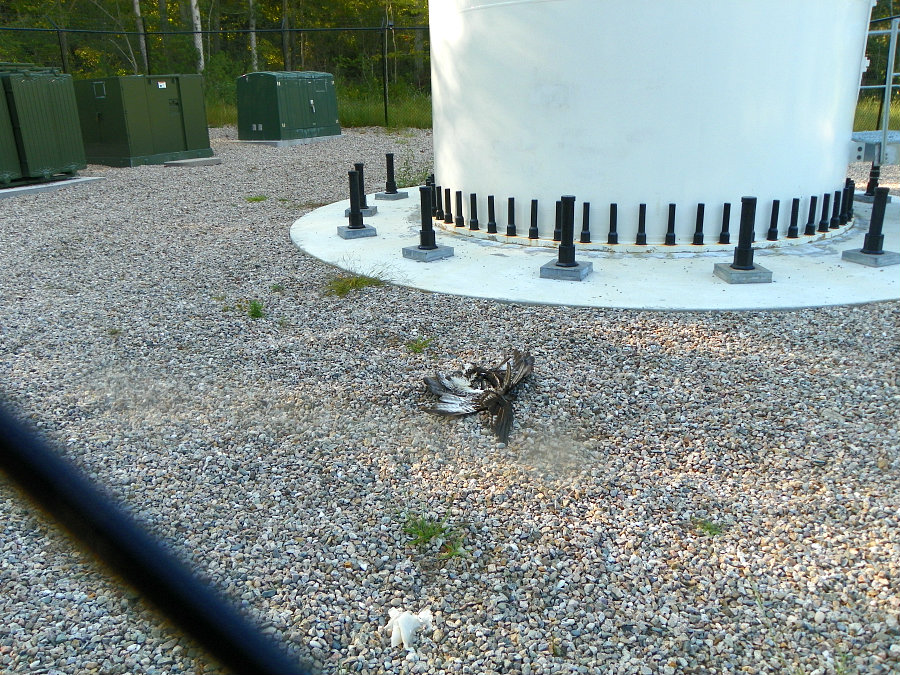 Finally, as bats and smaller birds preyed on the mosquitos, they also attracted larger predators like hawks. You can see this final result for yourself. Gradually, of course, the pace of carnage slowed. I presume this is due to the depletion of the species that once inhabited the marshes there. The population of mosquitos appears to remain prolific, however. 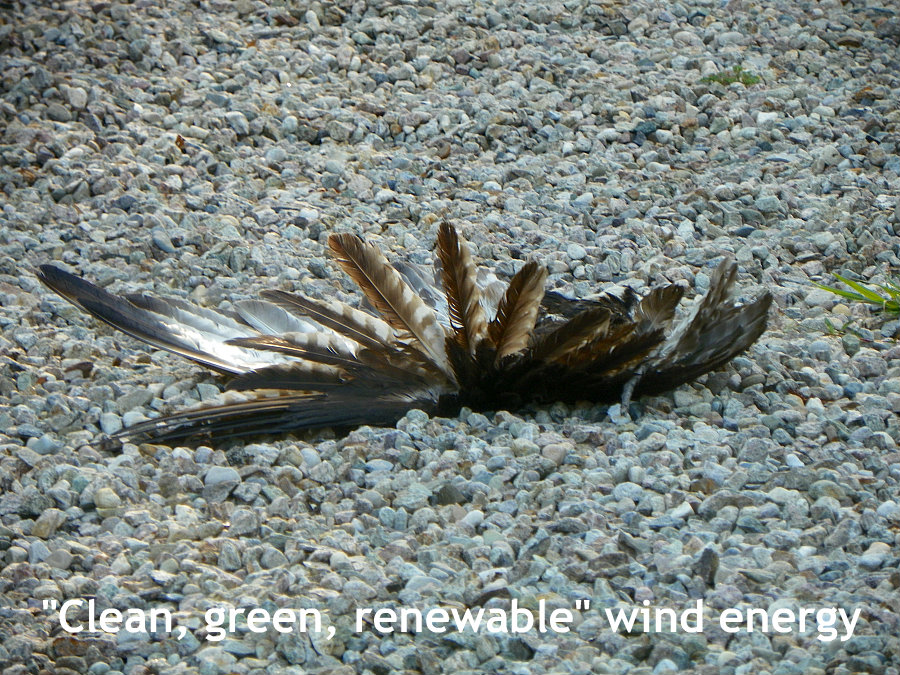