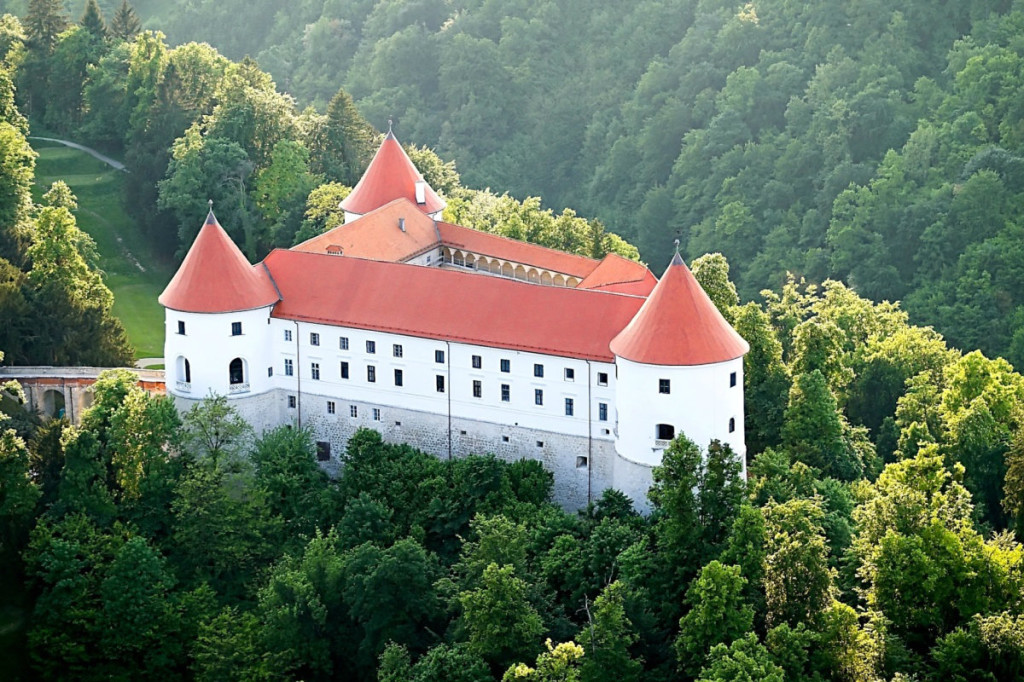 .
I write to you at the request of Katarina Dea Zetko, who tells me the community of Senožeče is about to be surrounded by scores of industrial wind turbines. Evidently, 40 to 80 of them, as close as 800 m to people’s homes.

In 2009 I published what was then the definitive study of health effects caused by wind turbine  infrasound on people living within 2 km of industrial turbines. The book, titled “Wind Turbine Syndrome: A Report on a Natural Experiment” (K-Selected Books), included 60 pages of raw data in the form of case histories (using case cross-over studies), demonstrating that living in proximity to wind turbines dys-regulates the inner ear vestibular organs controlling balance, position and spatial awareness. Effectively, sufferers experience the symptoms of seasickness, along with several related pathologies.

It turns out all this has been well known since the 1980s, when the US Department of Energy commissioned a report on wind turbine health effects — the report subsequently published by  physicist Dr. N D Kelley and his colleagues at the Solar Research Institute in Golden, Colorado, under the title, “A Methodology for Assessment of Wind Turbine Noise Generation,”  Transactions of the American Society of Mechanical Engineers, v. 104  (May 1982), pp. 112-120.

In this paper we have presented evidence to support the hypothesis that one of the major causal agents responsible for the annoyance of nearby residents by wind turbine noise is the excitation of highly resonant structural and air volume modes by the coherent, low-frequency sound radiated by large wind turbines. Further, there is evidence that the strong resonances found in the acoustic pressure field within rooms [in people’s homes] . . . indicates a coupling of sub-audible energy to human body resonances at 5, 12, and 17-25 Hz, resulting in a sensation of whole-body vibration” (p. 120).

Five years later, Dr. Kelley read a follow-up paper at the Windpower ’87 Conference & Exposition in San Francisco, titled “A Proposed Metric for Assessing the Potential of Community Annoyance from Wind Turbine Low-Frequency Noise Emissions.”  “Emissions” means “noise & vibration.”  And the “low frequency” includes infrasound.  And the sterile phrase “community annoyance” is code for Wind Turbine Syndrome — except the name had not been coined in1987.  (I coined it decades later.)   Kelley’s research had been once again funded by the US Department of Energy, Contract No. DE-AC02-83CH10093.

We electronically simulated three interior environments resulting from low-frequency acoustical loads  radiated from both individual turbines and groups of upwind and downwind turbines.…

Experience with wind turbines has shown that it is possible . . . for low-frequency acoustic noise radiated from the turbine rotor to interact with residential structures of nearby communities and annoy the occupants.…

Our experience with the low-frequency noise emissions from a single, 2 MW MOD-1  wind turbine demonstrated that . . . it was possible to cause annoyance within homes in the surrounding community with relatively low levels of LF-range [low frequency range]  acoustic noise. An extensive investigation of the MOD-1 situation revealed that this annoyance was the result of a coupling of the turbine’s impulsive low-frequency acoustic energy into the structures of some of the surrounding homes. This often created an annoyance environment that was frequently confined to within the home itself  (p. 1, emphasis in original).

Besides my research, which pretty much duplicates Kelley’s, there is the work of Dr. Alec Salt, Professor of Otolaryngology in the School of Medicine at Washington University (St. Louis, Missouri), where he is director of the Cochlear Fluids Research Laboratory.  Professor Salt is a highly respected neuro-physiologist, specializing in inner ear disorders and in particular the mysteries of the cochlea.

Prof. Salt’s research dovetails with mine and with Dr. Kelley’s.  For many years, acousticians and noise engineers have vigorously maintained that “if you can’t hear it, it can’t hurt you.” In other words, in the case of wind turbines, “If you can’t hear the low-frequency noise in the infrasound range, it can’t hurt you.” (Infrasound, by definition, is noise below the hearing threshold, typically pegged at 20 Hz and lower. People feel infrasound in various parts of the body, though typically they cannot hear it.) In any case, Professor Salt and his colleagues have demonstrated conclusively, definitively, that infrasound does in fact disturb the very fine hair cells of the cochlea.

With this discovery, one of the main arguments advanced by the wind energy industry  — namely, that wind turbine infrasound was too low to be harmful to people, since they could not hear it – was completely shattered. Prof. Salt has proven that, “If you can’t hear it, it can still  harm you.”

This past winter, Professor Salt and his colleague, Professor Lichtenhan, published “How Does Wind Turbine Noise Affect People?” Acoustics Today, v. 10 (Winter 2014), pp. 20-28.  The following is a lengthy excerpt:

From the moment that the turbines began working I experienced vertigo-like symptoms on an ongoing basis. In many respects, what I am experiencing now is actually worse than the ‘dizziness’ I have previously experienced, as the associated nausea is much more intense. For me the pulsating, humming, noise that the turbines emit is the predominant sound that I hear and that really seems to affect me.

While the Chief Scientist [the person who came to take sound measurements in her house] undertaking the measurement informed me that he was aware of the low frequency hum the turbines produced (he lives close to a wind farm himself and had recorded the humming noise levels indoors in his own home) he advised that I could tune this noise out and that any adverse symptoms I was experiencing were simply psychosomatic. . . .

I think you are beginning to get a clear picture of the problem — and why I am writing to you.

The typical symptoms of what is now known worldwide as Wind Turbine Syndrome are the following: sleep disturbance, headache, tinnitus (ringing or buzzing in the ears), ear pressure, dizziness (a general term that includes vertigo, light-headedness, sensation of almost fainting, etc.), nausea, visual blurring, tachycardia (rapid heart rate), irritability, problems with concentration and memory,  and panic episodes associated with sensations of internal pulsation or quivering which arise when awake or asleep.

Does everybody living near wind turbines experience Wind Turbine Syndrome? By no means! What I found is that people with (a) motion sensitivity, (b) migraine disorder, (c) the elderly (50 years and older), (d) inner ear damage, and (e) autistic children and adults —  all these are at statistically significant high risk.

The solution is simple: industrial wind turbines must be set back, well away from people’s homes, schools, places of work, and anywhere else people regularly congregate. In my 2009 report, I came up with a setback of 2 km, minimum, in level terrain. Studies done around the world since then have convinced me that 2 km is not sufficient, especially in hilly or mountainous terrain. In this case, setbacks should be more on the order of 5 km or greater.

Hence, my alarm when notified by Katarina Dea Zetko that your community is considering 800 m setbacks. This is wholly inadequate. I can guarantee that, unless the setbacks are increased dramatically, there will be numerous victims of Wind Turbine Syndrome.

A final word.  The clinical literature, including publications by the World Health Organization on health effects from infrasound exposure, typically use the word that Dr. Kelley used in his reports to the US Department of Energy — “annoyance.” It’s really not an appropriate word. It vastly understates the sickness caused by infrasound exposure. (A mosquito bite is an annoyance. Wind turbine infrasound, on the other hand, triggers a debilitating constellation of illnesses whose features I have enumerated, above.)

In medicine, clinicians are morally bound to exercise what’s called the “precautionary principle.” Basically, if we don’t know for certain that a procedure is harmless, we are obliged to exercise extreme caution in performing the procedure, in this instance, building industrial wind turbines — which are well-known to produce impulsive (i.e., amplitude-modulated) infrasound — in the vicinity of people’s homes.  This is, after all, common sense.

For decades, the wind industry denied that their turbines produced any infrasound. It took herculean efforts by people like me to debunk this fallacy. Wind industry proponents likewise argued that only downwind turbines created noise, that is, low-frequency noise. Dr. Kelley and his research team effectively debunked that fallacy, in the articles referred to above. Finally, the wind industry clung to the fiction that, “If you can’t hear it, it can’t hurt you.” Professor Salt deflated that one.

It’s time to recognize that the global wind industry has hidden behind a series of (what turned out to be) untruths. Their untruths have been exposed and corrected in the published clinical and scientific literature, as shown above.

There is now no excuse for building wind turbines in proximity to people’s homes.


Comments Off on Nina Pierpont to Slovenia: “Beware of Wind Turbine Syndrome!”