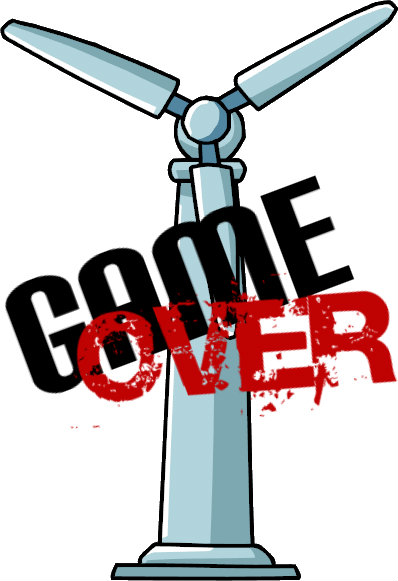 The Danish physician, Dr. Mauri Johansson, has pointed out in these pages that averages don’t exist in the real world.  At best, they occur rarely.  (Click here, scroll down to the Comments.)  Events don’t impinge on us as “averages.”  (Could this be what Mark Twain had in mind when he exclaimed, “There are three kinds of lies: lies, damned lies, and statistics”?)

Dr. Johansson’s observation calls attention to the difficulty of measuring ILFN and its impact on the human body.  Averages are actually quantitative abstractions used by the mind for corralling large amounts of data into convenient abbreviations. In the world of computer software, it’s sometimes said that averages are “lossy” because once you discard the raw data and save only the averages, the loss of data is irretrievable.  You can never recover the highs, lows, and trend details.

When the Massachusetts Dept. of Environmental Protection (MA-DEP) sound technician, Laurel Carlson, addressed the Fairhaven (Mass.) Board of Health to explain the procedure she intended to follow for measuring audible wind turbine noise, I raised my hand:  “If I stand nearby during testing and loudly bang a  large bass drum once a minute or so, would that alter the test results?”  “No,” she said, “it would be averaged out.” To which I responded, “But it will in fact keep everyone in the neighborhood awake, correct?”  (She didn’t get it.)

Our capacity to capture, preserve, and analyse large amounts of data in the raw is changing dramatically.  Our ability to do this today exceeds our previous capabilities by many orders of magnitude using Big Data computing models.  This means there is now far less need to sample slowly or throw raw data away.

Averages are one of many challenges for analysing and understanding low frequency noise and how it affects us.  I think, for example, of the paper presented by Dr. Mariana Alves-Pereira about measuring dose responses to infrasound and low frequency noise (ILFN).  Unlike radiation poisoning, we have no “dosimeter” for measuring aggregate ILFN exposure.  Yet, much like radiation, we know that the effects of infrasound and low frequency noise accumulate over time.   Even if we carefully record the amount of sound being produced at a given location for a given period of time, and even if we sample at a rate of 10,000/sec and collect all the raw data, we are still in the dark about individual dose responses.

At the moment, we have no way to “follow” an individual person as he (she) wanders through his daily routine while quantifying how much ILFN exposure has accrued over weeks, months, or years. The newest gadgets, such as the ASGARD Mikrobar-20 microbarometric infrasound meter, while important for accurately measuring infrasound, are still far too sensitive to changing ambient conditions to attach to a person while mobile, even if we were to miniaturize the apparatus.

Another hurdle for measuring the impact of ILFN involves the inherent complexities of accurately measuring sound impact by frequency and amplitude.  Just as averages do not occur in the real world, pure tones (with no harmonics or inter-mixture of other sound frequencies) are extremely rare.  Industrial Wind Turbine (IWT) noise is no exception.  In practical terms this means that if someone develops a migraine during exposure, it’s very difficult to tell which frequency or combination of frequencies may have caused it.

Moreover, if you examine the way that most sound studies that have been conducted — even the credible ones — acoustic researchers most often measure and record sound in the time domain rather than the frequency domain.  This approach can result in greatly underestimating the true amplitude of sound.  I was amazed when I first read Dr. Malcolm Swinbanks’s paper on this topic.  If I may summarize briefly, Swinbanks shows that when you measure ILFN in the frequency domain (instead of time domain), the amplitude of a specific frequency combines coherently with its harmonics at higher frequencies.  This increases the intensity (amplitude) of sound impact on the body by about 30% — much greater intensity than previously believed.

In short, it is not only the whole-body impact that we must take into account; it is the whole-sound impact, as well.  Notice, for example, the 0 – 2 Hz frequency which is believed to be especially dangerous.  It would tend to have several harmonics in the 0 – 200 Hz range, suggesting that these very lowest frequencies may strike the body with much greater biomechanical force than previously thought.  Swinbanks shows that in some cases, infrasound can actually be amplified to the point where it actually becomes audible to the human ear — though painfully so — suggesting different causal forces on the body, and perhaps very different symptoms and health effects.

We shouldn’t ignore these challenges.  At the same time, we must not let perfection be the enemy of progress.  (“Things should be made as simple as possible, but not simpler,” cautioned Einstein.)

Many of the pioneers in X-rays quickly discovered the dangers of radiation.  Even though there were no known devices or techniques for accurately measuring dose response to X-rays, Roentgen, Tesla, Edison, and Curé warned about risks of exposure. Tesla is credited with (sensibly) recognizing that limiting exposure time and increasing distance from the source were protective.

We are in the same predicament today regarding the hazards of ILFN exposure.  We know that limiting exposure time and increasing distance from the source (in this instance, IWT’s) helps shield us from the most harmful cumulative effects.  Let us act on this — on what we know — and exercise the precautionary principle while awaiting more sophisticated means of quantifying the potential harm.