Wind turbines f**k up domesticated geese. No one is surprised (Poland) 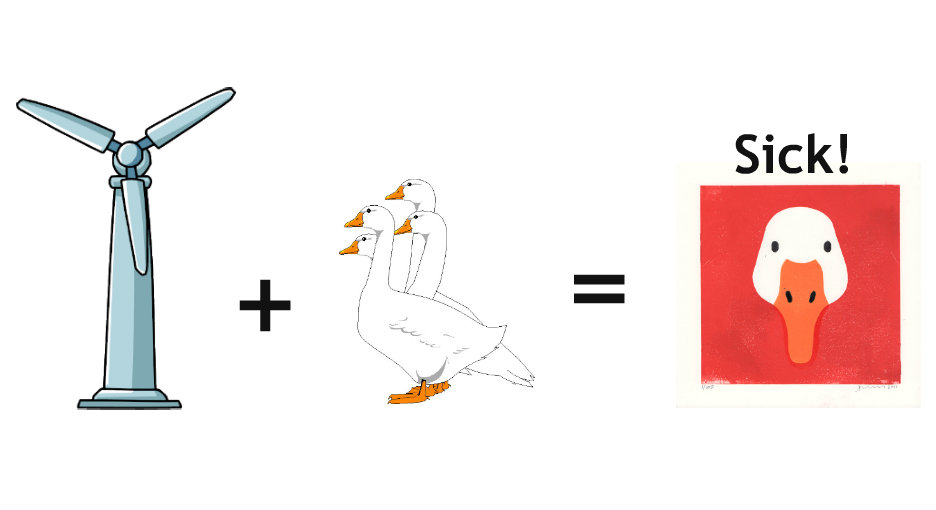 Editor’s note:  A Polish study published in an academic journal demonstrates that barnyard geese are fucked up by wind turbine infrasound.  (No, I don’t apologize for my language.  It’s time to get even more blunt with the morons who support this bullshit known as wind turbines.)  We offer this article for those of you suffering from Wind Turbine Syndrome; it’s not intended for the morons who pretend there are no health effects.  These people are ideological dead-enders — hopeless.

Those of you suffering from WTS:  Your symptoms are real.  Keep up the fight.  Keep up the pressure.  Wind energy is finally crumbling under the weight of its own illogic and the now deafening roar of WTS sufferers — globally.

Wind farms produce electricity without causing air pollution and environmental degradation. Unfortunately, wind turbines are a source of infrasound, which may cause a number of physiological effects, such as an increase in cortisol and catecholamine secretion. The impact of infrasound noise, emitted by wind turbines, on the health of geese and other farm animals has not previously been evaluated. Therefore, the aim of this study was to determine the effect of noise, generated by wind turbines, on the stress parameters (cortisol) and the weight gain of geese kept in surrounding areas. The study consisted of 40 individuals of 5- week- old domestic geese Anser anser f domestica, divided into 2 equal groups. The first experimental gaggle (I) remained within 50 m from turbine and the second one (II) within 500 m. During the 12 weeks of the study, noise measurements were also taken. Weight gain and the concentration of cortisol in blood were assessed and significant differences in both cases were found. Geese from gaggle I gained less weight and had a higher concentration of cortisol in blood, compared to individuals from gaggle II. Lower activity and some disturbing changes in behavior of animals from group I were noted. Results of the study suggest a negative effect of the immediate vicinity of a wind turbine on the stress parameters of geese and their productivity.

Comments Off on Wind turbines f**k up domesticated geese. No one is surprised (Poland)