If you watch no other video on this site, watch this one.  Watch the entire film.  It was shot by a resident of Manvers, Ontario, on 9/30/10, at a public meeting where the wind developer was expected to explain to the community its plans to industrialize their township.  (Section 2 of Ontario’s “Green Energy Act” requires wind developers to consult with the community before industrializing it.  Was this belligerent, ham-handed spectacle the developer’s effort at “community consultation”?)

This bullying is happening more and more often in Ontario.  As you watch the video, notice the exchange between the hired goons (one of them being a woman) and a bearded man, who admonishes them, “Don’t f–k with me!”  That man, being menaced by these people, is a town councilor!

Notice the still images, below the video.

Now watch “Enraged in Ontario!” to see and hear what went on at this farce, once it got fully underway. 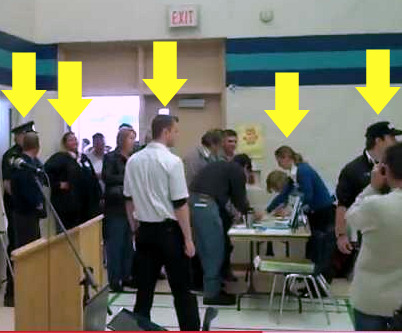 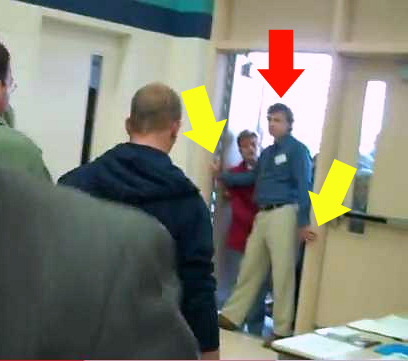 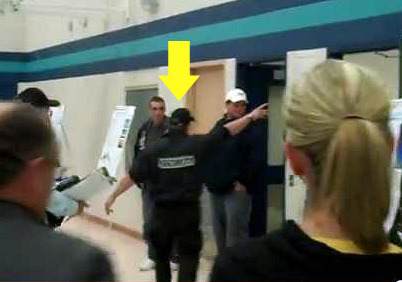 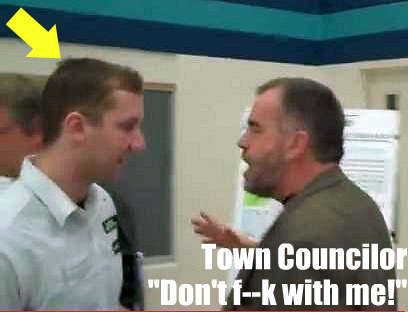 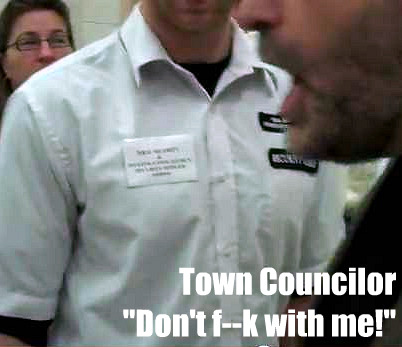