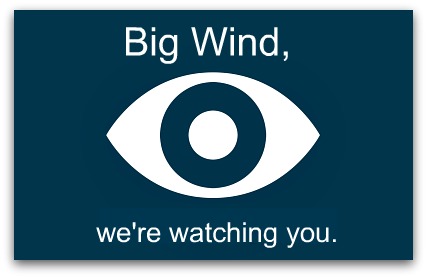 A court challenge in South Australia could disrupt plans to develop wind farms across the country after AGL Energy conceded tests at its wind farm in the state’s northeast detected a tonal noise above government-set limits.

The legal challenge by South Australian farmer Bill Quinn centres on an argument that the turbines in AGL Energy’s Hallett Wind Farm emit excessive noise that results in the sleep deprivation of residents living within 3.5km.

“It’s the noise of the things and how close they are to houses,” Mr Quinn said yesterday.

“The sound flows like water from the blades of the turbines, and it’s so bad up around Mount Bryan that many people have been forced to move away.”

The Victorian government last month honoured an election promise to place strict controls on how close wind farm developments could be built in proximity to houses and regional towns.

In NSW, the O’Farrell government is reviewing restrictions on wind farm developments that could put similar controls in place.

After losing his court case in the state’s environment court in November last year, Mr Quinn yesterday began his appeal to the Supreme Court to overturn the Goyder Council’s approval for AGL Energy to develop Hallett Wind Farm, a project comprised of five wind farms and more than 200 turbines.

In a statement to the Supreme Court, Mr Quinn’s counsel, Brian Hayes QC, said noise testing conducted since the initial trial had resulted in AGL shutting down eight of its turbines and showed neither AGL’s existing wind farm nor the proposed wind farm were “capable of satisfying the Environmental Protection Authority’s wind turbine noise limit of 40 decibels”.

The manufacturer of the turbines, Suzlon, continues to expand its operations in Australia. In August, it announced plans to build a further 180 turbines on South Australia’s Yorke Peninsula.