Editor’s note:  The “Occupy Wall Street” movement has something to offer communities being stalked by Wall Street-financed wind developers.  Protest!  WTS.com urges people in towns like Fairhaven (Mass.) to occupy the sites being brutalized by the Big Wind bullies.  We applaud the efforts at “occupation” by people protesting the Lowell, Vermont, wind project.

Take a page from a pissed off Eskimo elder, Esther Green, who occupied the Yukon River while fishing it.  (Or was it the Kuskokwim, below the Yukon?)  Esther, like many Eskimos, is deeply vexed and wounded by the exploitation of her homeland—the place of the animal beings and human beings known as the Yup’ik, “Raven’s People.”  (I wrote a book about living with Yup’ik Eskimos, published with Yale University Press, “The Way of the Human Being.”  Nina & I lived on the tundra for two years, when Nina was a doc up by the Bering Sea.)

Read the story of Esther’s one-woman Occupy Alaska movement, below.  For more on this, click here. 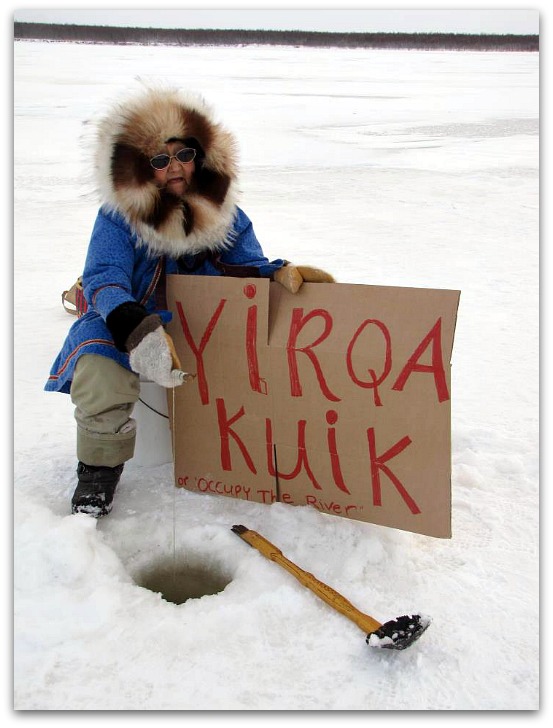 Yup’ik Elder Esther Green and I went out on the river at her request. She instructed me to post this photo of her ‘Occupying the River.’ She also would like to include the sloughs, streams, brooks, and ocean. She wanted to be a part of the Occupy movement in her own way, while ice fishing for ‘lush fish.’ She does not want Pebble Mine or Donlin Creek mine ‘bothering the fish’ (in her words) and is worried about the impact those mines will have on the fish. She specifically told me to post it so ‘The Occupy Wall Street people can see it.’

Update 11/14/11: Tonight I called Esther to read her the comments. There are another large number of comments at the FaceBook page, so I read her those, too.

Mulling all of this over she said, ‘You know, I saw all of this on the news and then your picture went everywhere.  I remembered “find your spot, occupy it.”  And I thought about how I occupy all of Alaska—but that was too big, too general. I wanted to narrow it down, and I thought of the river. That’s it!  I found my spot. Water!  On the other side of the world there is water.  Everything is connected with water.  When are we going out again?’ 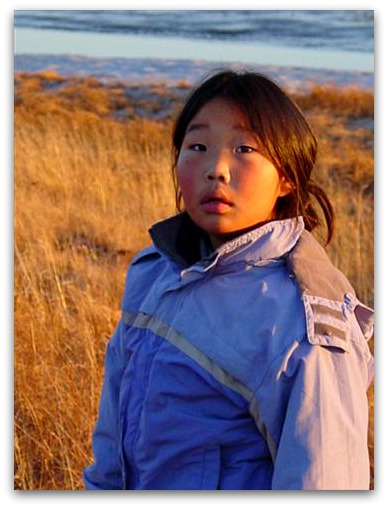