Editor’s note:  The following document was submitted by Dr. Helen Parker to the State of Mass. Dept. of Environmental Protection and the Department of Public Health.
· 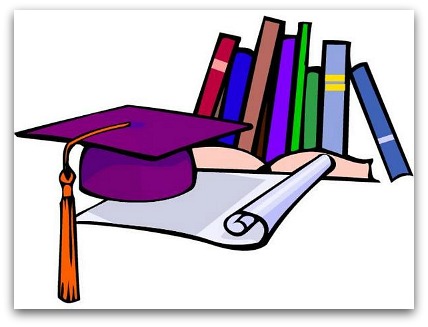 ·
Can you put yourself in the backyards of folks living in Brewster, Massachusetts, listening to the platitudes passing for policy while the threat of the turbines looms larger by the day?

Consider that it is indisputable (but roundly ignored) that turbines produce infrasound. Seismologists in Italy have recently measured airborne infrasound emanating from nearby turbines as well as ground-borne vibration up to 6.8 miles away. I’m not implying that the health impacts extend 6.8 miles from the turbines. How far they need to be placed from human activity to obviate their impact is a critical question and is known to vary with many factors.

Around the world, however, minimum 1.25 mile setbacks from residences are being codified after the health impacts have been all-too-amply made clear.

Consider that infrasound has been used as high-tech crowd control by the Israeli army for some years now:

Where does that leave people in those little cottages facing Craigsville Beach on Cape Cod when Cape Wind goes online?

Nearby turbine noise = sleep deprivation [unhealthy in itself] which leads to other significant health problems. Beyond that: Measurable sub-audible sound waves sent out as the blades spin past the shaft set up vibration and resonance in our homes as well as our body cavities—ears, ocular orbs, skull, our lungs and bellies. Of course they do. They are the ultimate, inescapable boombox moved in next door.

High doses of infrasound can only be exacerbated by the quality of the audible noise—rhythmic, repetitive, throbbing, thumping, percussive—or roaring and grinding . . . unnatural. People say that the noise gets into their head and that they can’t get it out.

Thousands of industrial wind turbine neighbors worldwide have reported the same symptoms, including headaches, fluctuating pressure and ringing in the ears, increased blood pressure, anxiety, nausea, difficulty with memory and concentration, depression, and panic attacks arising when awake or asleep.

*And as for those who decry these personal reports as ‘purely anecdotal,’ these know-betters are simply exhibiting their ignorance of statistical design. Pierpont’s “case crossover design” is as strong as you can get. Same people, different circumstances: near the turbines, they get sick. People distance themselves from the turbines and their symptoms abate or disappear (until they’ve become ingrained over time, unfortunately).

Back to the turbine area and the symptoms return. Turbines are the only changing variable. Results allow for easy interpretation without the participation of thousands.

·
This is the Wind Turbine Syndrome

Turbine infrasound has a direct physical impact on ~10% of those living within 1.25 miles or more. More often the young, the old, those who are especially sensitive to stimuli (the autistic, those with a prior PTSD, those of us who for whatever reasons have retreated to rural areas).

Again, around the world, minimum 1.25 mile setbacks from residences are being codified after the health impacts have been all-too-amply made clear.

Let’s look at this from one more direction: Consider the announcement which showed up in the Watertown (NY) Daily Times: Sunday, May 16, 2010:

It also can test patients’ abilities to walk on stairs or step off a curb correctly. . . .

Mr. Burch said the idea of a balance center came about when various ear, nose and throat specialists in the Syracuse and Utica areas mentioned they were getting a lot of patients from the north country. He said specialists in Utica plan to refer up to seven patients a week to the new center. . . .

Randy L. Lehman, director of rehabilitation services, said he expects the equipment to improve the quality of life for those in the north country who may suffer from balance problems.

Why open a clinical center to diagnose vertigo, dizziness, and related inner ear (vestibular) disorders in Lowville, pop. 3500, some 90 miles NE of Syracuse?

Maybe because Lowville is some five miles from the outskirts of the Maple Ridge Wind Farm whose 140, 1.65MW turbines make up the largest wind farm east of the Mississippi.