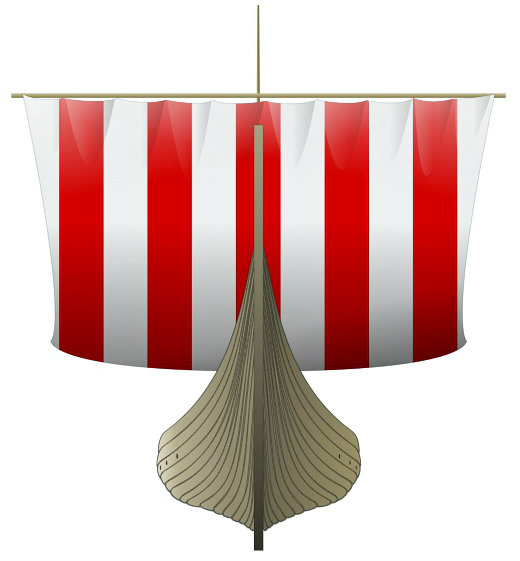 Having lived in Denmark for several years as an expatriate, I know that it takes a lot before Danes protest against something that is generally viewed as “good” for their country.  Danish society is consensus-driven and trust-based.  Danes see themselves as a “tribe” rather than as a multi-faceted society where different opinions and views co-exist and conflicts are therefore inevitable.

If some Danes take to drastic (and creative) measures like putting on a show about the horrors of wind power, you can be sure they have been pushed to the limit.

When Danes say “enough is enough,” they mean it.

Danes are tough people and they are not easily fooled.  They know a scam when they see one.  When Danes are taking to the streets to protest against a stupid idea, you had better pay attention, as they are usually right.

Faux (false) EURO currency?  Nope, the Danes were smart and stuck with their Kroners.  Investment Bubble?  The Danes have resisted the temptation of quick profits and now have a low 5% unemployment rate.  Compare this with 25% in Spain, where low interest rates and tax breaks resulted in impressive growth figures for a few years, but not much else.

Speaking of Spain, the EU paid for some wind “parks” there to “develop” the country.  When funding petered out, local governments couldn’t afford the maintenance and the turbines are now starting to fall apart.  So much for that “cheap” energy source myth.

Why, then, did those savvy Danes allow so many wind parks to be built in the first place?

There are several reasons, all connected to the way Danish society works.  Danes do (did) trust their government; they truly believe that decisions made by the administration in Copenhagen are in their best interest and, usually, they are (were) right.  This fits with the Corruption Perception Index, according to which Denmark and New Zealand are the countries wherein corruption is least likely to happen.

At the same time, Danes are staunchly loyal to Danish brands and companies, again leading international rankings.  (There used to be an agency in NYC that published those figures annually.)  This behaviour is based on the traditional belief that “Danes don’t betray Danes”—a cornerstone of Danish society.

Can you see the conflict?  Opposing Vestas and the government in their plans to install IWTs has been “un-Danish” in the past.  Even if you had reservations, you didn’t speak up.  “If it comes from Denmark, it is good for us Danes,” was the common belief.

That’s why wind developers met almost no resistance in the past.

Obviously, this is now changing.  Denmark is already suffering from widespread low frequency “noise pollution” because of a de-centralized system of “micro-power stations.”  It is so bad in some areas that Denmark was the first country to form a society against ILFN (Infrasound and Low Frequency Noise) pollution, called “Infralydens Fjender” (Enemies of the Infrasound).

Hence, when Danes realized that IWTs also emit infrasound at high levels, by golly they took action—at least the ones who were fed up with being brain-washed by Vestas and the government.

.
Editor’s note:  See the following letter from the Infralydens Fjender group to the Danish Prime Minister.  (Click here for a lousy English translation.  Lousy, yes, nevertheless it gives you a good idea of what’s going on.) 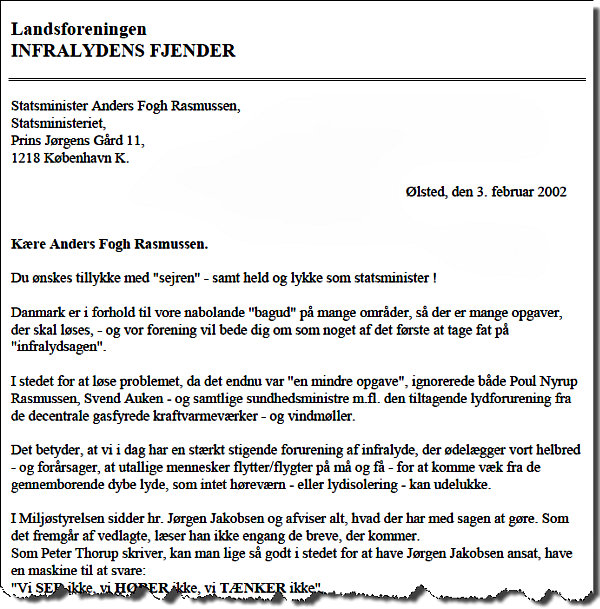