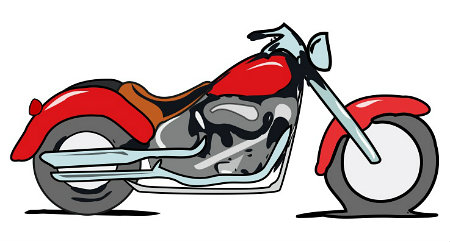 He drove up in a beat-up Ford Pinto. It looked like someone had spray-painted it with a hand-held can—orange. This is the jalopy he drives around Albuquerque.

I stride over, grinning, with my hand out. “You must be a roamin’ priest,” I boom out. I had talked to Father Bob often by phone but never met him till this moment. He’s full of corny jokes. This is one of his corniest: how he had been once invited to serve on some ecumenical panel. The chairman said he needed a Roman priest, and Father Bob (as he calls himself) replied that he was “roamin'” alright—roamin’ the skies in his Cessna.

Anyhow, he liked that I turned his joke on him. The hand he shook mine with was grease-smeared. I noticed his black shirt untucked in the front; I noticed the food stain on the belly of the shirt, the dirt on the coat sleeve, and the baseball cap and red Irish hair. He was apologizing for the soiled hand. “I was working on an engine,” he hurriedly explains. (Probably someone else’s car engine, I figured.) I figured, too, that if this priest was flying bush planes around Alaska in the 1940s (which he was) and planes around New Mexico and Mexico since the 1950s (which he was), he must know engines pretty darn well. On weekends he rides a 50-year-old Harley around town, and hits the teen hangouts. He says that a 77-year-old priest rumbling up in leather on an antique Harley is an eye-catcher for kids.

It is. They think he’s cool. He gets the thirteen and fourteen-year-olds talking about the motorbike, and then gives them a message of hope, of confidence. He tells Nina and me over coffee that the Lord told us to be fishers of men, “but he didn’t tell us what bait to use.”

Father Bob Kirsch is the founder of the San Martín Flying Mission. He flies doctors and nurses down to Chihuahua province in northern Mexico to minister to the Tarahumara, an ancient mountain people famous for their runners. There are about 25,000 of them. When he can beg enough money out of some American philanthropy, he builds a clinic. He told us that a Rotary Club somewhere in Texas had just finished putting up a handsome new clinic for his people. He was most proud of the Rotarians for this.

He was not proud of himself. The man showed remarkably little vanity or even concern about himself. Whether it was his appearance or dignity or even his safety, he was indifferent to the usual vices, so far as I could tell. This was amazing to witness. His thumb-smudged business card carries a quote by Albert Einstein: “Only a life lived for others is truly worthwhile.” To meet this priest gives words like that substance.

He said the Tarahumara were being withered by a tuberculosis epidemic. Given their way of living, including their nomadism, it was proving most difficult to treat them. As he spoke he couldn’t keep from digressing into long admiring speeches on their wisdom and knowledge of the ways of the earth. He said the early missionary priests had done incalculable damage to people like this when they damned their way of life. Damage that was most likely irreparable, he thought. I questioned him closely about his thoughts on their culture. He said he was a convert to their religion—he, too, viewed all of creation as intelligent and inspirited. He included rocks in his commonwealth of spiritual beings—not just biological life but the stones themselves.

Clearly he loved these people and just as clearly he loved their “way of the human being.” He said that to truly understand people one must eat their food and live in their homes and dance their dances and speak their language. One must convert to their way of life.

Nothing arm’s length in this man’s theology.

He asked if I had read any of Teilhard de Chardin. I said I had and that I admired Teilhard the mystic and pantheist. I told him how I had used his “spirit of the earth” concept as the title of my last book. This pleased him. He said if there were to be a fourth member of the Trinity, he would nominate Teilhard to that honor.

Father Bob recruited Nina and me to join him in his spiritual adventure. We were dazzled. I asked if he could use me as a non-ordained priest should we move to Albuquerque. He chuckled a rich Irish chuckle. “Yes, of course.” I asked if he could teach me to fly his planes so I, too, could deliver the doctors and medicines to the Indians. “Of course.” When I asked, lastly, if he would still be alive when we returned a year from now, he explained that he considered dying to be merely a graduation, from the mortal to the fully spiritual plane. He laughed: “I know I don’t have enough credits to graduate yet.”

As we walked Father Bob back to his car a man approached on the sidewalk. An Indian. He had been drinking. He walked meekly up to the priest, calling him padré, and asked how he might get to a certain street somewhere in the city. Father Bob asked him where he was from. He was Navajo, from Farmington, up by the Four Corners—far from here. Father Bob asked him his name. “Thomas,” he said thickly. “Thomas, I will take you where you are going,” said the padré. “Come. Get in my car.”

As we said goodbye Nina put out her hand, but he put his arms around her and hugged her (saying under his breath that in Mexico one hugs another to check for a shoulder-holster)—and then shook her hand. He did the same to me.

Then, turning to Thomas, the priest embraced him, too, as though this derelict in shabby clothes were possibly Christ in disguise. In that instant I realized this is precisely how Jesus would come back to us: not in glory but in the rags of someone in despair.

The priest who knew neither fear nor vanity nor indifference, knew that.