He “kept saying his wind turbines were ‘green’ and their studies showed they were absolutely safe for our health.” 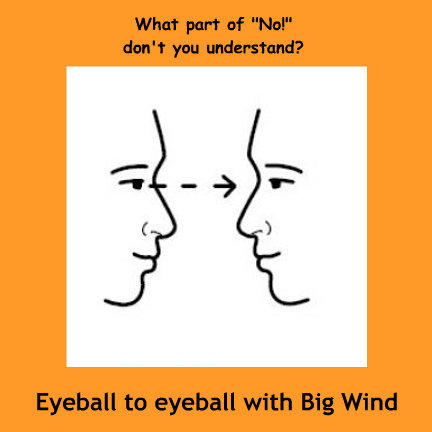 Editor’s note:  The good people of Stanstead, Quebec, are being stalked by Big Wind.  This note arrived yesterday from a distraught woman named Lynda Hartley.  I replied, offering to post her plea on our site, in the hope that readers would reply in their Comments, below, with suggestions and offers of assistance.

Please respond to her.  This is another “bus wreck” in the making.

Lynda followed her first note with the following:

We just found out about this project last week; we had no idea we had to be concerned about wind turbines being put up in front of our home.  Also, it was just last night at 6:30 at the town meeting that we heard of this Chad Farrell, Encore Redevelopment, and gave him a piece of our mind, telling him “no way” would we ever agree to these horrible things.

We had heard awful things on CTV, CBC News and elsewhere about the wind turbines, and felt sorry for the people affected. With all the problems in the world, I hadn’t researched the health problems and other negative effects till yesterday, when I realized we had to be informed and take prompt action.

Everyone I’ve talked to on our road and surrounding area is opposed and wants to know what they can do.

I was hoping you’d be able to help us.

We live on Lagueux Road, in Stanstead, Quebec, Canada, and we were recently informed by a lawyer’s letter around March 26th, that a company called Encore Redevelopment and Encore Derby Line Wind, LLC, plans to erect at least 2 giant wind turbines of 427′ tall on the Stanstead (Quebec) and Derby (Vermont) line border, which is 500′ from our house and even closer to our neighbors’ homes.

The company has leased the land from two farmers.

We are all absolutely opposed to the project, but were informed last night at a Stanstead town meeting that the date to oppose was the 26th of March—before we received the letter!

Two wonderful ladies from Derby, VT—Glenda Nye and Karen Jenne—were responsible for getting the company to inform their Canadian neighbours of the situation, although the company made certain it would be too late.  These ladies are also against the wind turbines.

At the town meeting we had in Stanstead last night, the representative for the company, Chad Farrell, kept saying the information we kept referring to from the Internet (such as your “Guide to Wind Turbine Syndrome”) was false and that his wind turbines were “green” and their studies showed they were absolutely safe for our health.

Chad Farrell reluctantly disclosed that they plan to get the wind turbines up this August!

Can you help us stop this project from going forward? 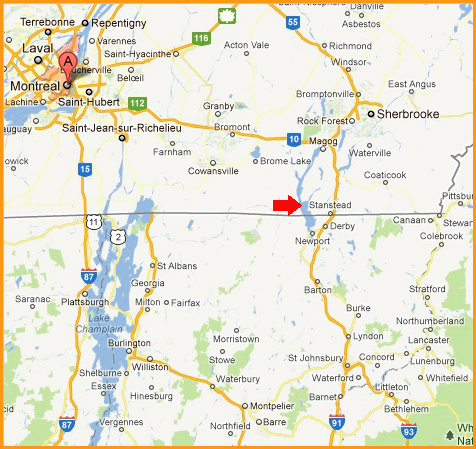