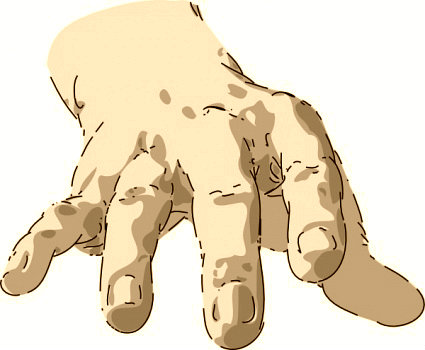 Last April, I spent two nights here, at home, covered with sleep surveillance equipment. I noted what I heard or not and at what time, and what I was doing (going to sleep, how much I heard the wind turbines, or if there was perfect silence, etc.).

The debriefing took place Monday July 16, at the hospital in Saint Etienne. A certain Doctor Emilia Sforza commented on the two diagrams corresponding to each of the two nights monitored. (I had never seen her before, she was different from the head of the unit I had seen before the surveillance, a certain Dr. Roche.)  She never took the notes I had given them about the noise I heard during those two nights. She had not even read them, I suspect. She never pronounced the words “wind turbines.”

She told me, on the basis of the first diagram showing the first night, that I had first gone to sleep rapidly and then slept correctly.

On the second night, I took much longer to go to sleep and my sleep was very bad. She then told me I had a psychological problem.

She never mentioned any sort of connection with anything I could have heard or not during those two nights.

I then made her take my notes out of her file, which she did reluctantly with a very sorry countenance.  I had to ask her to look at my notes. She glanced at them and handed them to me disdainfully, saying she couldn’t read them, with this same sorry, nearly disgusted, countenance.

I showed her: on the first night, when I went to sleep rapidly and slept correctly, as she herself had said, my notes read, “Total silence.”

But I couldn’t go further. Her speech was ready.  She knew! She told me, again, that I had a typical psychological problem and that I was “obsessed” and that I needed therapy. Urgently.

She never showed me what the diagram said about the second night when I was awakened at 5:30 by very irritating vibrations, or when I got up at 7:10 in a very unnerved state (as my notes read).

And then, she said: “You can’t go against a renewable energy.”

I was astonished when I heard this doctor actually pronounce those words: Is that a clinical judgment? Can a doctor say such things? “You can’t go against a renewable energy”?

I stayed polite. Not because I wanted to be (I was devastated). I’m used to not being believed; I know I’m on my own in this matter, in this nightmare, and I’m so tired of all this. I should write to this hospital and tell them to change jobs. I should sue that doctor Sforza for what she told me and for the despicable way she said it.

To top it all, on Sunday night (two days ago), I was tired and couldn’t find the energy to drive down to my mother’s apartment to sleep there, as I usually do.  So I stayed at home and slept in my house. Everything was silent at the beginning.  God, it’s so nice at home when there are no vibrations! But, of course, the wind turbines started some time during the night and went on into the morning, and I left home Monday morning completely exhausted and in the weird state those vibrations left me in. My recovery time is much longer now, I’ve noticed.

I was still in a strange state Monday afternoon in Le Puy and I had a car accident there. My fault 100%.  I DIDN’T SEE the car I bumped into. I didn’t SEE it! That’s frightening. I LOOKED, and I DIDN’T SEE. Fortunately, nobody was hurt. It’s as if I had aimed at that car and very consciously cut off its route. Nobody does that.

And, of course, I’m told I was tired. “Such things happen when you’re tired.”

Now I say “yes.” I just don’t try to explain any more that it’s not only tiredness. I know what I know, and I’m the only one around to know.

I’m leaving Thursday morning for a week’s rest in the Alps.  My sister-in-law has an apartment there, in Briançon. No turbines there.

My house is not ready to sell.  It will wait. It won’t be ready in September. I don’t know where I’ll be living then and I’ll have to work again.