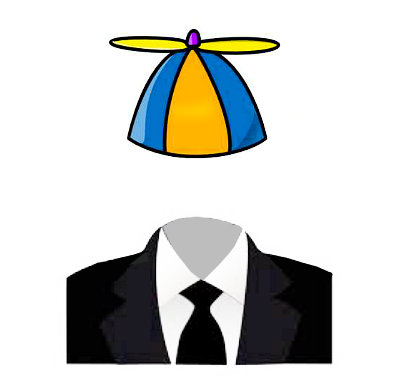 Editor’s note:  The following Letter to the Editor was written by a lady in Staynor, Ontario, Canada, describing her outrage against a wind energy developer and local officials and residents who support turning her community into an industrial wasteland.
.

This is what I said to the wind energy weasel who offered me $30,000/year for 20 years if I would sign a contract to host 3 huge turbines on my land.  He asked me, as well, to add my initials to the clause forbidding me ever to say anything negative about wind turbines on my land. (Pardon me!)

He told me not to get too excited, as he had yet to get all the other farmers on the ridge to sign up.

He gave me a colourful brochure and told me to make sure I did my “due diligence” and researched the wonders of industrial-sized turbines.

I flipped through the brochure and saw the big pictures of big white wind turbines. It struck me that the beautiful farm in the brochure had lost the look and feel of a farm and now looked hideous; it looked like an industrial wasteland.

I looked at this guy in the white shirt and tie and asked him,

Wouldn’t you do better selling Filter Queen vacuum cleaners or time-shares in Mexico?  I would prostitute myself before I would prostitute my farm or sell-out my neighbours or betray the pioneers who worked so hard to clear this land and build what came to be called Clearview. CLEAR view, Get IT? That’s what it’s known for! The breathtaking vistas that attract people looking to settle in a peaceful country setting. The tourists who come to shop in the quaint little shops or the bicycle people who pedal our hills and dales each weekend.”

I had already done my “due diligence” and researched the “marvels” of wind power. The first thing I noticed was that when a company tries to woo a community, their salesmen tell big whoppers! They say things like the “X number of megawatts we put out will power Y number of homes for your community”! They don’t tell you they are quoting NAMEPLATE CAPACITY! A capacity that is never reached! My speedometer on my dash tells me my car can go 220 kph—but in reality would it ever do that? It turns out that wind contributes less that 1 % to the Ontario energy supply, and less than 5% worldwide!

The next big whopper they tell is that wind turbines will reduce carbon emissions and stop climate change. Oh really? How can that be when our gas plants have to run “hot at the ready” to amp up or down as the wind turbines go on and off the grid?  All that up and down, up and down, up and down causes more emissions and wastes fossil fuels. If we are trying to get off fossil fuels and save the planet, why did Germany build 26 new coal plants to stand at-the-ready to provide baseload electricity when the fickle wind decides not to blow? How come China builds a new coal plant each week to back up its wind turbines?

Do you not think that if any significant reduction in emissions were made anywhere in the world due to wind turbines that this would make headline news? Do you notice that a big company like WPD never seems to mention how much emissions have been avoided in reality?

Again, wind companies spew out nameplate capacity, then extrapolate how much emissions they prevent. It is a big fat lie!

Now I have to tell you my heart did a flip flop when first I read Jeff Watchorn’s letter demanding more from our elected representative and Deputy Mayor than the usual Pollyanna blather about how she supports anything “green.” This is the lady who has twice gone public and announced in no uncertain terms that she’s glad the province enacted the Green Energy Act and took this off our plate.  “We don’t have time to get involved in the wind turbine debate” (I paraphrase).

Say what? You don’t have time to become involved in the most serious issue to confront Clearview in the history of Clearview? The issue that will impact our township and the families that have built their lives here, for the rest of our lives? That is shocking and downright shameful. It leaves me speechless! Except to say, “You bake a good cake, Alicia.  Consider staying home and baking cakes for your husband.”

Why did my heart do a flip flop? Because on the very next page of the local paper, right after Jeff Watchorn’s excellent letter, we got some more blather from a Creemore man who claims he likes to drive by a wind farm and look at the majestic 50-story wind turbines. Well, sir, drive to Shelburne, and knock yourself out! I notice you didn’t say you wanted to live amongst them.

Then this guy goes on to say that tourism is not affected at Niagara Falls or the Hoover Dam in Nevada. Duh! News flash:  Apples are not oranges! He then winds on about how “green” turbines are and how much fossil fuel they save. Yup, he drank the Green Kool-Aid right off the wind carpetbagger brochure! I imagine him as one of those nincompoops who stands beneath a 50-story wind turbine and has an orgasm over how quiet it is. Another news flash:  Sound travels! Imagine a mammoth machine anchored to bedrock, throbbing and pulsing out vibrations that have been picked up in a study by Scottish seismologists 10 miles out! This what’s causing all the heartache in Ontario and rural communities around the world. (Please note that the original wind turbines in Europe were only 100 feet tall, not the 60-story ones they are erecting in Ontario today.)

These folks that have had to abandon their homes in order to stop the headaches, tinnitus, vertigo, sleep deprivation and nausea are not whistling Dixie, pal; they are sick, their kids are sick and they had to leave their life’s dream and home. Most had to let the bank foreclose their home as they could not pay rent in town and continue to pay a mortgage on their abandoned home.

Finally, after 5 years, someone listened and now a proper health study is underway. Until the results are in, many townships are demanding a moratorium on all future building of wind factories. Anything less is criminal.

By the way, sir, did you know that banks are not giving mortgages to families in close proximity to a wind factory? Banks (correctly) note that the value of the home is not the market value it was beforehand. And did you know that Insurance companies won’t insure a farm that hosts wind turbines? It seems they realize they can’t control the numerous people willy nilly coming onto the land to service the machines, meaning the insurer would be exposed to too much liability. Great huh?

Well Mr. Pollyanna, if WPD gets their final approval and builds their Fairview wind factory, you can rent my farmhouse very cheap. Then you can think about how wonderful they are at 3 o’clock in the morning when you can’t get to sleep. Come and see me; my farm is the beautiful one with all the signs saying “Wind Turbines Make Bad Neighbours” and “Wind Turbines: A BIG FAT LIE!”

Oh, I almost forgot. The UN has asked the European Union to rethink their energy policy. It seems the thousands and thousands of wind turbines to date have not produced the energy they predicted, and the EU cannot afford this farce any longer. Guess they thought they would get more bang for their buck. (Yeah, and I thought my car would drive 220 kph ‘cause it says so on the speedometer.)