Why the philosopher went mad 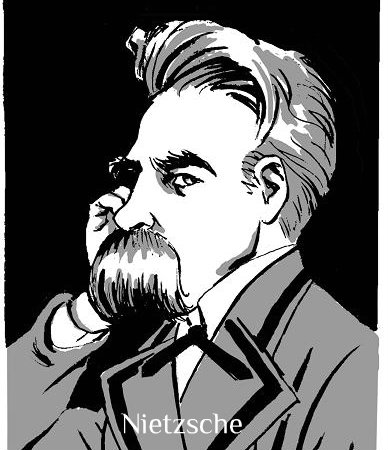 Nina’s at the hospital discharging a 15-year-old abducted from home, driven at knife-point to a remote spot, raped then stabbed over and over. Finally pushing her out of the car, naked, bleeding, by the side of the interstate. Spotted there by a truck driver who called the police.

She’s in the hospital, recovering.

Though of course she won’t recover for years. Cuts and broken facial bones will heal soon enough. The soul won’t heal so easily.

I write about humanity and humanness—and then, this. Here. On my telephone. This child. A fellow man (literally) does this to a child.

I am not angry at him; I am uncomprehending. I am left wondering how such a person is molded. I am not a man of morality; morality is a late-comer in human consciousness. I am a man of something older, more important that morality: the gift. The gift and grace.

Where is the gift and grace in this? In this man’s psyche, his soul, his mind? He suckled it at his mother’s breast, and then what?

This is hard. I remember Friedrich Nietzsche, son of a minister, the philosopher who wrote volumes about what it means to be human. Study his photographs and you see an intense man. One day he witnessed a man, a tradesman, whipping his horse as it drew his cart. The philosopher ran out, drove the man off, and embraced the horse—and his mind simply snapped. Like a twig: snapped in two. The incident was a trigger; from then on Nietzsche was an incoherent madman.

When does one’s mind snap apart because of stories of a man raping, cutting, discarding a 15-year-old girl?

A difficult question. Walt Whitman offers the best response: “I am the man … I suffered … I was there.” I am the girl and I am her assailant. I am both. I am compassion; I am grace. I am the gift. I am healing—healing the girl, the man, and healing myself. That is all.

This man was at one time a child; a mother loved him for awhile, at least.  (Or perhaps not, for that too is possible.)  Still, he was a boy. Then a teenager. I have a son who became a teenager who became a young man. I have seen my child grow. Perhaps I could have watched that child, the rapist, grow into a festering sore.

No, I don’t detest him; what I am is uncomprehending of the paradigm that produced him. It’s as though the stream whose patient current carves the soul into the shape of compassion—as though that stream has abandoned some people, or perhaps been unavailable to them. What then grows is a monster of tissue in human form.

Where did that creator of genuine human life go? That creator that is grace and the gift, I mean? It was there for me when I was a child and it has been with me ever since, but where was it for him? And many like him?

I sometimes understand why the philosopher went mad.